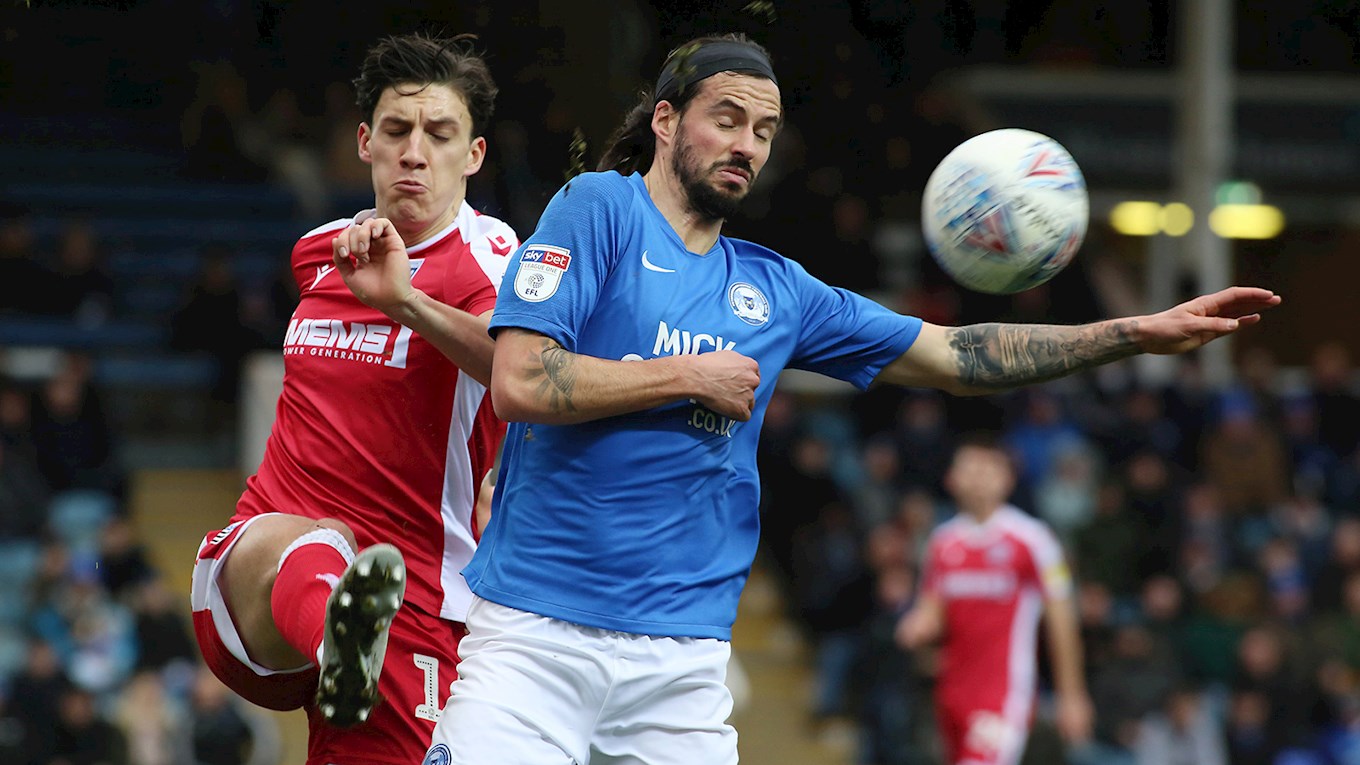 Match report for Peterborough United vs Gillingham on 11 Jan 20

Posh pick up point against Gills in difficult conditions at the Weston Homes Stadium.

Peterborough United and Gillingham played out a goalless draw in blustery conditions with both sides cursing their luck in front of goal with the visitors hitting the bar twice and Posh striking the woodwork too during a hard-fought encounter.

It was a scrappy start to this Sky Bet League One encounter in very difficult conditions with a blustery wind affecting proceedings. Jordan Roberts, a one-time Posh Academy player, headed wide from a flighted cross from the right in only real action in the box inside the opening 20 minutes.

Posh had appeals for a spot-kick turned down on 23 minutes as the ball appeared to strike the arm of Fuller at the back post but referee Mr Johnson waved away the protests. Goalkeeper Jack Bonham produced a fine stop to keep out debutant Jack Taylor on 32 minutes after Mark Beevers’ cross had looped into the air.

Bonham did well to hold a low effort from Brown on 38 minutes after good link-up play between Toney and Mason in a wide area. The visitors struck the bar twice inside 10 seconds on 40 minutes as Roberts and Hanlon both saw headed efforts from close-range strike the woodwork.

Pym produced a good stop to keep out a curling Hanlon effort three minutes before the break as the Gills ended the half in control. Hanlon headed an in-swinging cross wide of the target moments later as Steve Evans’ men came close again.

Connor Oglivie still had time to flash a shot wide of the target from 30-yards before the referee brought an end to the first half with the score goalless. Bonham produced a good stop to keep out a diving Toney header on 62 minutes before Posh made their first switch with Marcus Maddison replacing Boyd.

Maddison dragged a 35-yard shot wide of the target on 72 minutes after good work initially from Brown in a central area. Posh struck the woodwork on 76 minutes as Toney’s shot was spilled by the keeper onto an onrushing Eisa but his shot took a deflection and cracked against the bar.

Eisa fired over moments later from a lot further out before the visitors made their first switch with Roberts withdrawn for Jakubiak. O’Connor was cautioned for a foul on Maddison on 79 minutes much to Evans’ dismay.

Posh were reduced to 10-men on 87 minutes as Beevers was shown a second yellow card for obstruction by the touchline. Posh had a good chance to win it late on as Toney wrestled his way into the box but he toe-poked his effort wide under pressure.