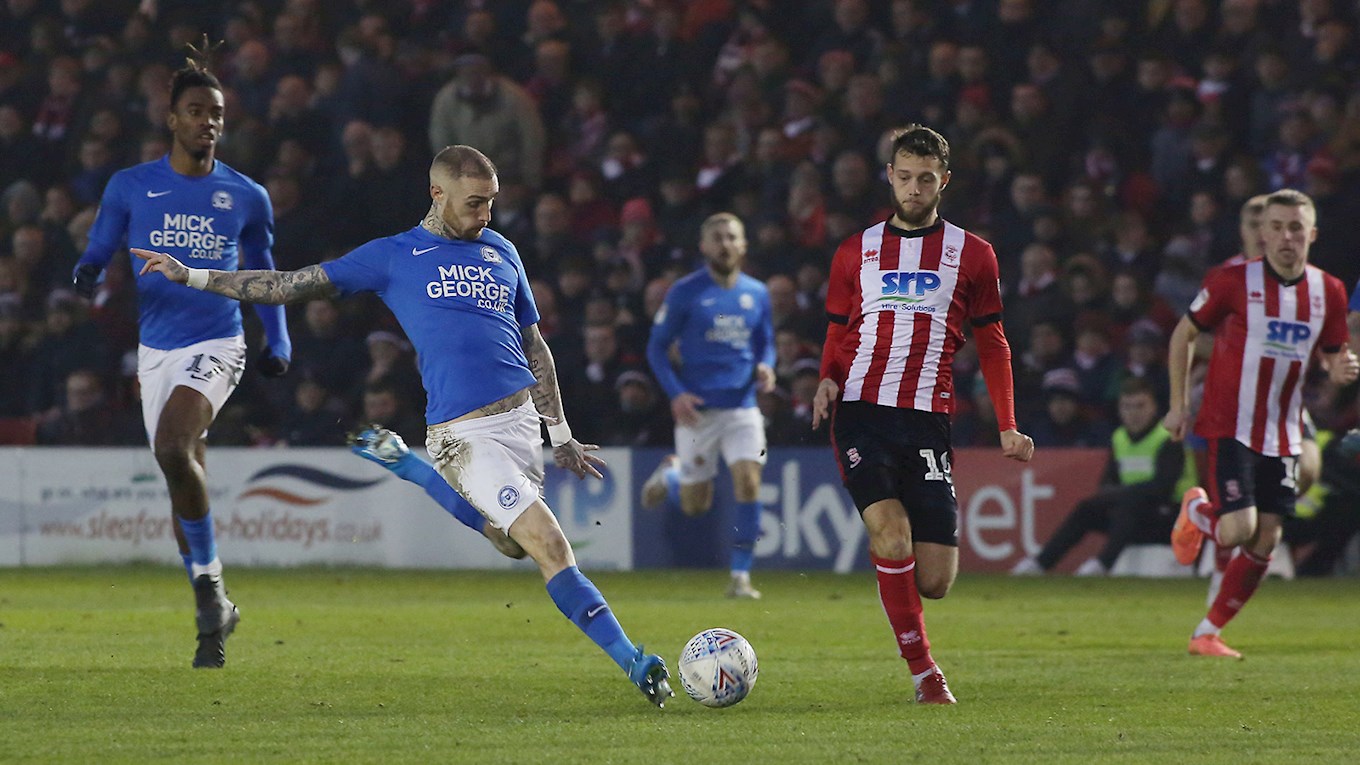 “A moment of madness” from Siriki Dembele, a red card within a minute of his introduction as a substitute costs Posh at LNER Stadium.

Peterborough United suffered a 2-1 defeat at Lincoln City as a moment of indiscipline from substitute Siriki Dembele, where he was shown a red card for a headbutt with a minute of his introduction, swung the game in the favour of the hosts.

Posh felt they should have been awarded a spot-kick on 10 minutes as Boyd appeared to be shoved in the back following an aerial challenge by Bolger. Reed then sent a pile-driver from distance over the crossbar as the hosts struggled to clear a ball back into the penalty area.

Grant side-footed wide on the volley from a swift Imps counter-attack on 24 minutes. Posh opened the scoring on 27 minutes and it was a fine goal from Ivan TONEY, curling home past a flat-footed keeper for his 16th goal in all competitions this season.

Mason was cautioned for a shirt tug on 36 minutes by referee Mr Sarginson in the centre circle. Goalkeeper Pym produced a fine stop from close-range to keep out Walker on 40 minutes before doing well from the resulting corner to punch clear under pressure.

Morrell cracked a volley wide from 30-yards for Michael Appleton’s men three minutes before the half-time interval. Boyd was booked for handball on the stroke of half-time with two minutes added by the fourth official.

Lincoln made a change at the break with Jack Payne replacing Michael O’Connor. Maddison tested Vickers from long-range on 53 minutes which the keeper did well to hold. Woodyard was cautioned on 56 minutes before Posh made their first change with Joe Ward replacing Boyd.

Maddison was denied by Vickers on the hour mark after a strong run from his own half after being picked out in space by Ward. The home side drew themselves level on 67 minutes as a deflected shot from WALKER looped up over Pym and in via the underside of the crossbar.

Lincoln had the ball in the net again as a looping cross from Payne caused havoc but the offside flag was raised. Posh were reduced to 10-men on 72 minutes as substitute Dembele, only on the pitch for a matter of minutes, was shown a straight red card for a crazy headbutt.

Bolger was cautioned for a foul on Maddison while Pym did well keep out a skidding Payne shot. The home side were a whisker away from going ahead when Toffolo ghosted in at the back post but his effort struck the far post before Beevers cleared.

Pym produced another tremendous header from Anderson on 88 minutes as Posh were penned back. On 89 minutes, the Imps got the goal, GRANT with a superb free-kick over the wall after Maddison had been penalised for a free-kick 25-yards from goal.

Butler was cautioned in stoppage time for a foul as Posh ended the game in frustration.