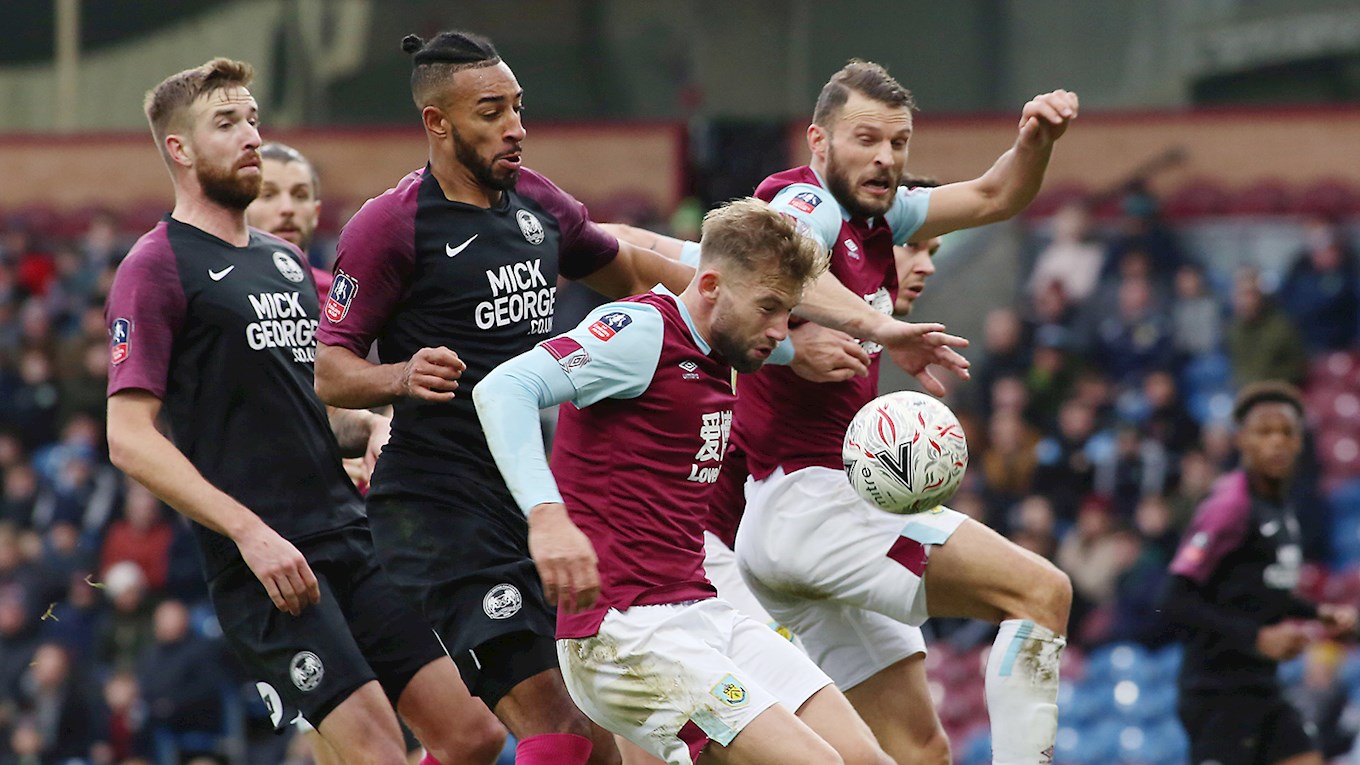 Match report for Burnley vs Peterborough United on 04 Jan 20

Posh were knocked out of the Emirates FA Cup at the third round stage by Burnley at Turf Moor.

Peterborough United conceded three goals in the opening 23 minutes at Turf Moor, but put up a decent fist of things against Premier League side Burnley, eventually beaten 4-2 with the second goal controversially given despite Jay Rodriguez standing in a clear offside position affecting the ability of goalkeeper Christy Pym to make a save.

The goal went to VAR but surprisingly it was given after a short delay despite the front man having to leap out of the way to avoid contact whilst standing offside. Ivan Toney and Ricky-Jade Jones netted for Posh in a spirited response.

It was a nightmare start for Posh as inside the opening six minutes the Premier League side took the lead as a Wood header was parried into the path of RODRIGUEZ and he made no mistake from close-range. A VAR place took place, but Wood was clearly onside.

Goalkeeper Pym produced a fine stop to keep out Johann Berg Gudmundsson on nine minutes as the Clarets came close to doubling their lead. Burnley doubled the lead on 11 minutes as PIETERS drilled the ball into the bottom corner from 25-yards.

Posh were a whisker away from pulling a goal back on 18 minutes as Reed fed Brown, but the debutant saw his right-foot shot roll inches past the far post. Burnley made it 3-0 on 22 minutes, HENDRICK’s shot taking a deflection off Beevers and into the back of the net.

TONEY reduced the arrears on 39 minutes as he latched onto as poor Lowton header to round goalkeeper Joe Hart and slot into the net for his 16th goal of the campaign. Reed saw a shot blocked as Posh ended the first half strongly.

Maddison saw a low shot well held by Hart moments after the re-start with the Clarets bringing on Taylor at the interval. Burnley extended their advantage on 52 minutes as a reverse pass from Lennon picked out RODRIGUEZ and despite a VAR check, the goal was given.

Brown was booked for a foul before Posh made a change with Eisa withdrawn for teenager Ricky-Jade Jones. Posh introduced another teenager on 63 minutes with Kyle Barker on for Reed. Maddison drilled a free-kick into the wall on 70 minutes with the follow-up screwed well wide.

Posh pulled a goal back on 76 minutes as a corner from Maddison was nodded across by Beevers and stabbed home by 17-year-old JONES. There was a check via VAR but after a lengthy delay the goal was given to the delight of the Posh fans.

Toney flicked a Butler cross wide of the target on 80 minutes as Posh buoyed by the goal and the backing of the large travelling support continued to press.