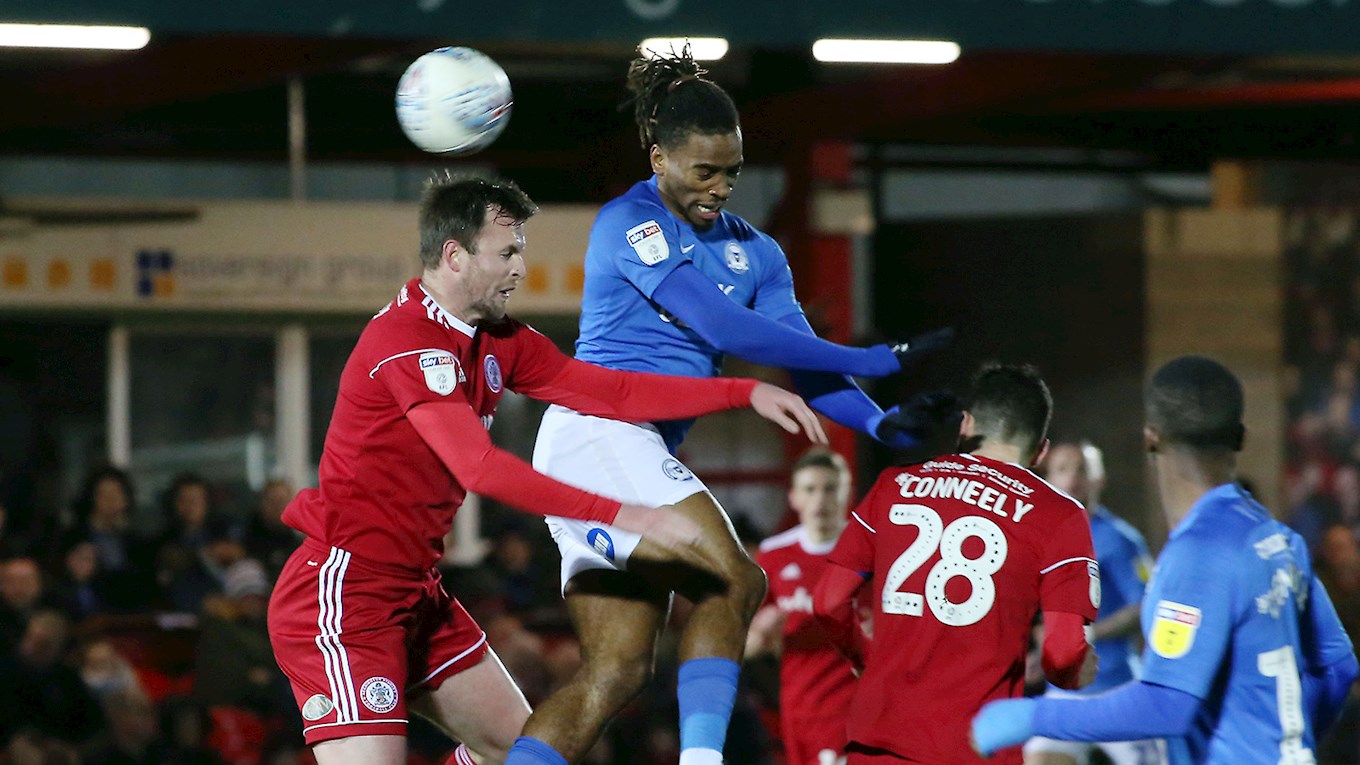 Posh made it three wins on the spin with a solid 2-0 victory at Accrington Stanley.

Peterborough United recorded their first away win since October 19th and did it in fine style at the Wham Stadium as a goal in either half from Sammie Szmodics and Joe Ward secured a comfortable 2-0 victory over Accrington Stanley.

Goalkeeper Christy Pym made an important stop within the opening two minutes to keep out Sadou Diallo after confusion at the back for Posh following a fizzing cross into the box. At the other end, a Joe Ward free-kick from long-range was deflected behind for a corner which Accrington defended well.

Posh opened the scoring on 11 minutes, Dembele with superb skill in a tight area, beats two then picks out SZMODICS, he takes a touch before rifling the ball past the keeper at the near post via a defection for his second goal in two games.

Charles headed wide from a right-wing Johnson centre while Dan Butler was cautioned for a foul by referee Mr Backhouse. Conneely fired over on 28 minutes after a poor defensive header as the hosts continued to press.

Pritchard skied an effort on 32 minutes as Accrington came close to the leveller they probably deserved in terms of the possession and chances created. Goalkeeper Bursik made a good save to beat away a stinging Kent effort from 30-yards after the defender advanced into a shooting position following a strong run.

Bursik was called upon again on 38 minutes to keep out a curling Szmodics effort after good work initially from Thompson and then Dembele. On 42 minutes, Butler let fly from distance, but this time it didn’t trouble the keeper.

Just after the break, Dembele was close to making it 2-0 as his long-range effort just dipped too late, clearing the crossbar by a matter of inches. Thompson was cautioned for a rather soft foul on 47 minutes. Posh doubled the lead on 50 minutes, Szmodics pass dissected the Accrington back-line and picked out Toney clean through on goal, he was incredibly unselfish and picked out WARD who had the simple task of tapping home on his 100th appearance for the club to make it 2-0.

Kent was cautioned for a foul and from the resulting free-kick, keeper Bursik curled the 25-yard free-kick over the crossbar. Szmodics fired over at the other end following a good break and pass from Dembele as Posh broke at pace.

Brown saw a lot effort well held by the keeper after Toney saw two efforts blocked. John Coleman made a change on the hour mark with the powerful Zanzala replacing Barclay. Darren Ferguson made his first change on 66 minutes with Josh Knight replacing Szmodics.

Toney sent a rasping free-kick inches past the post on 81 minutes after he himself had been felled by Hughes. Toney saw a free-kick beaten away by Bursik as the game went into four minutes of added time.