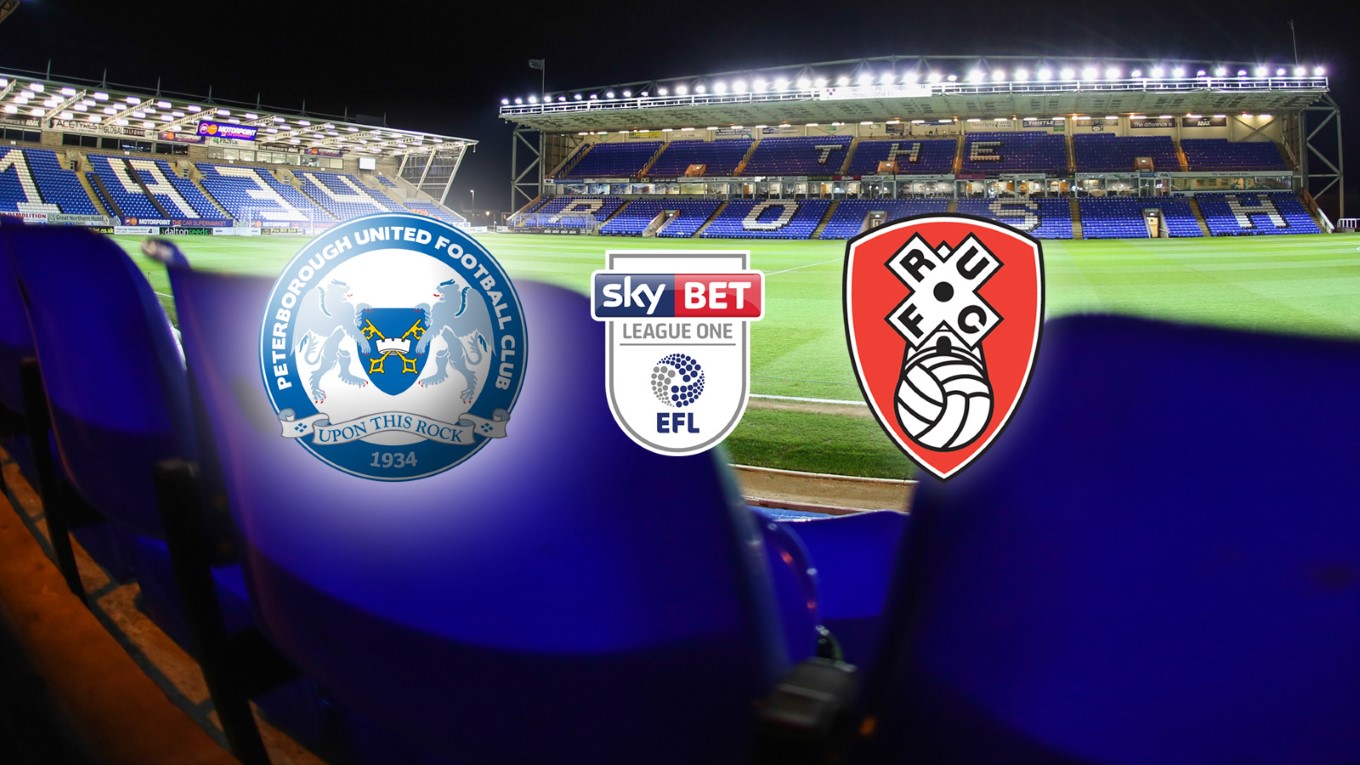 Peterborough United welcome Sky Bet League One leaders Rotherham United to the Weston Homes Stadium on Saturday afternoon (3pm) looking to build on Tuesday night’s emphatic 4-0 win over the side that sit just behind the Millers in the league table, Wycombe Wanderers.

The Millers have been on the charge within the last month with a 4-0 victory over Posh at the New York Stadium among their notable scalps. They arrive the most in-form team in the division and will be backed by a large travelling support.

They dispatched Bristol Rovers 3-0 last time out and have bolstered their options by recalling 13-goal front man Jerry Yates from a loan spell at League Two side Swindon Town.

Posh welcome back on-loan midfielder Josh Knight from a long injury lay-off. The Leicester City youngster played an instrumental part in the club’s early success this season but has not featured since a 1-0 defeat at Shrewsbury Town back in November 2019.

Idris Kanu and goalkeeper Conor O’Malley are the only two injury absentees but manager Darren Ferguson confirmed he will check on the fitness of Nathan Thompson who returned to the starting line-up after a while out on Tuesday evening.

Rotherham have one or two knocks and bruises ahead of the trip with only Clark Robertson and Joe Mattock troubling the physio, the latter with a back problem. Kyle Vassell is in fine form and will lead the line for the club.

“Rotherham are a side that I believe you can tell are a former Championship side. They are strong in all areas from a physical point of view. They were far better than us when we faced them just after Christmas. They have pace and power and I thought that they would be there or thereabouts when it came to promotion this season. We have options in selection and we will have a look at that carefully ahead of the weekend. We knew the challenge this week with games against the top two but it is fair to say that we will need to improve our levels again on Saturday,” Darren Ferguson said.

"In fairness, I think when we played them, they were above us. It just shows you how different runs can change the league table. I am sure that they will have had an eye on the game coming up thinking 'we need to get our own back’. That is understandable because it would be the same for us as well. They have some very good players.

"We watched them on Tuesday night and we've tried to get as much information as we can and then we'll go and try and do the best that we can on the road on Saturday, in front of a good following. You know what you're going to get, all technically gifted players and they can all play. They like to have possession. They have two of the top scorers in the league. There's going to be goals one way or the other, so hopefully they're in the right end,” Rotherham assistant manager Richie Barker said.

Tickets are available at www.theposhtickets.com, via the Ticketmaster hotline 0844 847 1934 (Calls cost 7ppm plus your network access fee) and in person at the Weston Homes Stadium Ticket Office. Rotherham have already sold over 1,000 tickets for the game.

The fan zone (weather permitting) will be open from 1pm with plenty of fun for all the family including the usual inflatables. We also welcome three-time World Freestyle Football record holder Ben Nuttall to the Weston Homes Stadium. Ben is a world-renowned professional football freestyler and will be in the fan zone ahead of kick-off. Check out Ben’s website at www.bnfreestylefootball.com.

At half-time, the successful under 18 squad will parade their Youth Alliance League trophy around the pitch. Matthew Etherington’s men secured the title last week with a 4-1 success at Barnet becoming the first Posh youth team to win the league in recent history.