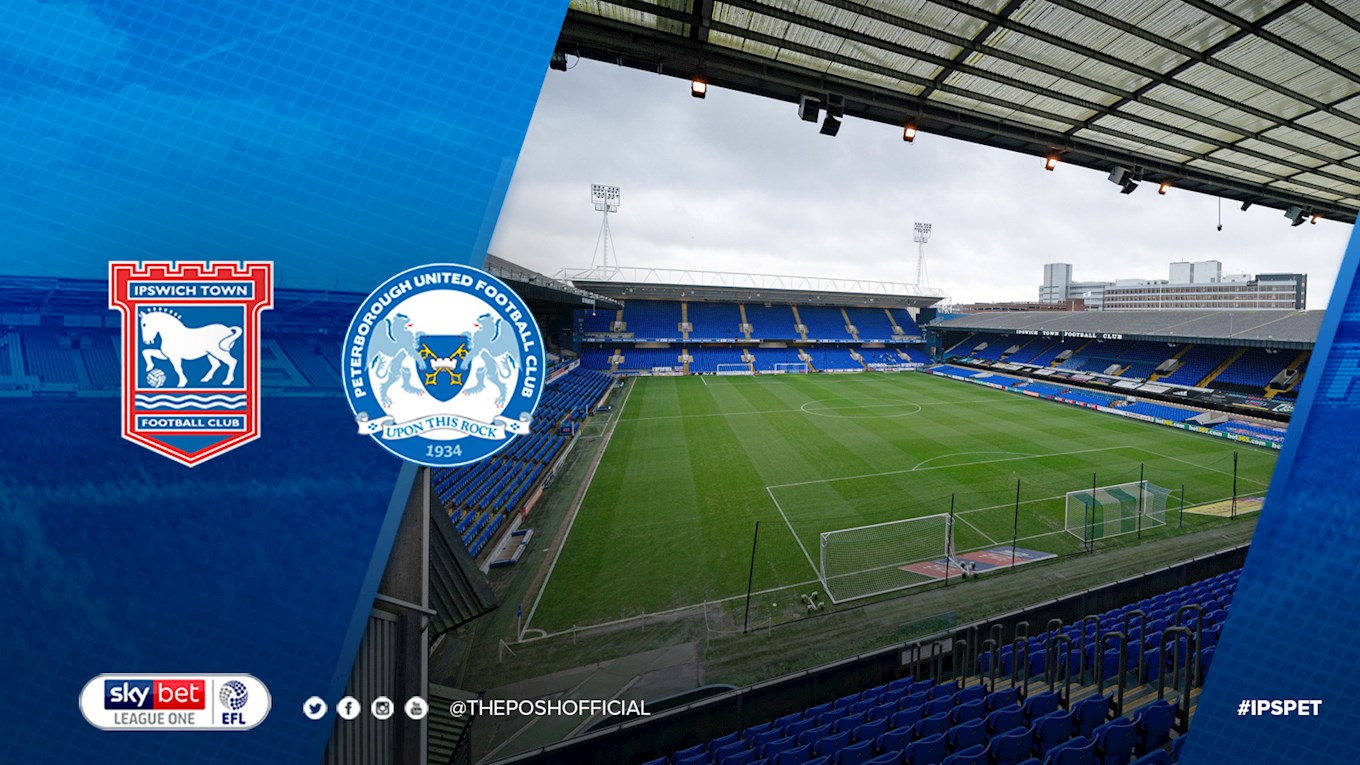 Posh look to make it four wins in a row when they travel to Ipswich Town on Saturday.

Peterborough United travel to Portman Road to face Ipswich Town in Sky Bet League One action on Saturday afternoon (3pm) and go into the clash with the Tractor Boys in good spirits after three successive victories against Wycombe Wanderers, Rotherham United and Accrington Stanley.

Those wins have lifted Posh up into fourth place in the league table with Ipswich still very much in the hunt for automatic promotion despite a dip in form over the Christmas period. They were beaten 1-0 by league leaders Rotherham in their last fixture at the New York Stadium.

Posh welcome back defender Frazer Blake-Tracy from injury but Idris Kanu has not yet been cleared to resume full training after an eye injury. His recent consultation was positive and he is nearing a return.

Ipswich are sweating on the fitness of Emyr Hughes, Teddy Bishop and Josh Earl with the latter expected to miss out with a cheekbone injury. Ipswich have named the same starting line-up for the last four matches, but could make one or two changes for this fixture.

“Ipswich are very difficult to beat at home and they are a tough opponent with lots of good players, particularly in attacking areas. They have good options with Norwood, Keane and Jackson and will be looking to bounce back from the last defeat to Rotherham. We are taking a good travelling support, so it should be a great atmosphere. We go there in good form with momentum and we want to carry that on,” Darren Ferguson said.

“The team's been going really well. We lost a game but it's no problem to lose a game because we've been going well. I won't let one defeat blight it because of the way we've been playing. I won’t sit here and say it was a major disaster. We've been on a really good run so we'll go and try and win another game,” Ipswich boss Paul Lambert said.

The game is all-ticket for Posh fans with only a handful of tickets remaining at 11am on Friday. The ticket office is open, while fans can also buy tickets online at www.theposhtickets.com. Posh have sold just under 1,900 tickets for the game.

Posh will be in the black and pink away kit.