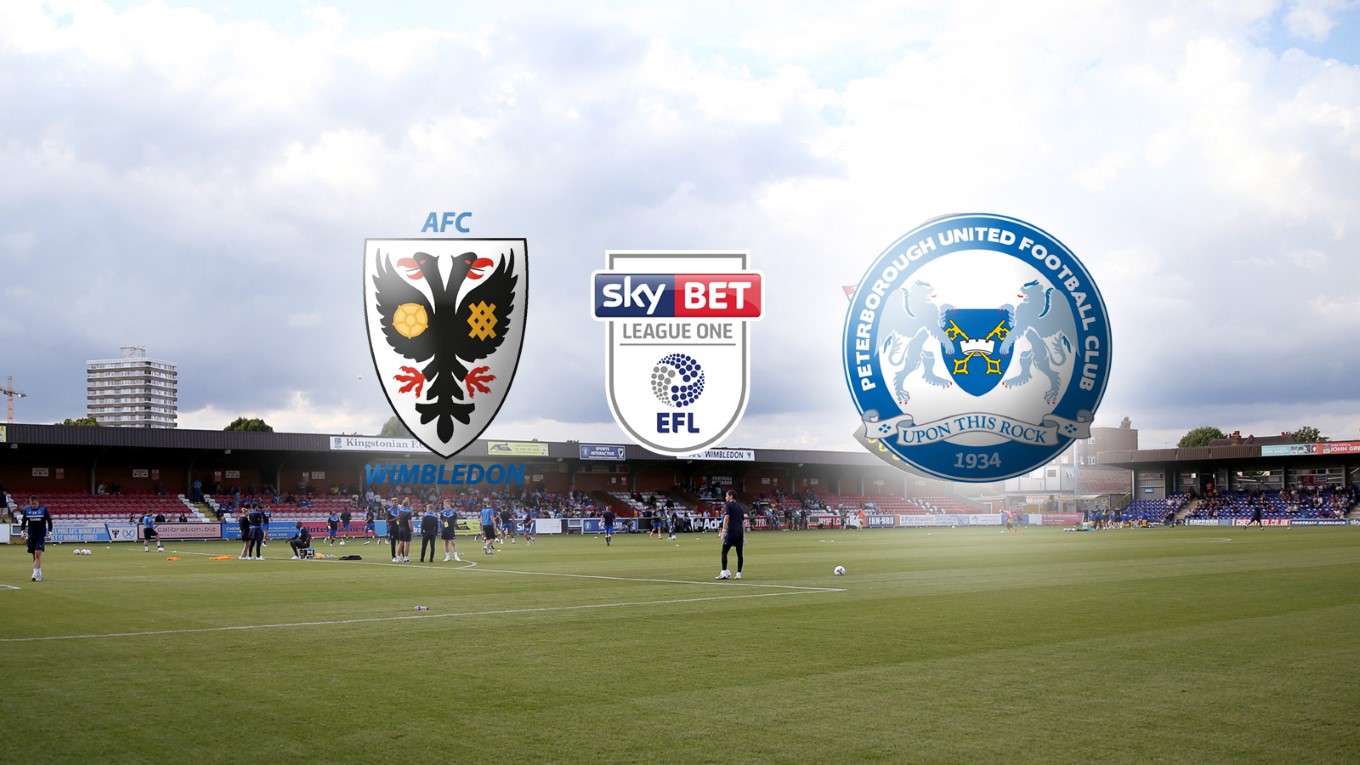 Peterborough United return to Sky Bet League One action on Saturday afternoon with a trip to Kingsmeadow to face AFC Wimbledon (3pm) knowing a victory would see Darren Ferguson’s men put the pressure on those that have taken advantage of a dip in form over Christmas and the New Year period.

The Dons’ home form been impressive this season, only beaten three times in front of their own supporters in League One. It is their away form as to why they find themselves in the lower reaches of the league table.

Posh could hand a debut to new signing Sammie Szmodics after he completed a loan move from Bristol City on Thursday. Jack Taylor and Reece Brown, also recent acquisitions are available for selection. Siriki Dembele serves the final match of a three game ban while skipper Mark Beevers is suspended following his red-card against Gillingham. Rhys Bennett is set to deputise.

Teenage front man Ricky-Jade Jones has recovered from a muscular injury and is available while Frazer Blake-Tracy is pushing for a return. Josh Knight and Nathan Thompson are nearing full fitness.

AFC Wimbledon are without the services of striker Marcus Forss who has returned to parent club Brentford due to injury. Scott Wagstaff is suspended after being sent off following two bookings in their last fixture. One-time Posh front man Kwesi Appiah could return after injury.

“AFC Wimbledon have a good home record. It is a tough place to go, the fans are close to the pitch and they create a good atmosphere. We should have picked at least a point up at their place last year. We need to grind out a result. I am confident that one win will put us on a run. The table is incredibly tight,” Darren Ferguson said.

“Peterborough are a good side. I’m not sure about Maddison as it looks like he may be signing for Charlton, but their forwards with Toney, Maddison, and Eisa have been the most prolific front three in the league, so they will take some stopping. They’ve got goals galore in the team. I’m not sure Maddison is going to figure, hopefully he doesn’t, but they have quality all around their team. We have to make sure we are up for it and we know what we are doing, so that we can get the right result,” Dons boss Glyn Hodges said.

Tickets are on sale until 2pm on Friday at www.theposhtickets.com, via the Ticketmaster hotline 0844 847 1934 (calls cost 7ppm plus your network access fee) and in person at the Weston Homes Stadium Ticket Office. The game is not all-ticket. Fans are advised that there are limited seating options. Terrace tickets are available. We have sold 383 so far.

AFC Wimbledon have urged fans to support the club’s Day of Action against discrimination this weekend against Peterborough. Players will be wearing Kick it Out T-shirts on Saturday at Kingsmeadow in support of the campaign, with supporters encouraged to raise banners on the referee’s whistle before the game.

Footballers from the Dons’ Education and Football programme will also take part on the day, holding up banners ahead of kick-off as the players walk out.

Posh will be in the away kit (black and pink) for this fixture.

Supporters are advised that there is engineering work taking place on the trains this weekend and are advised to check with your travel operator before you travel.