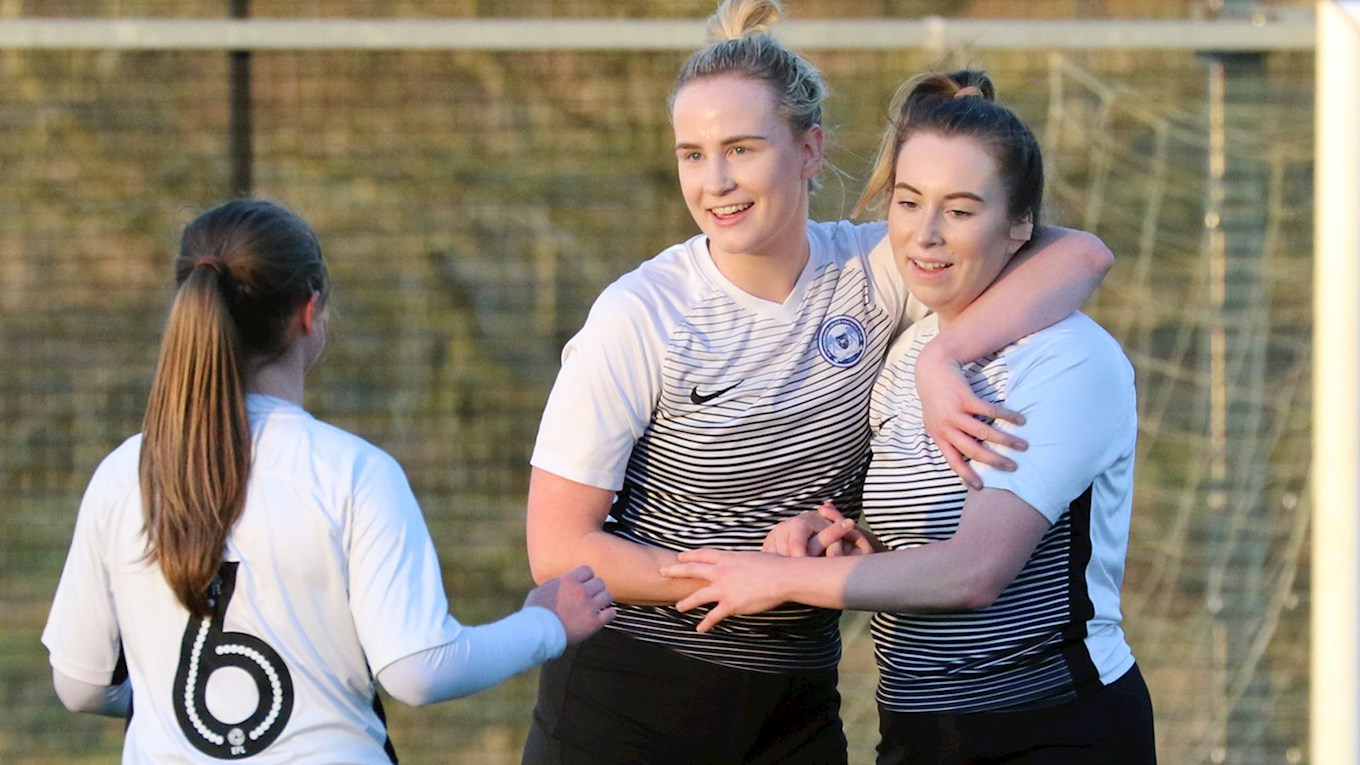 On the fourth occasion in just over half a season, Posh Ladies were facing local rivals Northampton Town, this time in the Northants FA County Cup, the trophy Posh won last season for the first time in their history.

Both teams started with attacking intent but from early on it was Posh who were creating more chances on goal and on 26 minutes Posh went ahead. Just 30 seconds after Megan Parrett had rattled the post, she sent in a deep cross and Hannah Pendred coolly scored.

The second came on 42 minutes when Parrett sent in a deep corner and Stacey McConville soared high in the area and powerfully headed home. The half ended with Posh continuing to dominate thoroughly deserved their lead at the break.

The second 45 minutes saw Posh control the game for large periods. It was 3-0 on 54 minutes when the impressive Alice Macnicol sent in a long deep free kick and McConville fed Donna McGuigan to score. Just four minutes later the rampant Posh had their fourth, Keir Perkins fed Pendred in the box and she confidently stroked the ball past the despairing Cobblers keeper for her second of the game.

A superb save from Sophie Powell on 63 minutes was the beginning of another passing break from defence and when Pendred fed Parrett outside the box, she let fly for Posh’s fifth. Northampton scored on 75 minutes to make it 5-1 but the game was well and truly over by then.

On Sunday its back to East Midlands Premier league action with the long trip to face second placed Rotherham United in a key match.