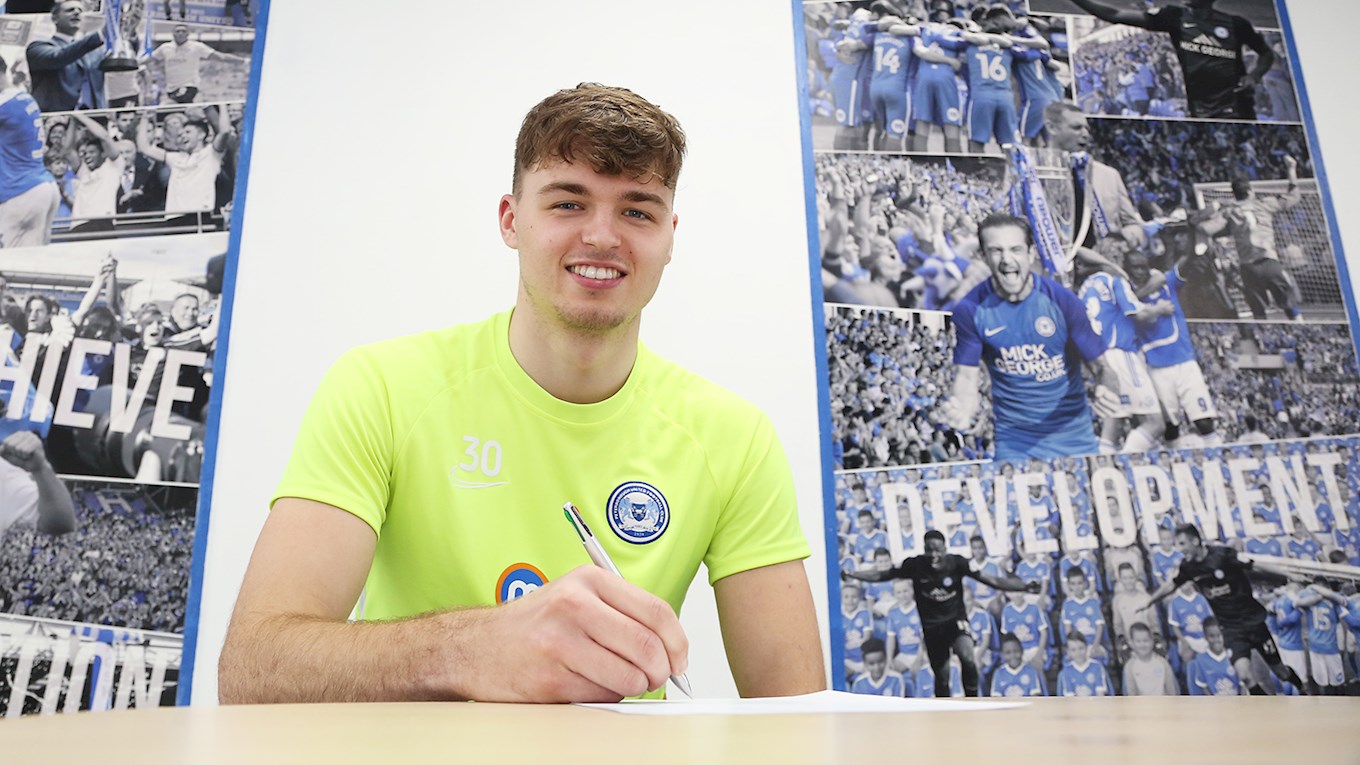 Peterborough United centre back Sam Cartwright has penned a new 18-month deal at the football club, completing the relevant paperwork at the Mick George Training Academy.

The 19-year-old, who graduated from the Posh Academy, has featured in Leasing.Com Trophy games this season as well as the first team squad for Sky Bet League One fixtures. He spent time on-loan with Kettering Town and has impressed in the under 23 fixtures this term.

Manager Darren Ferguson believes Cartwright deserves his new deal and is looking forward to aiding his development. “Since he has returned from his loan spell, he has really improved in the time he has spent with us. He is a great lad, has a good attitude, knows his strengths and where he needs to work on and what has impressed me the most, is that when he has played in the Leasing.com games he has done really well.

“He deserves a contract. He is at a very good age and I have been very impressed by him. He is still only 19, but he is mature, is a good talker and that is important as a centre back. He is a lovely lad, always wants to improve his game and like I say, he has made this decision a very easy one.

“We will now have a look in January how things progress but I would not have any hesitation putting him in the first team. He is at that stage now. We have options. We could send him out at a good level for a loan spell or he stays with us. He more than deserves this deal.”

Cartwright was pleased to commit his future to the club and is enjoying developing his game at the Weston Homes Stadium. “It feels a little strange because at the age of 19, I can be one of the more experienced players in the 23 games but hopefully I can help the younger players and those fixtures are a perfect way of developing my game.

“I really enjoyed being involved in the Leasing.com Trophy games and I benefitted a lot from going out on loan. My form might not have been brilliant at the time, but what you learn is how to deal with different situations, different opponents and of course the physicality of the games.

“The manager has been great with me. I am really pleased to commit my future and it is about continuing to improve now. We will see what happens in January in terms of whether I get another loan spell under my belt or I remain with the first team.”