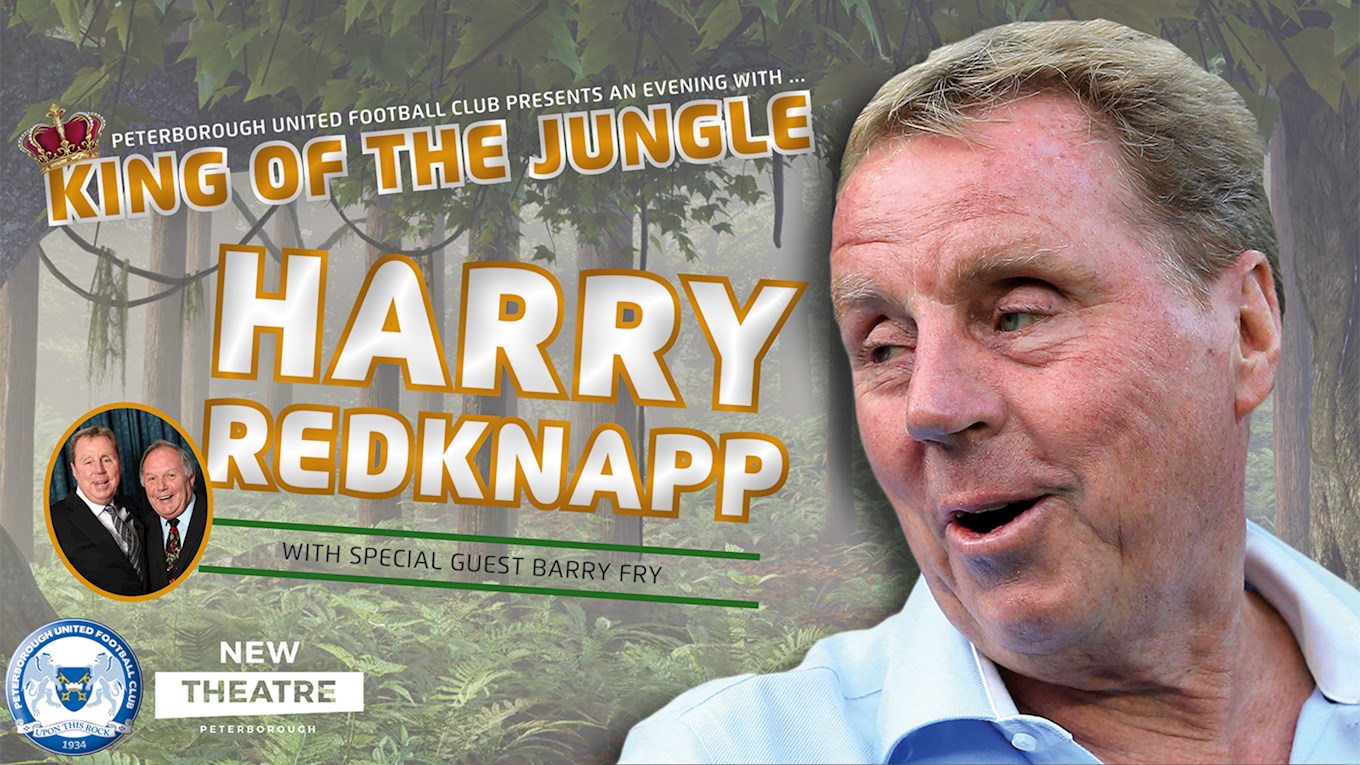 An Evening With Harry Redknapp

We are pleased to confirm we will be hosting an evening with Harry Redknapp at the New Theatre this March.

Peterborough United Football Club are delighted to confirm that former Premier League manager, I’m A Celebrity Come Get Me Out of Here winner and Jam Roly Poly connoisseur Harry Redknapp will be our guest speaker at the New Theatre in the city on Friday 27th March 2020.

Redknapp, who managed AFC Bournemouth, Southampton, West Ham United, Tottenham Hotspur, Birmingham City, Queens Park Rangers and Portsmouth during an illustrious career, went on to become a reality TV star with an unexpected win down under in 2018 during the I’m A Celebrity show presented by Ant and Dec.

Redknapp will take to the stage at 7.30pm at the New Theatre on Broadway. Tickets start at £18 with various bands available (£23, £28, £35). VIP tickets are priced at £80 and include a meet and greet with Harry, a signed photo and a photograph with Harry. (6pm start)

A bar facility will be available on the night. The evening will include an auction and a raffle and promises to be a fantastic evening of entertainment.

Commercial Manager Alex Harris said: “We are thrilled to be able to bring someone of the stature of Harry Redknapp back to Peterborough. This night is slightly different to what we have put on before with our sportsman’s dinners, but is a good opportunity to work with the New Theatre on Broadway and give the people of Peterborough the chance to listen to some wonderful tales from Harry’s football career and no doubt his experience in the jungle. The New Theatre is a wonderful venue and we are pleased to be working with them to put this event on.”