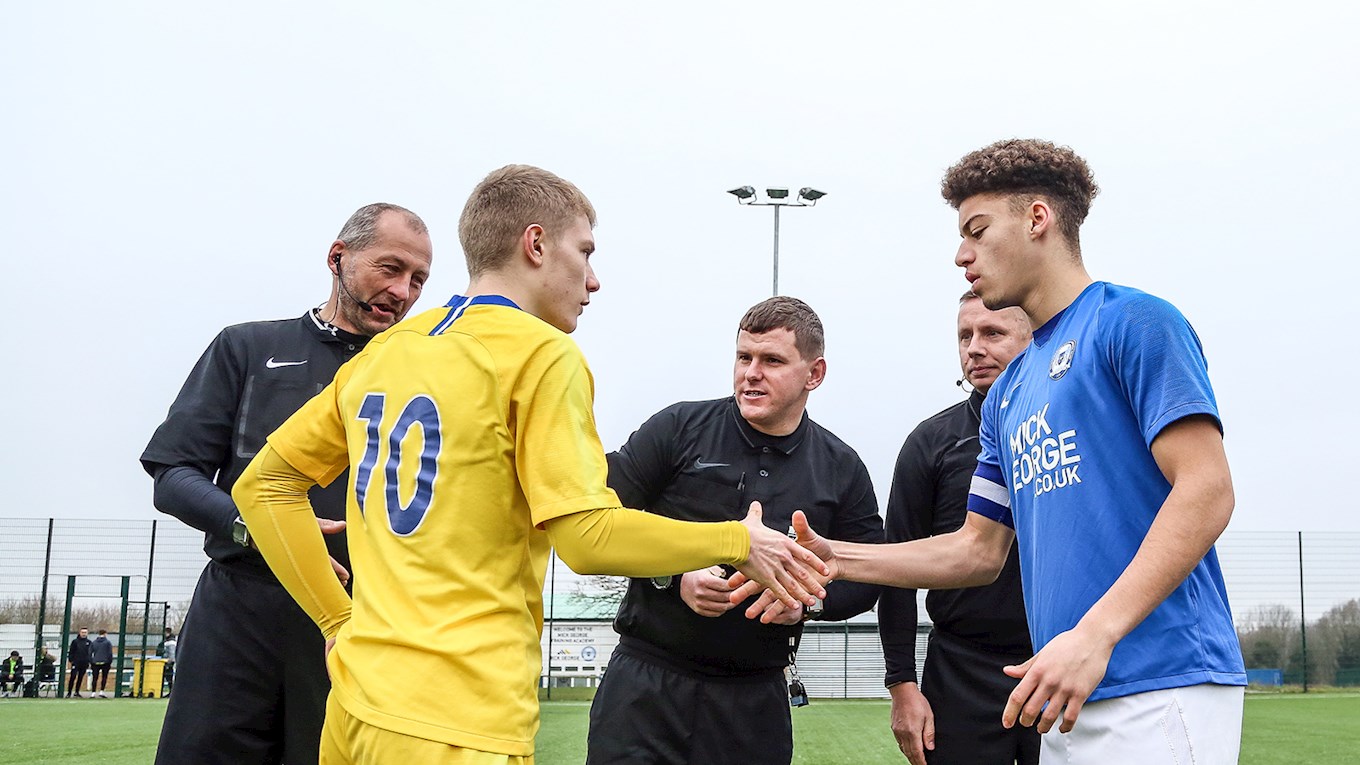 Posh Scholarship ‘A’ side suffer narrow defeat at Chelsea.

On the back of last week's penalty heroics vs Norwich in the semi-finals of the Cup, Posh returned to league action away at Chelsea. Having travelled down the day before, the players were treated to an overnight stay at a nearby hotel as part of their match preparation. On the eve of the game, Posh trained at the match venue before spending some time bonding by going out to eat as a team followed by watching the FA Cup replays.

On a difficult pitch, both teams started the game well and it showed early signs of a game that would go down the wire. Chelsea took the lead on the 20th minute following a set piece. Grypicz initial fantastic save unfortunately rebounded off a Posh defender to put the Blues ahead.

Despite the setback, Baker showed fantastic resilience as captain to rally his players and within minutes Posh levelled. Pedro’s cross from the right-hand side was half cleared and fell into the path of Bayly who dispatched the ball into the far corner to equalise. On the half hour mark, Posh took the lead again through good work from their fullbacks. This time Rowell delivered from the left hand side with Bagdonavic heading the ball across the goal for Carter to score his third goal in as many games to send Posh in at half time 2-1 up.

After the break, Posh had to adjust to change in formation from Chelsea and within minutes Bagdonavic had a strong penalty shout turned down after he beat his man to get to the byline before being upended. Chelsea began to find more success in the second half through their forward players and scored an equaliser of their own in bizarre fashion.

A weak shot from the edge of the box, which looked a routine diving save for Grypicz, somehow took an outrageous bobble over the goalkeeper's hands into the net. Again Baker did well to rally his players, despite the bad fortune, to get them back on track. Heading into the last 25 minutes at two goals apiece both teams continued to battle hard in a game that could've gone either way. Chelsea were to be the team that made the break-through after a rash challenge from Posh inside the box led to a late penalty that the blues converted down the middle of the goal. With minutes left in the game Posh threw bodies forward and almost scored a late goal of their own through Jacklin, Blanco and Bayly but it wasn't to be and Posh tasted their first defeat in five games.

Posh will look to bounce back next week where they face league leaders Crystal Palace at the Mick George Training Academy.