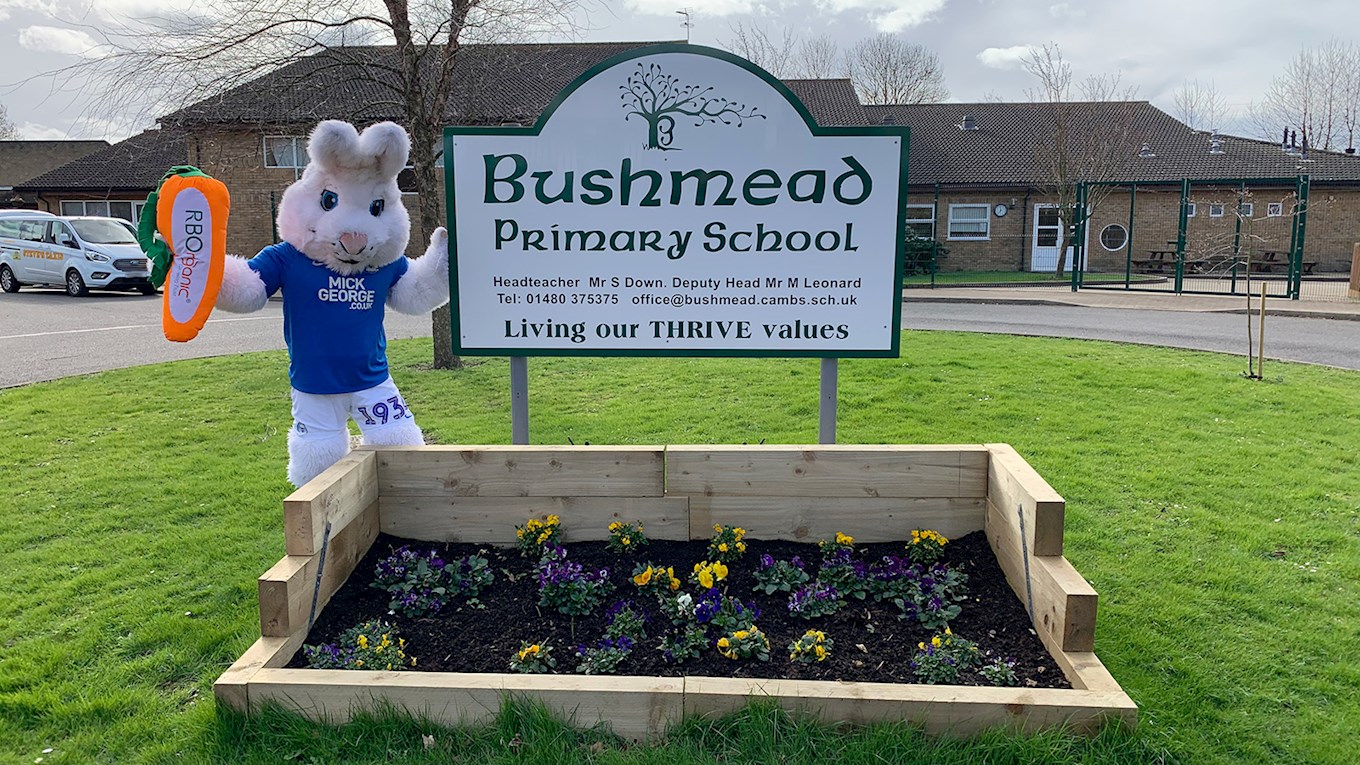 We spent time at Bushmead Primary School on Tuesday.

The Peterborough United Schools Initiative returned after the half-term break with a visit to Bushmead Primary School in St Neots where we delivered an interactive 14-minute assembly featuring an appearance from mascot Peter Burrow.

Every pupil received a FREE ticket for a forthcoming game with an adult also admitted free of charge. Press Officer Phil Adlam said: “Bushmead was one of two schools in St Neots we visited on Tuesday and it was a great visit. Even though the deputy head was a Cambridge United supporter (we tried to convert him), he was full of enthusiasm for our visit.

"We hope everyone enjoyed our assembly and look forward to welcoming pupils to a forthcoming game at the Weston Homes Stadium.”