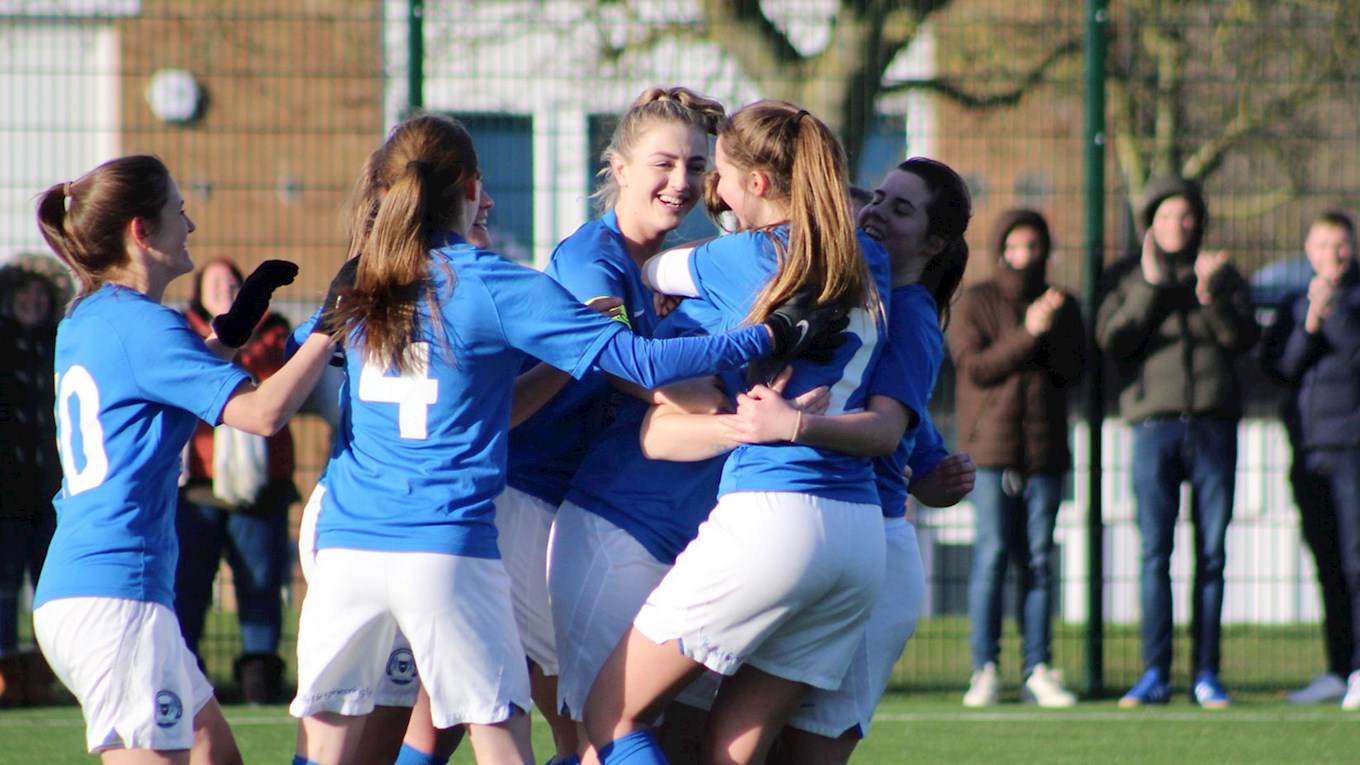 Posh Ladies move into semi-finals of the League Cup after 5-2 win over Rotherham United Ladies.

With neither of the sides having played since their league encounter on 26th January, it was Posh who started the brightest and took an early lead through skipper Keir Perkins, who lashed the ball home from a perfectly executed Megan Parrett through ball.

Posh continued to dominate proceedings and created a number of chances in particularly in the opening twenty minutes, but they were unable to convert and Rotherham managed to keep the scoreline at 1-0. Having withheld the pressure, Rotherham began to find some rhythm and equalised in the 34th minute from a corner which Posh failed to clear.

Rotherham started the second half as they ended the first, with a goal. This time just inside the first minute of the restart to make it 2-1. Credit to Posh though, they responded immediately. Perkins again latching on to the through ball and slotting the ball across the Rotherham keeper with a low driven left footed finish. After an end to end ten minutes following the equaliser, Posh finally regained momentum and regained the lead in the 57th minute with Stacey McConville instinctively turning and smashing the ball into the roof of the net from the edge of the box. 3-2 Posh.

Posh added another minutes later through player of the match Laura Dodwell who capped a fine performance, with a fine finish to make it 4-2 with half an hour left to play. Posh continued to test the Rotherham keeper, but she made some fine saves to keep the scoreline at 4-2. Rotherham were then awarded a penalty with five minutes of normal time left.

Fortunately for Posh, Rotherham put the penalty over the bar and there was to be no late comeback from the visitors. In fact Posh weren’t finished and Emma Stevenson rounded off the victory when she scored a rare goal, but one to savour - a shot from distance that sailed in to the top corner to make it 5-2 In the closing moments of the game.

A fantastic cup game and another impressive win for Posh, who wait to find out who they will face in the semi final.