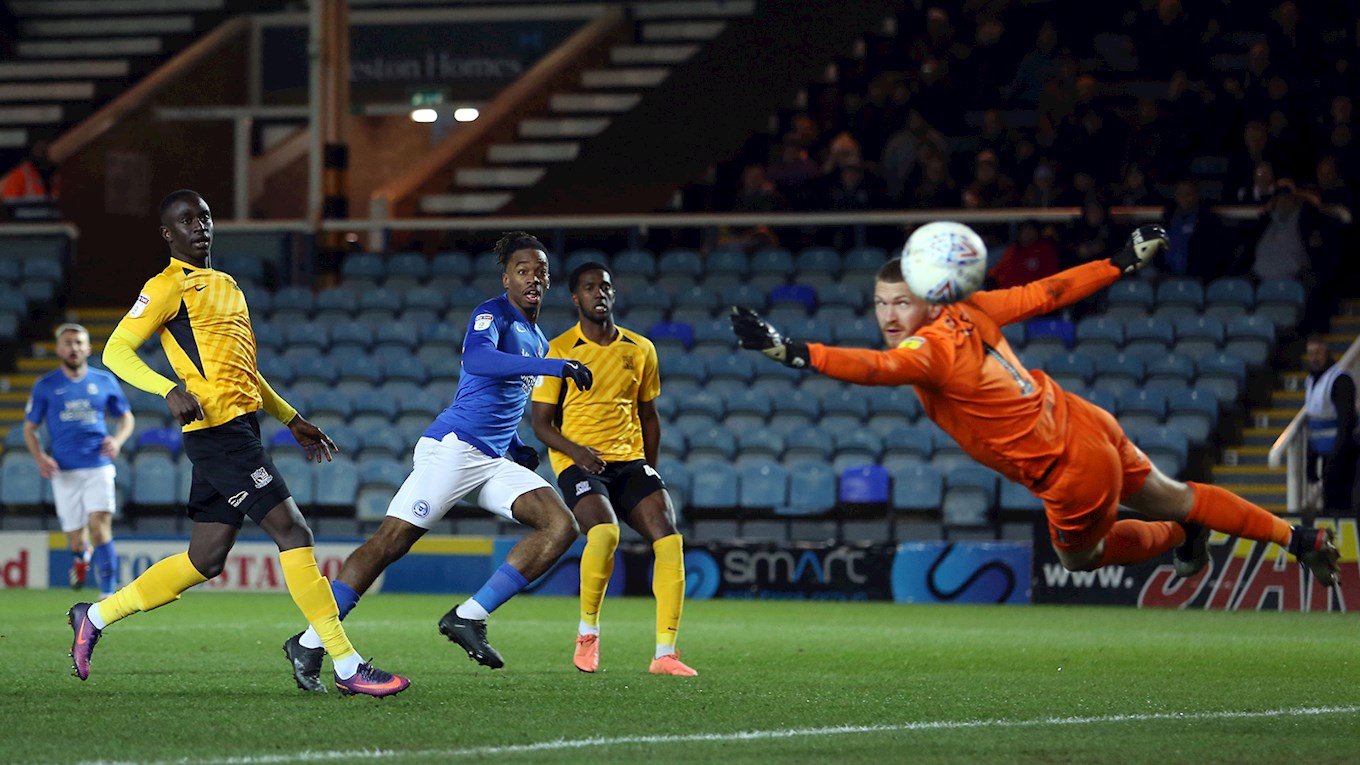 Posh chalked up their sixth straight win and their third victory in a row by scoring four goals.

Peterborough United overcame Southend United 4-0 at the Weston Homes Stadium to make it the second successive victory by that score-line, the third game in a row that four goals have been plundered and the sixth straight Sky Bet League One victory including four clean sheets on the way.

With a strong wind at the backs of the Posh players in the first half, it was midfielder Jack Taylor who chanced his arm in the opening five minutes, his 40-yard free-kick beaten away by goalkeeper Mark Oxley. Posh carved out another opportunity on nine minutes as a perfect pass from Mason picked out Toney but his side-foot volley whistled just wide of the post.

Beevers sent a looping header just over the crossbar from a deep free kick from Butler before keeper Oxley required treatment following a collision with the crossbar. Ward fired over on the half volley on 18 minutes after a driven Butler corner picked him out on the edge of the box.

McLaughlin was cautioned on 28 minutes for a cynical foul on Taylor, as referee Mr Boyeson finally booked a Southend player after letting numerous fouls go. Ward rifled a shot over the top after good work from Taylor and Szmodics on 36 minutes as Posh tried to find the breakthrough past a stubborn Shrimpers rear-guard.

Toney was shown a yellow card, his 10th of the campaign, for a foul by the touchline, meaning he will miss the trip to Fleetwood and Burton. Mantom was cautioned for kicking the ball away two minutes after the re-start.

On 49 minutes, the Shrimpers struck the post as a deflected effort from Milligan struck the inside of the post before rebounding to safety. Less than 60 seconds later and Posh were in front as Joe Ward nipped in front of the defender, advanced and timed his pass to perfection to Siriki DEMBELE who did the rest.

Rush was a whisker away from levelling the scores on 54 minutes but his curler from the edge of the box crept just wide of the post with Pym at full stretch. Posh doubled the lead just before the hour mark, Jack TAYLOR slamming the ball home from just inside the box after Dembele shot deflected into his path.

Darren Ferguson immediately made a double change with George Boyd and Josh Knight replacing Brown and Szmodics. Posh made it 3-0 on 70 minutes as a Knight shot is intercepted by TONEY, who rounded the keeper and slotted the ball into the back of the net.

It was 4-0 not long afterwards as a driven Butler corner was headed powerfully past keeper Oxley by that man TONEY again. Toney was withdrawn to a standing ovation on 75 minutes with Mo Eisa his replacement.

Demetriou was cautioned for a foul as Southend continued to demonstrate that discipline is not in their vocabulary. Ward volleyed wide of the near post after bustling his way into the box as Posh pushed for a fifth. Boyd was denied by keeper Oxley after darting into the box with Egbri firing off when off balance.