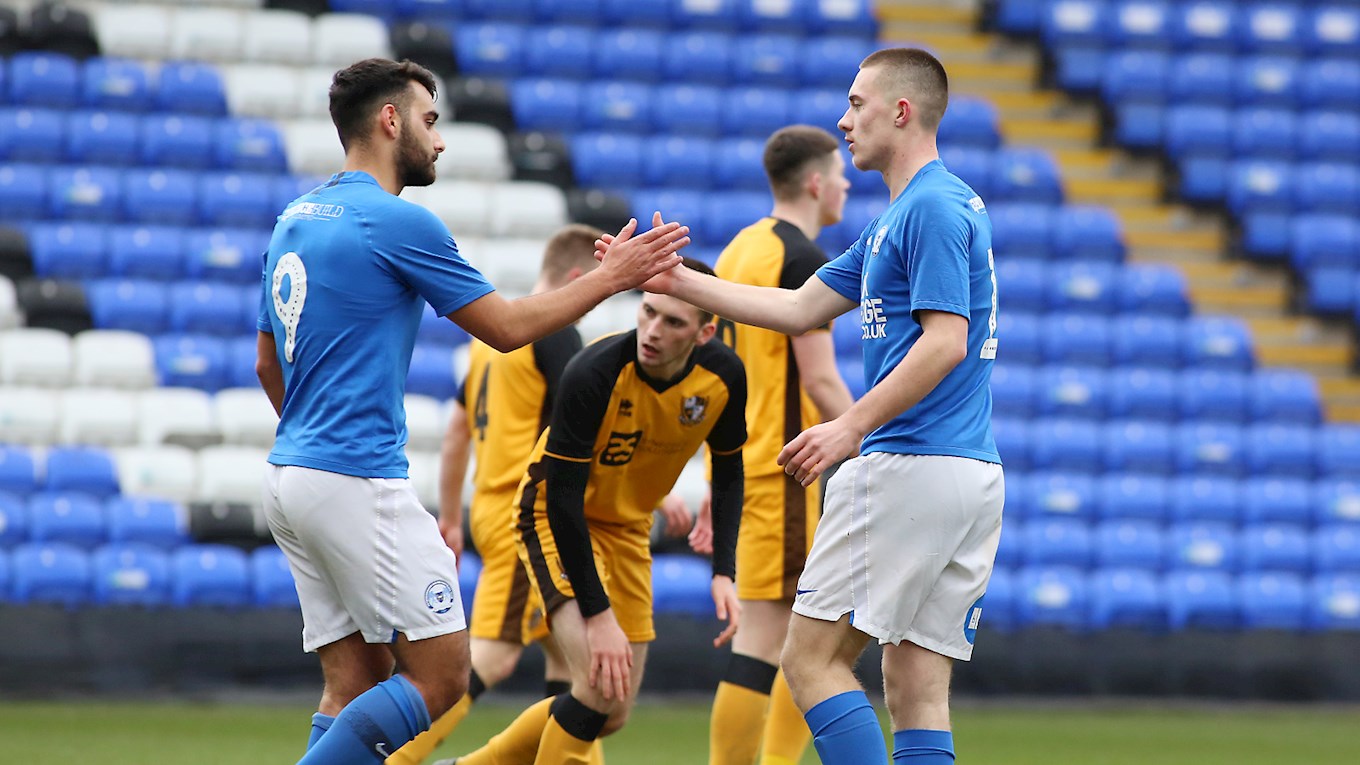 The Peterborough United second string chalked up a big win over their Port Vale counterparts at the Weston Homes Stadium in the latest cup fixture with Aaron Mclean’s men scoring five times in the first 45 minutes before completing the victory with three more in the second period.

In truth, it could have easily been double figures. Posh hit the woodwork three times and the young Valiants shot-stopper Harvey Adams made a string of good saves but even then, Posh were miles better than their opponents.

It was three goals in the opening 15 minutes with Flynn Clarke, Ricky-Jade Jones and Harrison Burrows on target, all from close-range. Clarke made it four when he converted a rebound after Kyle Barker’s shot had been parried before Josh Knight swept home a superb fifth after good work from Serhat Tasdemir.

Tasdemir made it 6-0 after the break with a well-struck shot from inside the box after another sweeping move before Burrows tucked home a penalty after substitute Brad Rolt had been felled in the box.

Sam Cartwright, who had earlier seen two efforts cannon back off the crossbar, completed the scoring as he fired home from close-range as Vale struggled to get the loose ball clear. Archie Jones fired over from close-range while Ricky-Jade Jones was twice denied by the keeper.

Burrows had two efforts that rolled inches past the post while Tasdemir twice went close as Posh tried to nudge the score-line into double figures without success. First team manager Darren Ferguson said: “It was a young Port Vale side we were up against but it was a really good performance from the players, they scored some good goals and the attitude was excellent.”