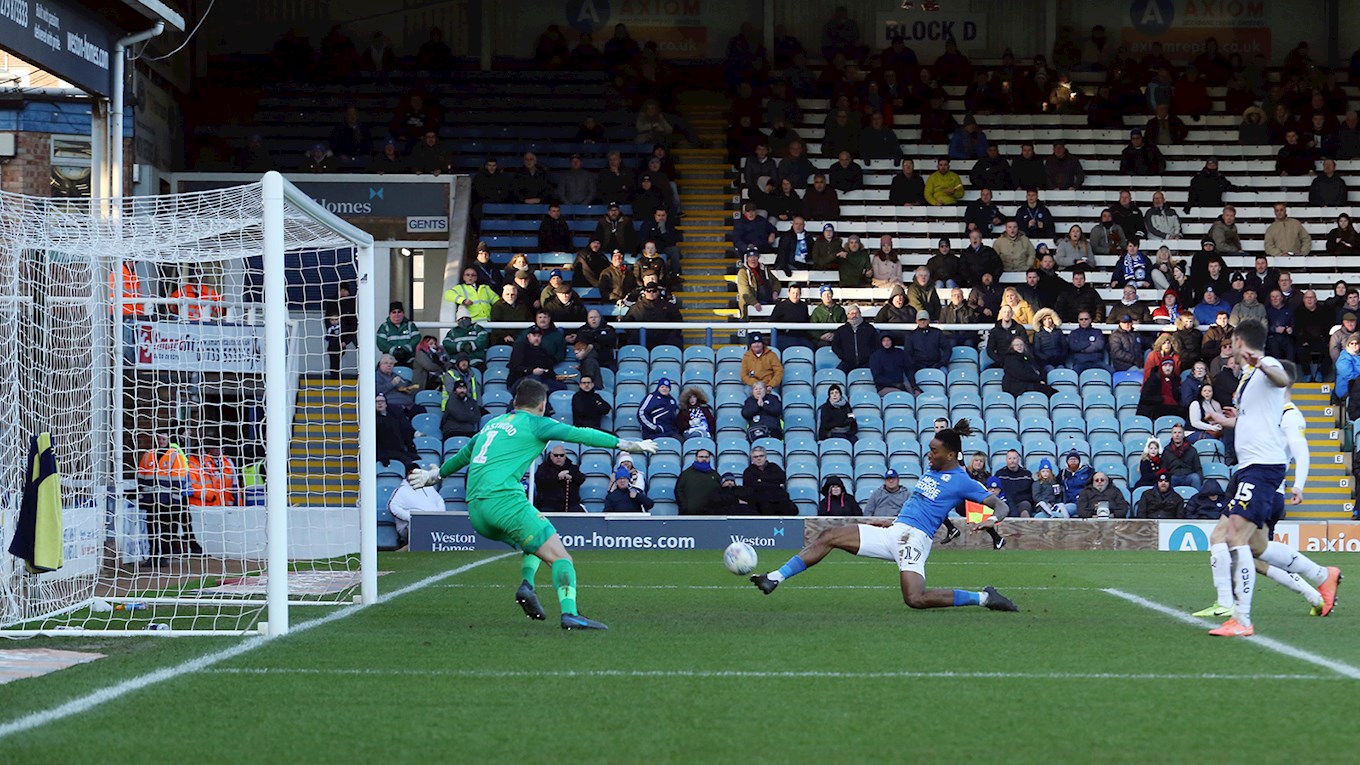 Ivan Toney netted twice as Posh made it eight goals in two games with a thumping 4-0 victory over Oxford United.

Desire. Intensity. Quality. Three words that aptly describe the performance from Darren Ferguson’s men against Oxford United. Four goals (that is eight in two games) and a resolute defensive display despite playing for over 40 minutes with 10-men made it five wins from five for Peterborough United as Karl Robinson’s Oxford United were put to the sword.

Reece Brown sent a speculative effort from 30-yards just past the upright on four minutes as Posh tried to assert themselves on the contest in the early exchanges. Ivan Toney cracked a free-kick into the wall on 20 minutes after Taylor was felled following a good tackle.

Posh were forced into a change on 28 minutes with Kent limping out of the action to be replaced by Niall Mason. From a free-kick, Marcus Browne whipped a free-kick over the wall but past the upright and wide of the target.

At the other end, goalkeeper Eastwood did well to beat away an effort from Sam Szmodics after he linked well with Dembele and Toney. Dembele then sent a volley wide of the target after latching onto a loose ball.

On 35 minutes, Posh opened the scoring as Toney fed Szmodics and he picked his moment to play through Siriki DEMBELE and he took his time before slotting the ball past the advancing goalkeeper to give Darren Ferguson’s men the lead.

On 43 minutes, Posh should have doubled their lead, Ward’s cross picked out Dembele, he took a touch and fired goal-wards but a retreating Dickie kept it out, Szmodics was on the scene to head the loose ball back at goal but Ruffels was there to clear before Butler’s effort was hacked clear by another defender.

Thompson was cautioned for a foul by Mr Haines moments later. Long did superbly well to block Dembele’s path to goal at the back post in first half injury time after another low centre from Szmodics had caused panic.

Keeper Eastwood did well to keep out a low drive from Toney on 47 minutes after good work from Dembele and Szmodics to create the opportunity. Posh doubled the lead on 56 minutes and it was a superb sweeping move from one end of the pitch to the other featuring a back heel from Taylor, a superb burst from Butler, a perfect cross from Szmodics and a sliding Ivan TONEY did the rest at the back post.

On 62 minutes, Posh were reduced to 10-men as Thompson was shown a second yellow card for a foul on Taylor. Posh made a double change moments later with Josh Knight and Rhys Bennett introduced for Dembele and Brown. Mousinho was cautioned for hauling down Toney on the edge of the box on 76 minutes.

Posh made it 3-0 moments later as a free-kick from Butler was converted at the near post by TONEY who’s shot left the keeper no chance. Keeper Pym did well to hold a Browne effort before substitute Holland blazed over after good work from fellow substitute Jamie Mackie.

Pym, who had earlier produced heroics to keep out Browne with the offside flag raised at the time, kept out a header from Taylor showing incredible agility to fly across his goal to pluck the ball to safety. Boss Darren Ferguson was cautioned by the referee on 87 minutes.

Toney was cautioned for a foul in the first of nine minutes added time, his ninth caution of the campaign. Posh made it 4-0 five minutes into stoppage time, another superb break, Toney wins the ball in his own box, sprays a 50-yard pass to Szmodics, he flicks it inside the onrushing Josh KNIGHT, he could take it first time but fancies beating his man for fun, does, and then drills low past the keeper.