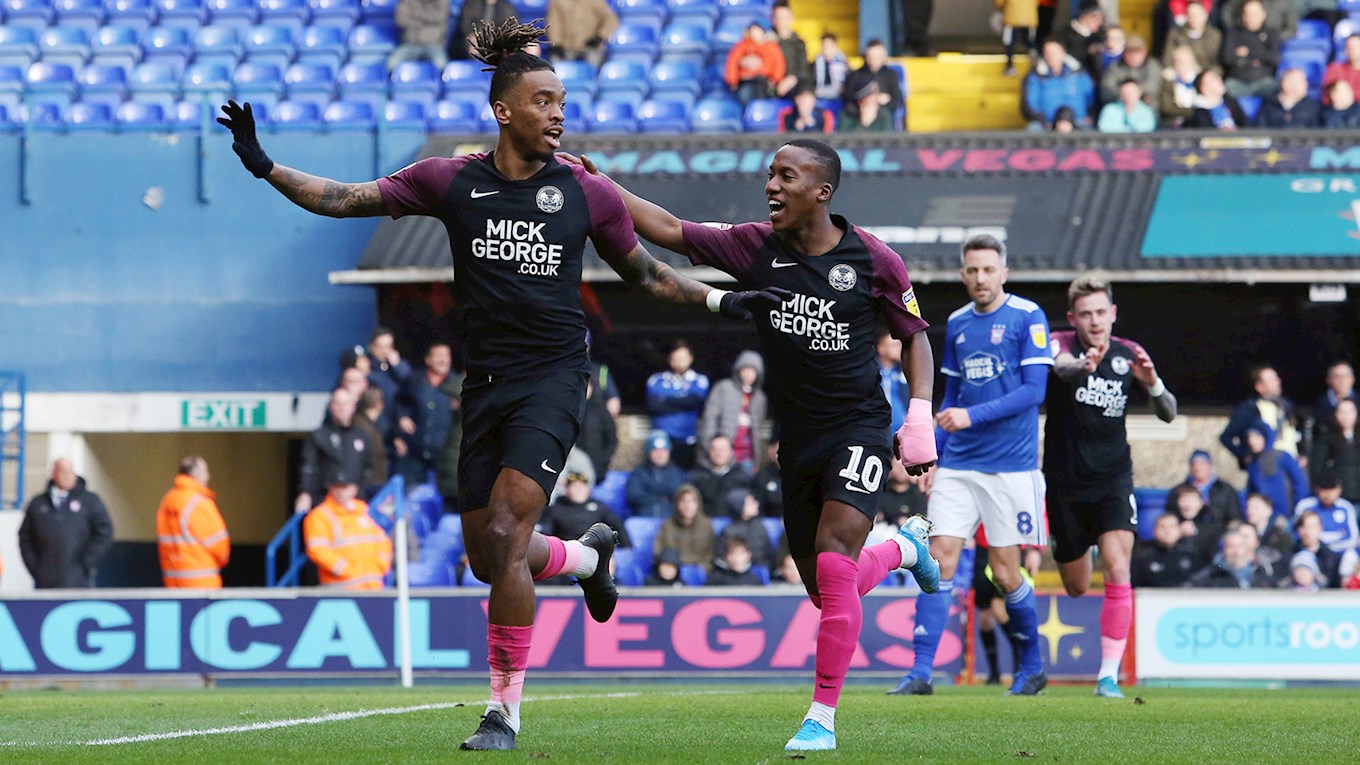 Peterborough United made it four wins from four after a stunning 4-1 win at Ipswich Town.

Peterborough United climbed into third position in the Sky Bet League One table with a fourth successive win and the first league win at Portman Road in 60 years as Darren Ferguson’s men romped to a 4-1 victory over promotion challengers Ipswich Town.

Mark Beevers tested goalkeeper Will Norris inside the opening three minutes as he connected sweetly on the volley from a Dan Butler corner kick. Gwion Edwards, facing his former club, fired over on his left-foot on 13 minutes after cutting inside Butler.

Jack Taylor headed wide from a Ward corner kick on 17 minutes after finding a bit of space in an around the penalty spot. Norris was well placed to keep out a snap-shot from Dembele moments later after good work from Taylor in the build-up.

Posh found the breakthrough on 24 minutes as Wilson was adjudged to have fouled Dembele in the box and after a long delay as the referee chatted with his assistant, the referee Mr Woolmer pointed to the spot and Ivan TONEY coolly dispatched the spot-kick.

Posh doubled the lead on 34 minutes and it was a nightmare for former Cambridge United keeper Will Norris who inexplicably tried to play with the ball at his feet, allowing SZMODICS to nip in, dispossess him and tap into the empty net.

Pym was well placed to keep out a half volley from Judge moments later as Edwards led the charge on the right-hand side. Four minutes of added time was indicated by the fourth official, but Posh saw those four minutes out comfortably into the interval.

Ipswich made a change at the break with James Norwood replacing Judge as Paul Lambert made an attacking switch. Norris did well to keep out a deflected Toney volley two minutes into the second half after Dembele had initially done well to divert a long ball into his path.

Posh made it 3-0 on 51 minute as a superb pass from Jack Taylor found DEMBELE, he took a touch, cut inside and curled a fantastic effort past the keeper and into the back of the net. Posh made a change just after the hour with Josh Knight replacing Brown in midfield.

Butler was cautioned by Andy Woolmer for a foul on 65 minutes by referee Mr Woolmer. Posh made it 4-0 on 74 minutes as a chipped pass from Dembele picked out SZMODICS and he calmly rolled the ball past keeper Norris. Edwards was cautioned for a foul on Kent as frustrations began to boil over.

Ipswich pulled a goal back on 79 minutes as Beevers was penalised for a foul on Sears and substitute NORWOOD stepped up to coolly convert from the spot. Toney saw a volley beaten away by Norris before Taylor fired wide from long-range.