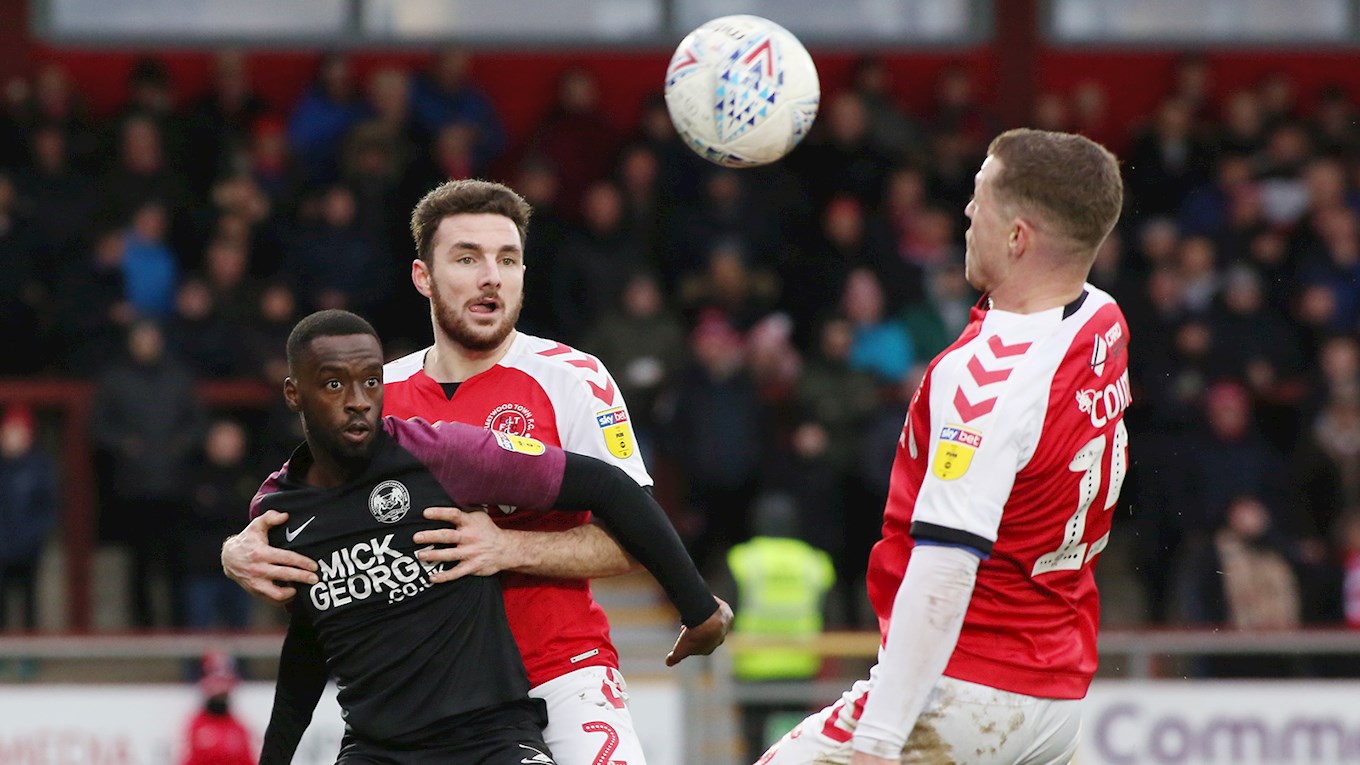 Peterborough United suffered a 2-1 defeat at Fleetwood Town on a day where the conditions played a massive part in proceedings as Storm Dennis swept in and provided both sets of players with enormous challenges with the home side securing all three points thanks to late Wes Burns strike.

Barrie McKay was cautioned inside the opening two minutes for a foul on Nathan Thompson right in front of the dugout. Posh won a spot-kick on six minutes as Dembele was felled in the box by keeper Cairns, but Mo Eisa saw his penalty kick saved by the keeper, who was booked for the initial foul.

The hosts found the breakthrough on the quarter-hour as CONNOLLY rifled the ball high past Pym after ghosting in behind Ward in the wide area. Jack Taylor fired wide from a 35-yard free-kick after Eisa had been upended by Souttar.

Souttar headed a Coutts corner over the top on 33 minutes as Fleetwood came close to a second. Burns sliced wide when well placed on 43 minutes after getting in behind the Posh back-line as a clearance held in the wind.

Danny Andrew cracked the inside the post with a superb left-foot drive on 49 minutes as the home side came close to a second goal. Posh drew themselves level on 54 minutes and it was a wonderful strike from left-back Dan BUTLER who arrowed an effort from 25-yards into the bottom corner for his first goal in Posh colours.

Posh made a change on 64 minutes with Idris Kanu replacing Eisa in attack. Pym produced a fine stop to keep out a dipping Madden volley moments later as the hosts nearly caught Posh on the counter attack from a long clearance by Cairns.

Andrew curled a free-kick into the wall after a foul by Thompson on Madden with the Posh defender rightly cautioned. Posh felt they should have had a spot-kick when Kanu appeared to be felled in the box and less than two minutes later, Posh were behind again as BURNS fired low past Pym and into the far corner.

Posh introduced Ricky-Jade Jones for Mason in an attempt to salvage something from the contest without success.