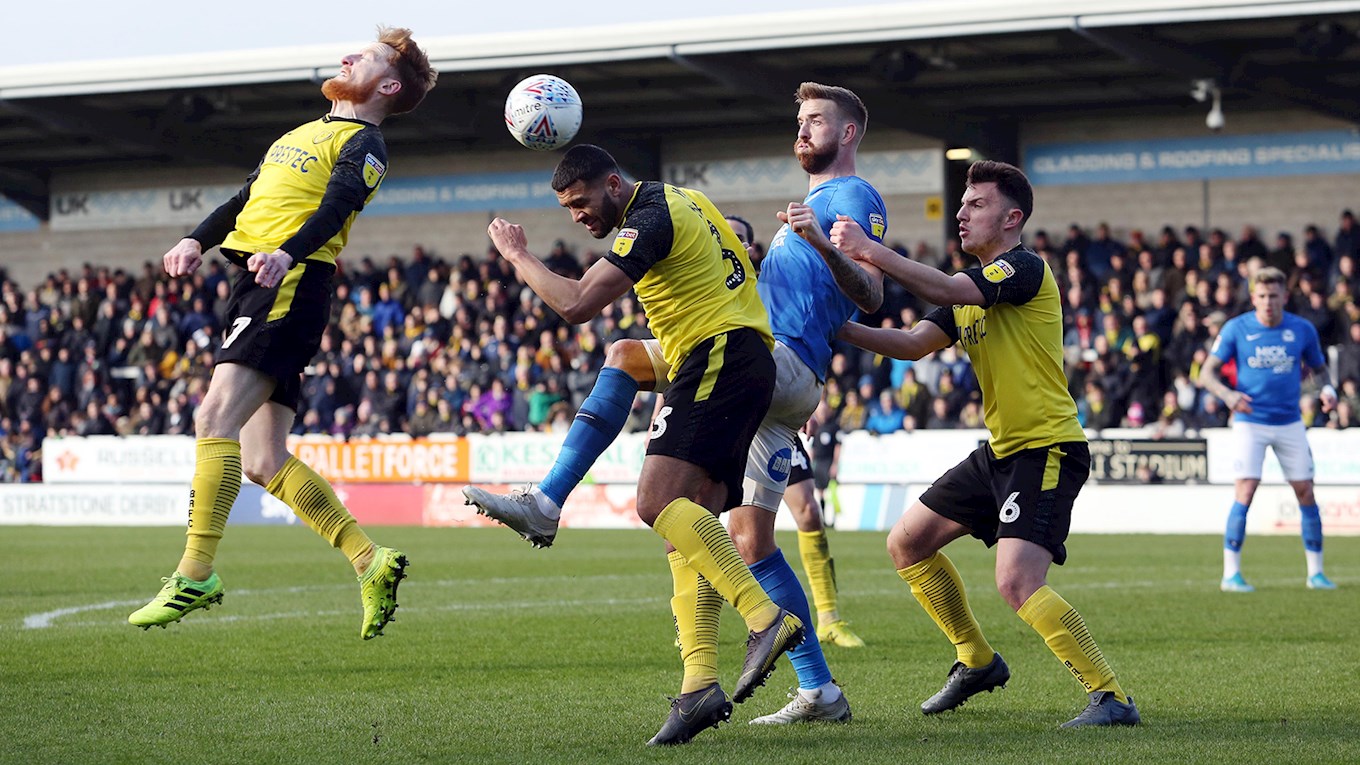 Mo Eisa was on target for Posh but it was not enough for all three points as Brewers peg Posh back.

Peterborough United were forced to settle for a point following a 1-1 draw at the Pirelli Stadium as Mo Eisa’s goal was cancelled out by skipper John Brayford, who powered home a header from a set-piece midway through the second period.

After a cagy start, it was Posh who had the first effort of the game, Jack Taylor unleashing a powerful drive from 25-yards which keeper Kieran O’Hara beat away to safety. John-Joe O’Toole was cautioned for a foul on Mo Eisa on 28 minutes.

Szmodics saw a shot well blocked by O’Toole on 33 minutes after skipping inside a couple of challenges. Posh screamed for a penalty as Beevers appeared to be held in the box but nothing was given by referee Mr Huxtable.

Two minutes of injury time was indicated by the fourth official before the referee brought an end to proceedings with Posh frustrated that they hadn’t made the most of the play that they had put together in a wind-assisted first period.

Posh opened the scoring on 52 minutes and it was a fine strike from Mo EISA who collected a pass from Dembele and fired low into the bottom corner from just inside the box. Nigel Clough made his first change moments later with Reece Hutchinson replacing ex-Posh defender Colin Daniel.

Eisa had the ball in the net again on 55 minutes as he rifled past O’Hara at his near post but the referee had spotted a foul by the striker in the build-up. Dembele was cautioned for diving on the hour mark right in front of the fourth official.

The home side levelled on 66 minutes as a corner kick was headed home at the back post by skipper John BRAYFORD. Thompson was cautioned for a foul on 69 minutes as the home side began to get on top following their equaliser.

Darren Ferguson made his first change on 71 minutes with Josh Knight replacing Szmodics. Pym did well to hold a low effort from Powell moments later as Posh prepared their next change. O’Hara did well to keep out an effort from Eisa before Brayfoot hacked clear as the ball ran loose.