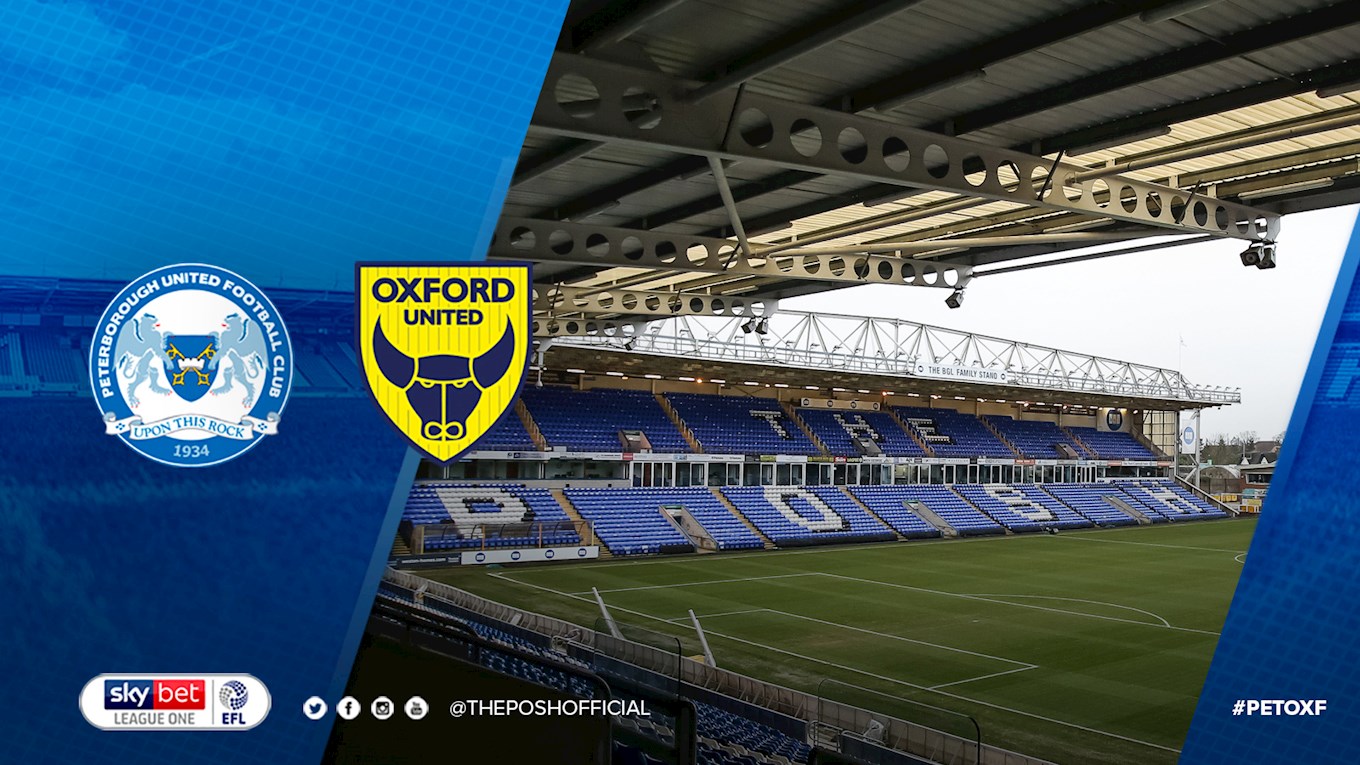 Peterborough United entertain Oxford United in Sky Bet League One action on Saturday afternoon (3pm) at the Weston Homes Stadium with Darren Ferguson’s men currently sitting third in the league table ahead of the weekend fixtures.

Oxford were in Emirates FA Cup replay against Newcastle United on Tuesday evening and have games in hand on a number of sides above them in the table, sitting just outside the play-off positions at present.

Posh have no fresh injury worries to contend with and could name an unchanged line-up once again, however boss Darren Ferguson did hint in the pre-match press conference that he has scope to freshen his unit up against of the clash with the U’s.

Idris Kanu remains sidelined but is nearing full fitness while the precautionary substitutions of Joe Ward and Nathan Thompson at Portman Road last weekend have meant the pair are ready and available for selection.

Oxford loanee Marcus Browne was forced off in the replay against Newcastle but should recover in time to play while Matty Taylor is pushing for a start. Oxford have a number of long-term injury absentees.

“This is the start of a really important week with three games and nine points to play for and we go into it on the back of four successive wins. The players are looking physically fit, mentally ready and in a good place so we are looking forward to the challenge that lies ahead of us. We faced Oxford twice in the early part of the campaign but both teams have changed personnel and shape since then so it will be a different kind of game,” Darren Ferguson said.

“Peterborough are a very good side. They have a strong model for how they run the club and they develop young players and try to play good football too so it should be a good game. But we have 17 games left now and over the next few weeks we have to play Peterborough, Burton, Sunderland and Ipswich- all of them are in and around it and it is so important for us to keep our foot down and try and take points off the clubs around us, hopefully starting on Saturday,” Oxford first team coach Derek Fazackerly said.

Tickets are on sale now at www.theposhtickets.com, via the Ticketmaster hotline 0844 847 1934 (calls cost 7ppm plus your network access fee) and in person at the Weston Homes Stadium Box Office. Oxford have sold just under 700 tickets for the game.

Like clubs up and down the country, the Peterborough United players will be wearing special Heads Up warm-up t-shirts. Over the past two seasons, the EFL has joined forces with Mind, the mental health charity, to help improve football’s approach to mental health and raise awareness around the country.

The Posh fan zone will be open from 1pm (weather permitting) with the Salvation Army also performing in the concourse of the South Stand.

The match referee is Andy Haines.