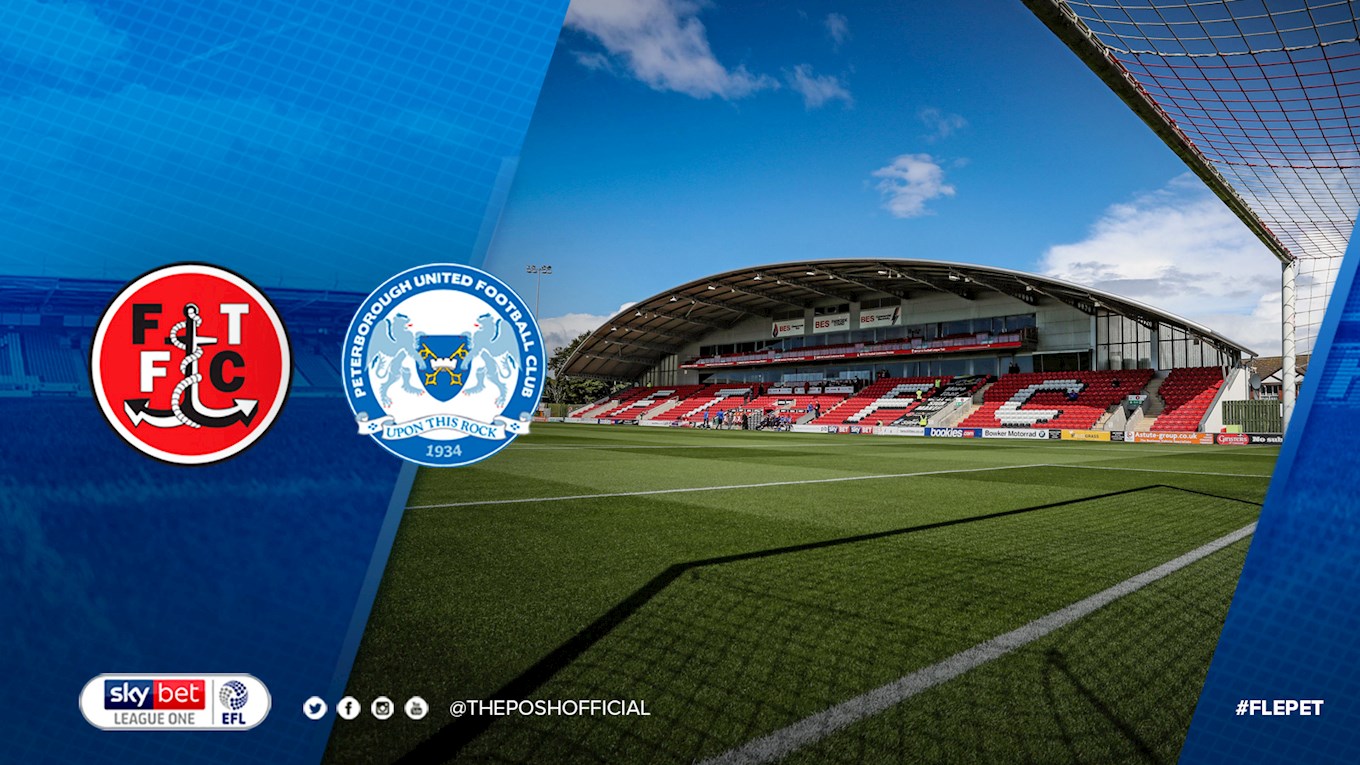 Posh make the trip to the North West to face Fleetwood Town on Saturday (3pm).

Peterborough United go in search of a seventh straight Sky Bet League One victory on Saturday afternoon when they make the trip to the Fylde coast to face Fleetwood Town, who themselves are on a good run of form, with three wins in a row and no defeats in the last six.

The Cod Army defeated Wycombe Wanderers 1-0 on Tuesday night allowing Posh to leapfrog the Chairboys into the automatic promotion places following an emphatic 4-0 victory over Southend United at the Weston Homes Stadium.

Posh have won the last three games scoring four goals in each victory, the first time that has happened since 1960. Darren Ferguson’s men will have to battle the elements as well as the opposition with high winds and driving rain expected.

Posh welcome back Nathan Thompson from suspension but fellow defender Frankie Kent is sidelined for up to six weeks with a knee injury. Idris Kanu has returned to the squad after an eye injury. Striker Ivan Toney will miss the next two games after collecting his 10th booking of the campaign on Tuesday evening.

Fleetwood striker Ched Evans was sent off in that win over Wycombe Wanderers and is set to miss the clash with Posh. Former Posh midfielder Paul Coutts is expected to line-up against his former club while Danny Andrew is also on the books at the club.

“Fleetwood is always a tough place to go but with the weather conditions expected, it will be even tougher, but it is the same for both teams, we just have to play our football. Fleetwood are on a good run of form themselves; they have a lot of experience in their squad and they have some talented players. We want to finish this run before the break with a win and then look forward to the little break that is coming up,” Darren Ferguson said.

The game is not all-ticket, fans can purchase tickets until 2pm at www.theposhtickets.com, via the Ticketmaster hotline 0844 847 1934 (calls cost 7ppm plus your network access fee), and in person at the Weston Homes Stadium Ticket Office. Fans can also buy tickets at Highbury with seated and standing tickets available. Just under 200 had been sold in advance at 5pm on Thursday.

Posh will be in the away kit or this fixture.