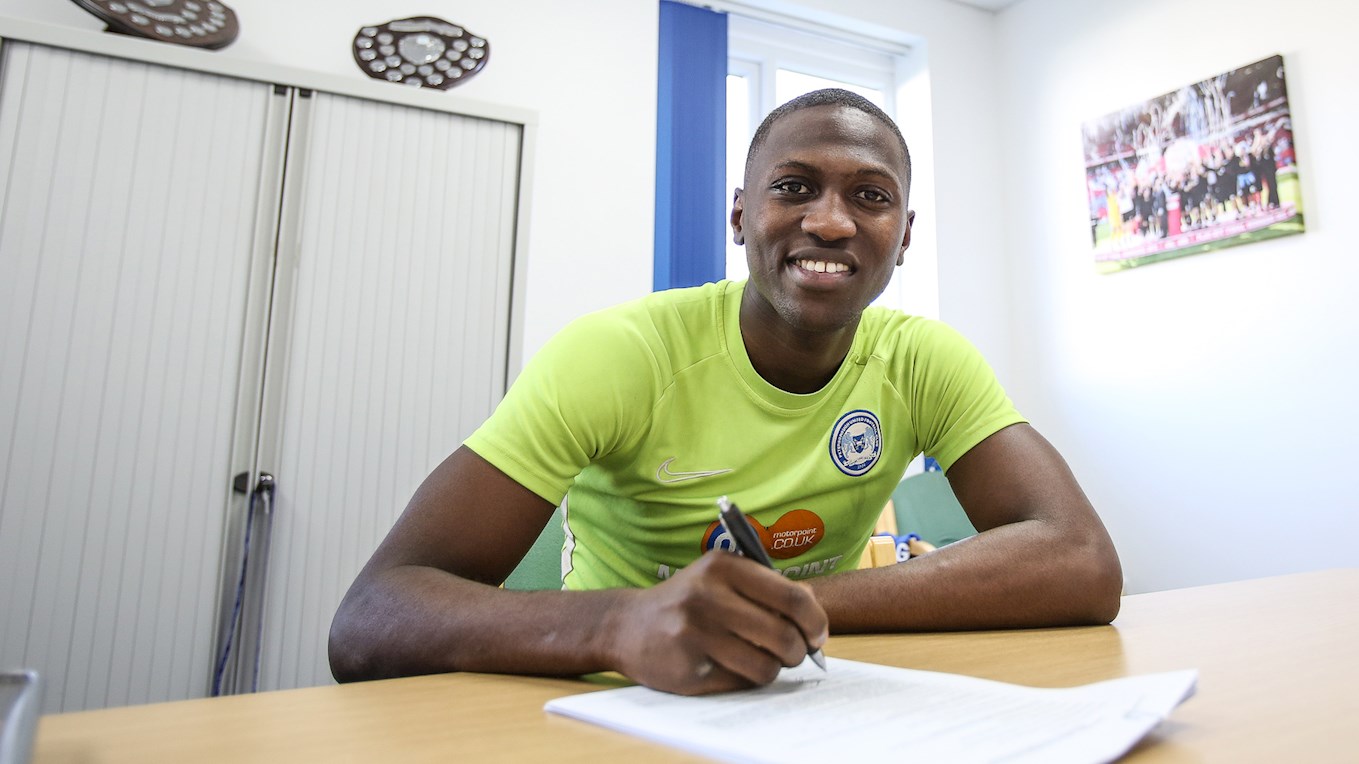 Idris Kanu has put pen to paper on a new contract at the football club.

Peterborough United starlet Idris Kanu has signed a new three-and-a-half-year contract, which will keep him at the football club until the summer of 2023.

The 20-year-old, who is working his way back to full fitness after suffering an eye injury in training, has impressed manager Darren Ferguson since his return to the club and was arguably one of the best players on the pitch in the 2-2 draw at Portsmouth, his last appearance prior to the injury in early December 2019.

“The lad has done very well, I have high hopes for him because he has a lot of potential and it is important that we were able to tie him down to a long-term contract. He was on-loan at Boreham Wood when I returned. I had a good chat with him, he needed to get fitter and physically stronger and he has done both of those things.

“He is quick, powerful and is a good player. I think he can improve. He can play in a number of different positions and the challenge for him now is that final bit, his finishing, final cross or pass but that is always the most difficult thing for an attacking player. We are working with him on the training ground and he is taking everything on board.”

Kanu was delighted to get a new deal but insists that won’t change his work ethic as he strives to improve as player. “I am delighted to sign a new deal. I feel that I have worked hard for it, hopefully the manager has seen that determination and I have been able to show the supporters what I can do as well.

“The injury came at the wrong time for me really because I feel that I was getting to the point of being a regular in the squad and had played in the match against Portsmouth. That happens though, it is down to me now to try and win the shirt back and I will be doing all I can to do that. I had no hesitation in signing the new contract. The manager has showed a lot of faith in me and I am looking forward to repaying that faith,” Kanu said.

Kanu is not set to be involved against Oxford United on Saturday afternoon at the Weston Homes Stadium with boss Darren Ferguson expecting him to return to the squad for the trip to Fleetwood Town next week. “I just think he needs another full week of training before we would consider him in the first team squad again. He has missed a fair chunk of games but it is great to see him so close to being available.”