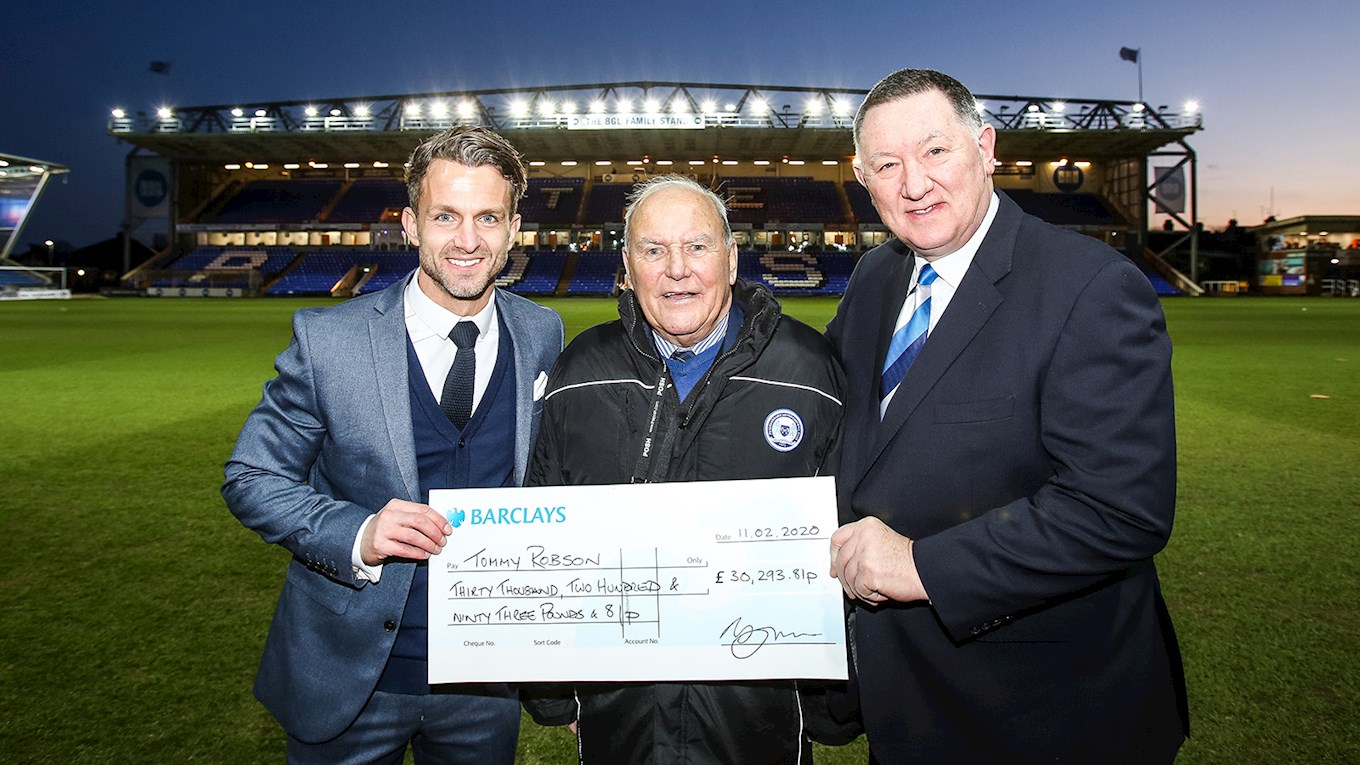 Over 300 people packed into the Holiday Inn last week to raise thousands of pounds for a Posh legend.

He may have played in front of thousands of people in his playing days, but former Peterborough United star Tommy Robson took more joy out of speaking in front of a packed Holiday Inn Hotel at a special fundraising evening for the club’s record appearance holder, who is suffering from Motor Neuron Disease.

Hosted by BBC Radio Cambridgeshire breakfast show DJ Kev Lawrence, the evening included a three-course meal, a raffle, an auction and interviews with former team-mates, friends and distinguished guests before Robson himself closed the evening with some anecdotes from his playing days.

After kicking off the evening with tributes from Chief Executive Bob Symns, Director of Football Barry Fry, first team manager Darren Ferguson and Historian Peter Lane in a specially put together DVD, which also included footage from Robson’s playing days and an interview with the man himself about his diagnosis, the guests were then treated to a three-course meal.

Throughout the evening, auction items, including a signed Chelsea shirt, a framed signed Alan Shearer shirt, a signed Marcus Rashford shirt, a signed Sir Alex Ferguson shirt, a glove autographed by Tyson Fury and a encased signed right boot from Robson, helped swell the money raised, which was all going to be donated to Tommy as he continues to fight the illness.

At the end of the night, the total raised for Tommy was revealed and ahead of Tuesday night’s 4-0 win over Southend United, a cheque for over £30,000 was presented by chief executive Bob Symns and Commercial Manager Alex Harris who arranged the evening in Tommy’s honour. This money was boosted by an eBay auction launched by Club Shop Manager Emma Green and Julia Rayner of signed merchandise from clubs up and down the country.

A club spokesman said: “Everybody knows how highly Tommy is regarded, not just by the football club but by the city of Peterborough as a whole. It was great that so many people came out for this evening and helped raise a substantial amount of money that will hopefully help Tommy purchase some of the items that he requires moving forward.”