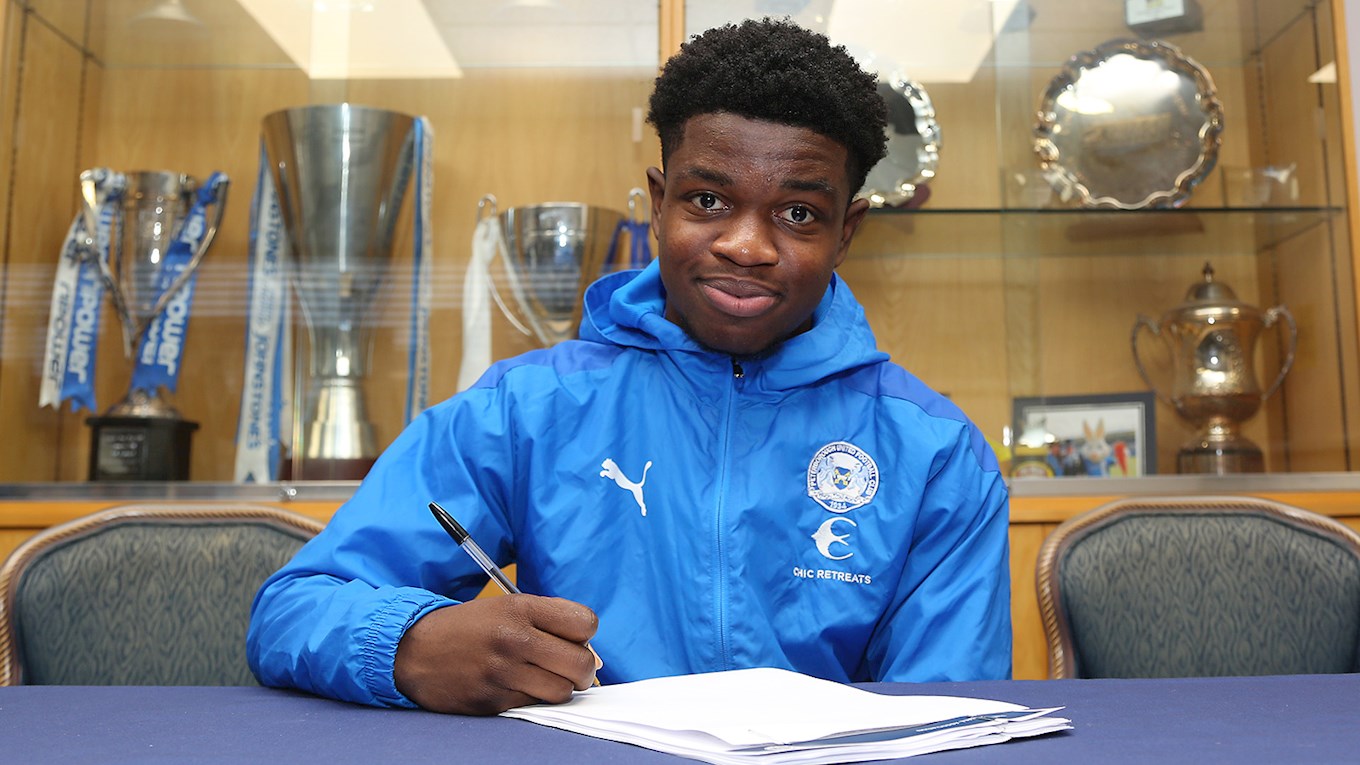 Youngster Benjamin Mensah has penned a long-term professional contract at the club.

Peterborough United are pleased to confirm that young defender Benjamin Mensah has penned a long-term professional contract at the club. The teenager has agreed a two-and-a-half-year contract to keep him at the Weston Homes Stadium until at least the summer of 2023.

Mensah, who has already tasted first team football with appearances in the Papa John’s Trophy, both last season and this, has impressed manager Darren Ferguson, particularly since the start of the campaign where he has demonstrated his potential in the first team group and for the under 23 side.

“Benji thoroughly deserves the contract. He has developed a lot since the start of the campaign, improving in the areas that he needed to and kicked on. He has been in and around the first team group and featured in the Papa John’s Trophy fixtures.

“He can play as a right back or as a right wing-back, he is aggressive and is an excellent one v one defender. Everyone talks about the qualities that a modern day full-back or wing back needs to have, and he certainly has all of those capabilities, but he is strong in that one v one aspect of the game and that is important.

“A lot of credit must go to Kieran Scarff, Matthew Etherington and Simon Davies who have worked with him within the Academy. It is great that we have another player that has graduated from the Academy system,” Darren Ferguson said.

Academy manager Kieran Scarff added: “Benji is a lovely lad, he works very hard and we enjoy working with him day in, day out. He has been consistent with his performances this season and credit to him for that. He has done well with the youth team and the under 23s and has done well when he has been given the opportunity within the first team squad. A lot of credit must go to Matthew, Simon, James and Ev for supporting his development over the last season and a half. We have always spoke about the pathway from the Academy through to the first team and this is another example of that.”