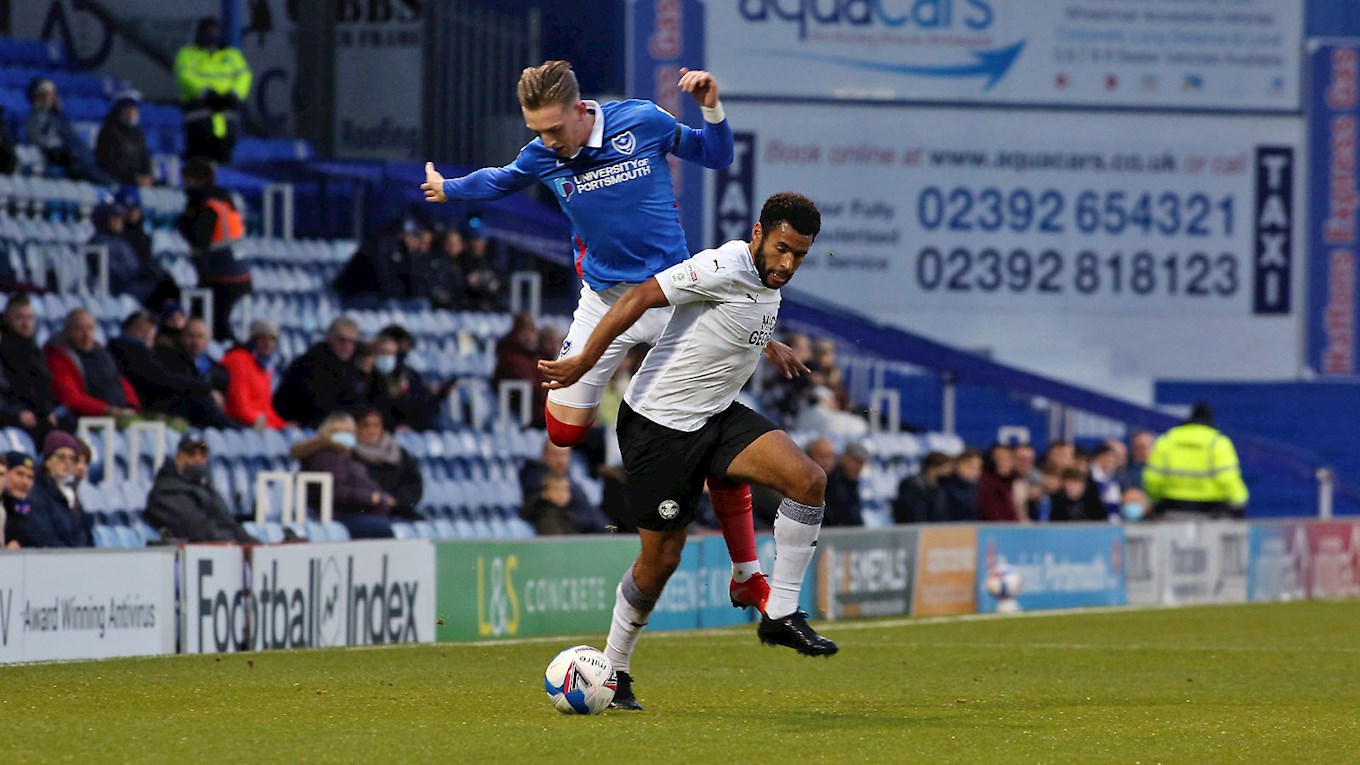 Match report for Portsmouth vs Peterborough United on 05 Dec 20

Posh undone by two second half goals at Fratton Park as Portsmouth record 2-0 win in front of fans.

Peterborough United’s recent run of poor form continued as Darren Ferguson’s men were beaten 2-0 by Portsmouth at Fratton Park in front of just under 2,000 supporters as two second half goals condemned Posh to defeat.

Siriki Dembele flashed a shot just wide of the post on three minutes from 25-yards after the home faithful had paid tribute to former player Papa Bouba Diop, who sadly passed away at the age of 42 earlier this week.

Dembele was superbly denied by the legs of MacGillivray on 34 minutes after a booming header from Beevers was not suitably defended by the hosts. Harness drilled a shot wide of the target with his left-foot on 37 minutes after Posh gave away possession in a dangerous area.

Nathan Thompson was cautioned for a foul on Curtis on 49 minutes as the home side broke at pace following a Posh corner kick. Cannon followed him in the book for a late foul on Taylor as the feisty start to the second half continued.

On 57 minutes, Pym denied Harness who let fly with his right-foot with Cannon firing the rebound wide of the target. On the hour mark, Blake-Tracy was cautioned for a foul on the far side as the quick tempo continued.

From the resulting free-kick, Portsmouth got themselves in front as a deep free-kick was powered into the back of the net by Jack WHATMOUGH. Darren Ferguson’s response was to make a triple change with Niall Mason, Idris Kanu and Ryan Broom introduced into the fray.

Whatmough headed over from a corner kick on 72 minutes as Portsmouth pushed for a second goal. They got that second goal on 74 minutes as NAYLOR let fly from distance and found the back of the net.