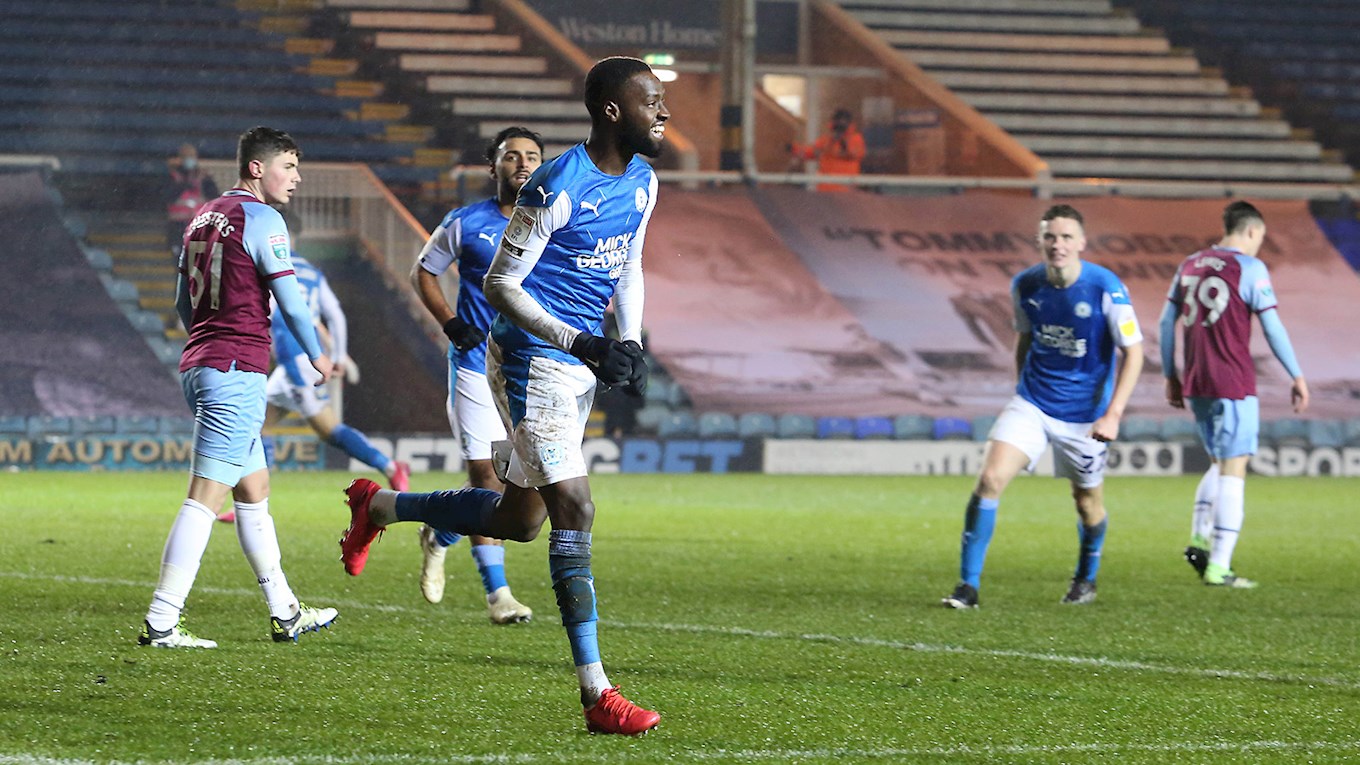 Flynn Clarke sent a shot wide of the target from 25-yards on four minutes after a lively start by Darren Ferguson’s men. Flynn Clarke, the winner of the Papa John’s Trophy Player of the Round in the group stage, had the ball in the back of the net on 12 minutes as Trott fumbled but the referee awarded a soft foul in the keepers’ favour.

Yarmolenko saw an effort kept out by the feet of Gyollai on 19 minutes after the Ukrainian international beat the offside trap. The same player saw an effort beaten to safety by Gyollai on 26 minutes as the Hammers tried to assert some control.

Brown sent a rasping drive wide of the target on 36 minutes after a neat spell of possession for Ferguson’s men. Eisa had a good chance to break the deadlock on 49 minutes after fine work from Brown and Kanu down the right, the latter pulling the ball back for the striker who just couldn’t keep his effort down.

Eisa swept a shot over the top following more good work from Kanu down the right on 52 minutes as Posh pushed for a breakthrough. That did arrive on 57 minutes as Clarke and Kanu linked and the latter put it on a plate for EISA to slide home at the back post to give Posh the lead.

Trott made two decent saves in succession, first keeping out a fierce drive by Eisa before positioning himself well to gather a snap-shot on the volley by Tasdemir. Yarmolenko was cautioned by the referee for arguably the worst dive I have ever seen on 70 minutes.

Posh made it 2-0 on 71 minutes as Serhat TASDEMIR swept home from around the penalty spot after an intelligent pull back into his path by Eisa. Posh made it 3-0 on 82 minutes as EISA grabbed his second goal of the game, crashing a shot into the roof of the net after the Hammers dallied in defence.

Gyollai did well to tip over a fierce Afolayan shot from range as the Hammers tried to find a consolation as we headed towards injury time. Hamilton was a whisker away from getting the goal his performance deserved in stoppage time, but his powerful left-foot curler whistled just wide.