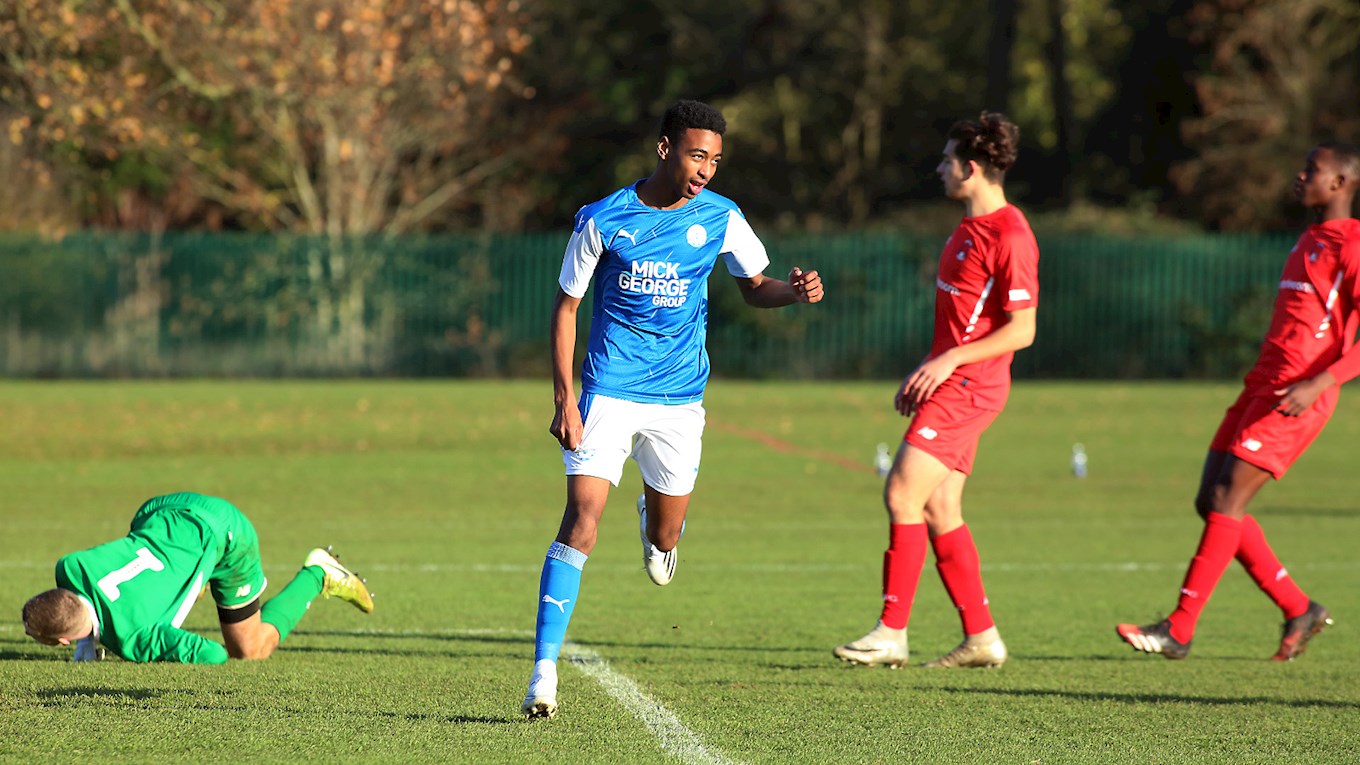 The Peterborough United under 18s can go top of the Youth Alliance League table on Saturday with victory at Leyton Orient after beating the same opposition in the home fixture at the Mick George Training Academy on Tuesday afternoon.

Striker Adler Nascimento was the hero as he netted a hat-trick with Nicky Gyimah and Charlie O’Connell also on target as Matthew Etherington’s men recorded a 5-0 victory over the O’s ahead of the trip to London on Saturday morning.

Etherington said: “I will be honest, in the first half, I wasn’t too happy. I wanted to see more intensity. We were 2-0 up at half-time but the score-line is irrelevant, it was not a performance I was pleased with but in the second half, the levels were upped, the intensity was there on and off the ball and scored three goals in the first 10 minutes to put the game to bed.

“Adler took his goals really well. He is getting up to full speed now after his injury and looks a real asset. He has a lot of potential. He contributes to the game, he is not just someone who will do one thing, he can link play, he can play with his back to goal and he is a good finisher. Hopefully, he will go on a run now.

“He does score all types of goals. His third goal was a good finish into the top corner, his second was a good finish from close-range and he was calm in front of goal for a one v one chance. He is still very young, but he has the attributes for me. It was a good win and we were able to take a few players off who played in the under 23s on Monday, so that was important.”