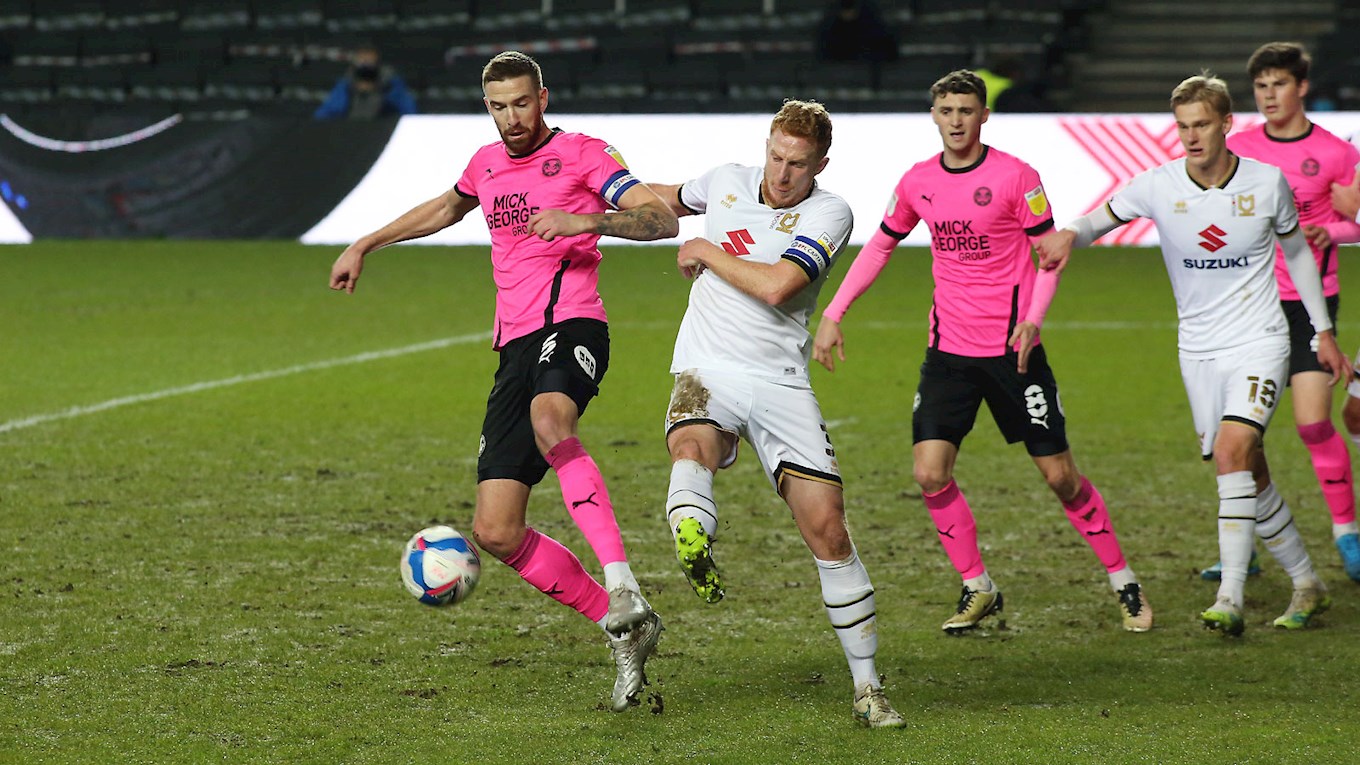 Posh were pegged back for a point in the second half as clash against MK Dons finishes all square.

Peterborough United picked up a point at Stadium: MK with Jonson Clarke-Harris’s 12th goal of the campaign cancelled out by experienced front man Cameron Jerome’s classy finish in the final third of the contest earning the Dons a 1-1 draw.

The home side had a glorious chance to open the scoring inside four minutes as a teasing centre from Scott Fraser was met unmarked at the far post by Lasse Sorensen, but the midfielder couldn’t keep his header on target with just Christy Pym to beat.

Pym was well placed to keep out a low Cameron Jerome free-kick on 12 minutes before Posh carved out a chance of their own as an Idris Kanu cut-back was hit into the ground by Flynn Clarke, keeper Andrew Fisher doing well to push it around the post.

On 25 minutes, Posh grabbed the lead, a forceful run from a central position by Siriki Dembele, he picked out Harrison Burrows down the left, his cross was perfect for Jonson CLARKE-HARRIS who nodded it back where it came from and into the bottom corner.

Sorinola was cautioned for either a foul or dissent, he fouled Kanu and then launched a tirade at the official. Clarke-Harris was close to making it 2-0 from another Burrows cross on 33 minutes, but this time he powered his header wide.

The Dons Goalkeeper Coach and Assistant Manager were cautioned for dissent as the first half drew to a close, frustrated at the decisions of the officials. Ferguson made a change on 52 minutes with Mo Eisa replacing Dembele with Sammie Szmodics replacing Clarke just before the hour.

Ferguson made a triple change on 71 minutes with Niall Mason, Dan Butler and Ethan Hamilton replacing Kanu, Brown and Burrows as Posh tried to withstand the pressure from the hosts. On 76 minutes, the Dons got the goal their possession deserved as JEROME raced onto a pass from Fraser and coolly slotted past Pym.