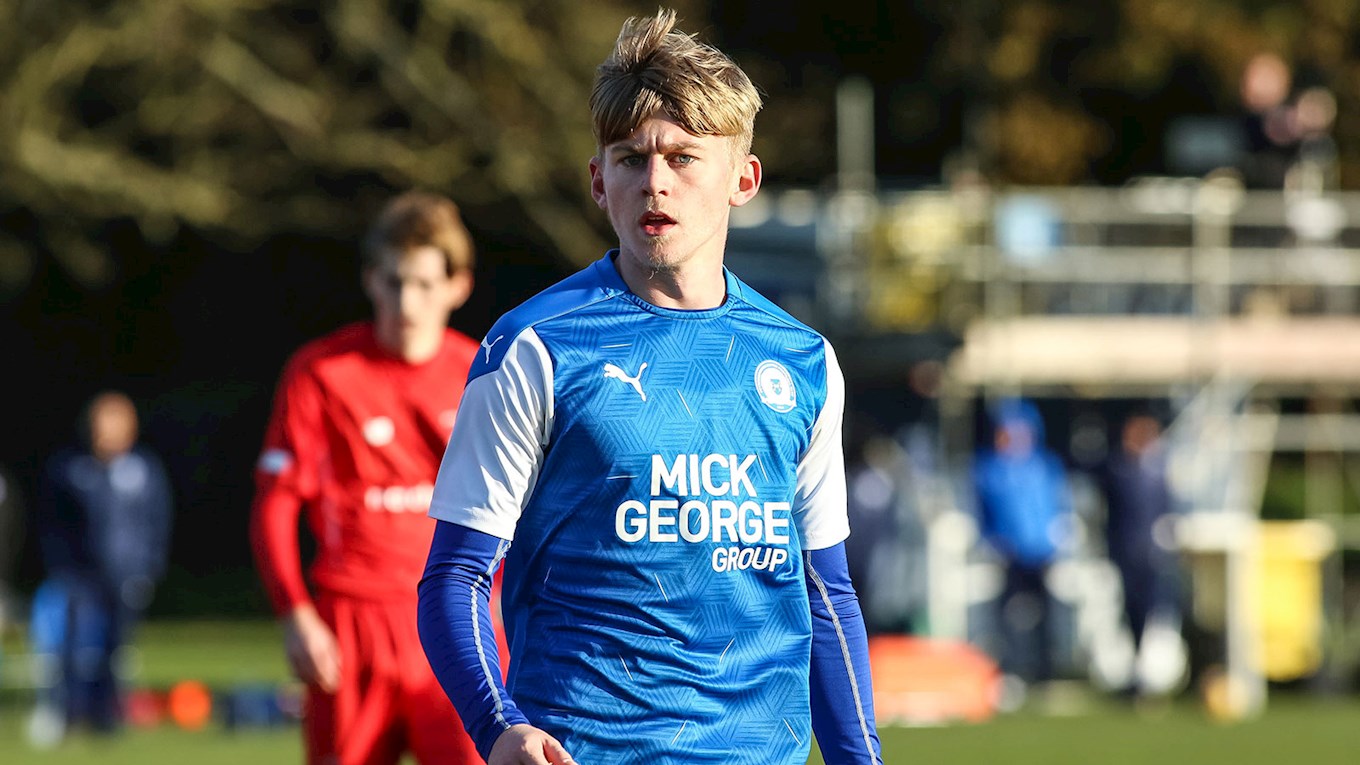 The Posh under 18s beat Leyton Orient for the second time in a week and once again it was emphatic.

The Peterborough United under 18s made it 10 goals from two league fixtures against Leyton Orient as Matthew Etherington’s men recorded a 6-0 victory at the Mick George Training Academy on Saturday morning.

It was six different scorers for Posh too, including under 16 front man Reuben Marshall, who netted his first goal at that level. Adler Nascimento, another player under 16, continued his rich vein of form with a well take effort while Kellan Hickinson, Charlie O’Connell, Nicky Gyimah and Harry Thomas also found the back of the net.

Posh are now top of the Youth Alliance League table ahead of the trip to Stevenage at the weekend. Etherington was pleased with his side’s display: “It has been a good week for us with three wins on the spin including two against Leyton Orient. We started the game really well, scored two quick goals and played on the front foot.

“It was a comfortable game in many aspects. Reuben scored his first goal at under 18 level, that was pleasing, and it was a good performance and for the most part we passed the ball well. The boys are in a good place right now, both individually and as a team. I really think that the game at Altrincham in the FA Youth Cup was an important stepping stone because we didn’t deviate from our performance, although it was a tight game and we weren’t taking our chances, our display was good and we have taken that forward.

“We now have two away league games before we have the Christmas break and one FA Youth Cup tie against Doncaster, so I would like to think the players are looking forward to those matches right now. Scoring six goals and having six different scorers was good, two of them being under 16s, and one from Kellan who is now back from injury and firing.

“He is a creative player; he took his goal really well. He made Nicky’s goal and looked lively throughout. We also have a couple of players coming back from injury soon so that is positive as well,” Etherington said.