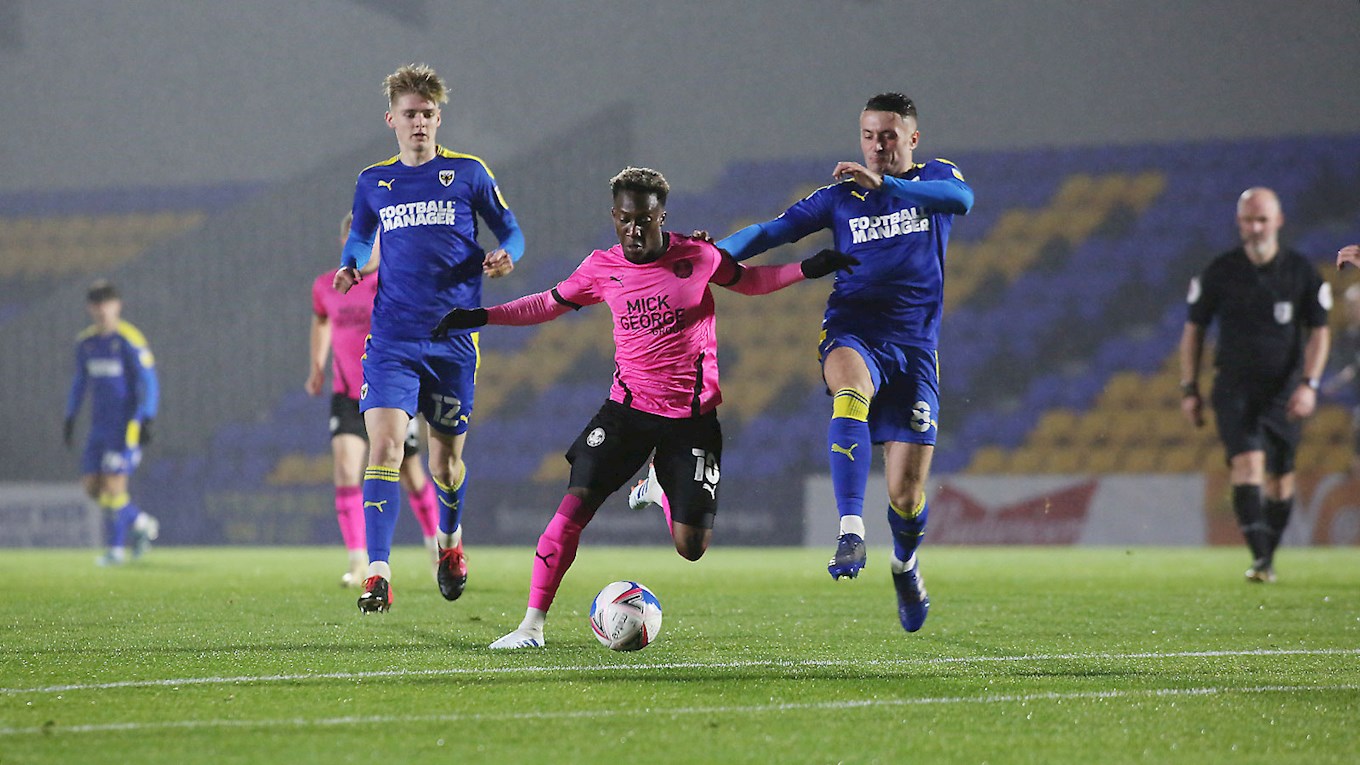 Peterborough United put in a much improved display but left Plough Lane pointless as AFC Wimbledon scored two quick-fire goals at the start of the second half to give Darren Ferguson’s men a mountain to climb and despite a Jonson Clarke-Harris free-kick, Posh couldn’t force an equaliser despite plenty of possession deep in the Dons rearguard.

Darren Ferguson’s men made a bright start, keeping possession well in the early moments and on 12 minutes were a whisker away from breaking the deadlock after superb work from Siriki Dembele down the right, he beat his man and picked out Ryan Broom but his effort struck the crossbar.

Sammie Szmodics and Broom linked well on 20 minutes, a slick one-two creating the shooting opportunity for the former, but his left-foot curler drifted over the top. Christy Pym did well to keep out an effort from Pigott on 29 minutes after a bit of indecision in the Posh defence.

Taylor saw an effort deflect behind for a corner kick on 34 minutes and from the resulting set-piece, Clarke-Harris saw a header cleared before Szmodics saw a shot blocked. Dembele carved out an opportunity for Szmodics on the stroke of half-time with a wonderful run and pass, but the former Bristol City man was denied by the body of Trueman.

The home side found the breakthrough on 57 minutes as a low shot by Rudoni was parried by Pym and stabbed into the back of the net on the rebound by LONGMAN. The Dons doubled their lead moments later as a corner bounced around and then somehow it was in the net with PIGOTT taking the credit.

Nightingale was cautioned for a foul on Dembele by the touchline by referee Kevin Johnson. Darren Ferguson made a change on 68 minutes with Ethan Hamilton replacing Broom. Posh reduced the arrears on 70 minutes as Jonson CLARKE-HARRIS curled home a fine free-kick from the edge of the box after he had been felled in an aerial duel.

Szmodics saw a snapshot well held by Trueman on 80 minutes as Posh tried to find a leveller as the game entered the final 10 minutes. Reed sent a piledriver from 30-yards over the top after good work from Dembele before Idris Kanu replaced Thompson.

Pigott struck the crossbar with a sweetly struck free-kick on 87 minutes after the referee awarded a set-piece for a foul on the edge of the box.

It was certainly much improved display by Posh, but ultimately wasted opportunities in front of goal was the undoing with manager Darren Ferguson calling on his side to be more ruthless in both boxes.