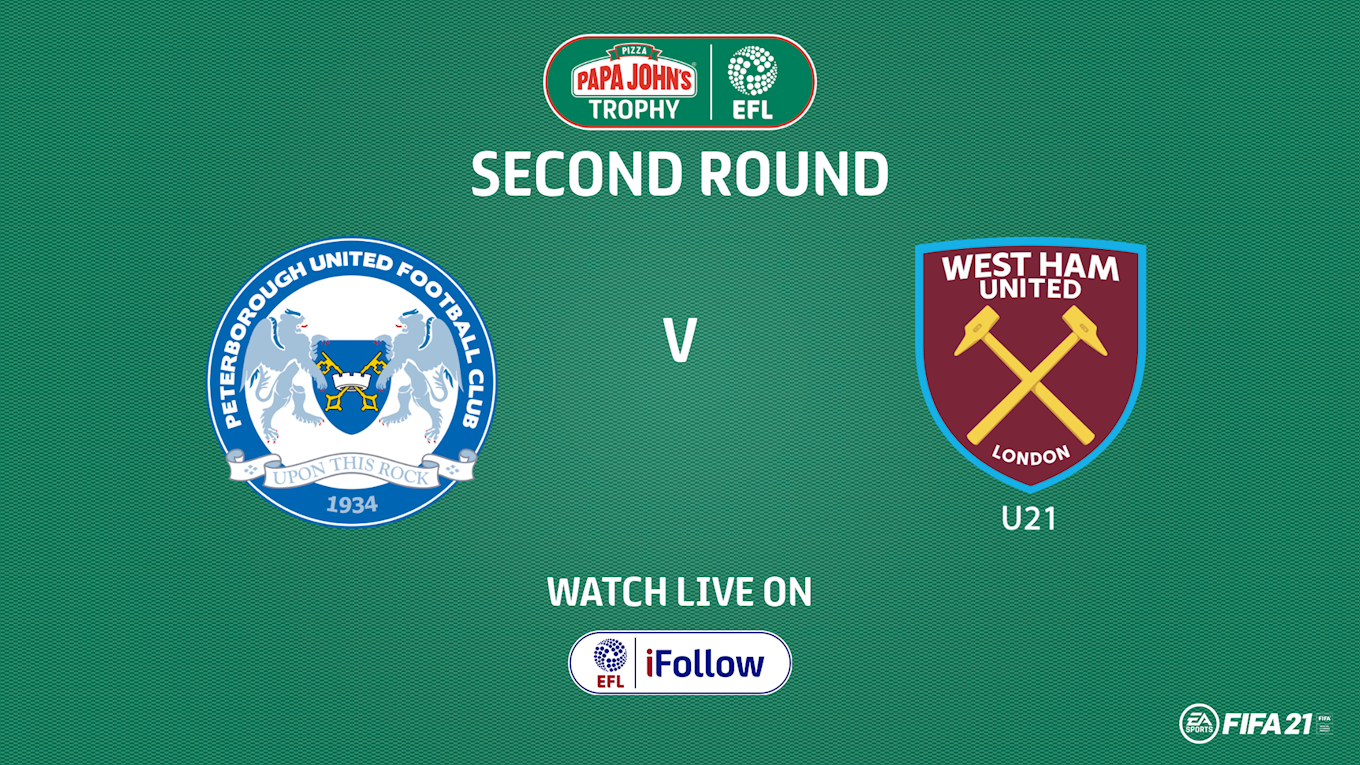 Peterborough United welcome the West Ham United under 21s to the Weston Homes Stadium on Tuesday evening in the second round of the Papa John’s Trophy (7pm).

Posh progressed to the knockout phase of the competition after coming through the group stages against Fulham under 21s, Burton Albion and Cambridge United. Darren Ferguson’s men are looking to bounce back after a frustrating run of results and a number of squad players will have the chance to impress ahead of the Sky Bet League One fixture with Rochdale on Saturday.

Dan Butler is unavailable due to a calf injury, but will return for the clash with Ipswich Town, while front man Ricky-Jade Jones is scheduled to return on Boxing Day at Gillingham following a leg injury. Joe Ward could return to the squad for the clash with Charlton Athletic just after the Christmas period.

Teenager Flynn Clarke, who was named the Player of the Round for the group stages, is expected to feature while Serhat Tasdemir, Ronnie Edwards and Harrison Burrows are involved. Reece Brown and Ethan Hamilton could start in midfield.

“Firstly, I am glad we are at home. We have watched West Ham’s youngsters in action. This game opens opportunities to the ones that haven’t been playing. I want players to take those opportunities in certain positions and of course the aim is to try and get into the next round of the competition. We need to stick to a formation that suits everyone, we changed formation on Saturday, hindsight is a great thing and when you watch it back, we didn’t play the system well enough,” Darren Ferguson said.

The BGL South Family Stand will be open for his fixture. The Caroline Hand Executive Suite will not be open. Supporters will need to read and accept the Covid-19 Code of Conduct before tickets can be purchased. This can be found here: code of conduct. Tickets are priced at £18 for adults and £9 for Seniors 65+, U22s and U18s. Tickets purchased will be E-Tickets/Digital Tickets issued via email. Tickets will be limited to one per person.

Supporters are advised that for Social Distancing reasons, a maximum of four per social bubble/household will be able to sit together.* £2.25 booking fee per ticket applies to telephone orders.

Supporters will be able to watch the game on iFollow with £10 match passes now available to purchase here:

If the tie is level after 90 minutes, it will go straight to a penalty shoot-out to determine the winner.

Paul Howard is the match referee.