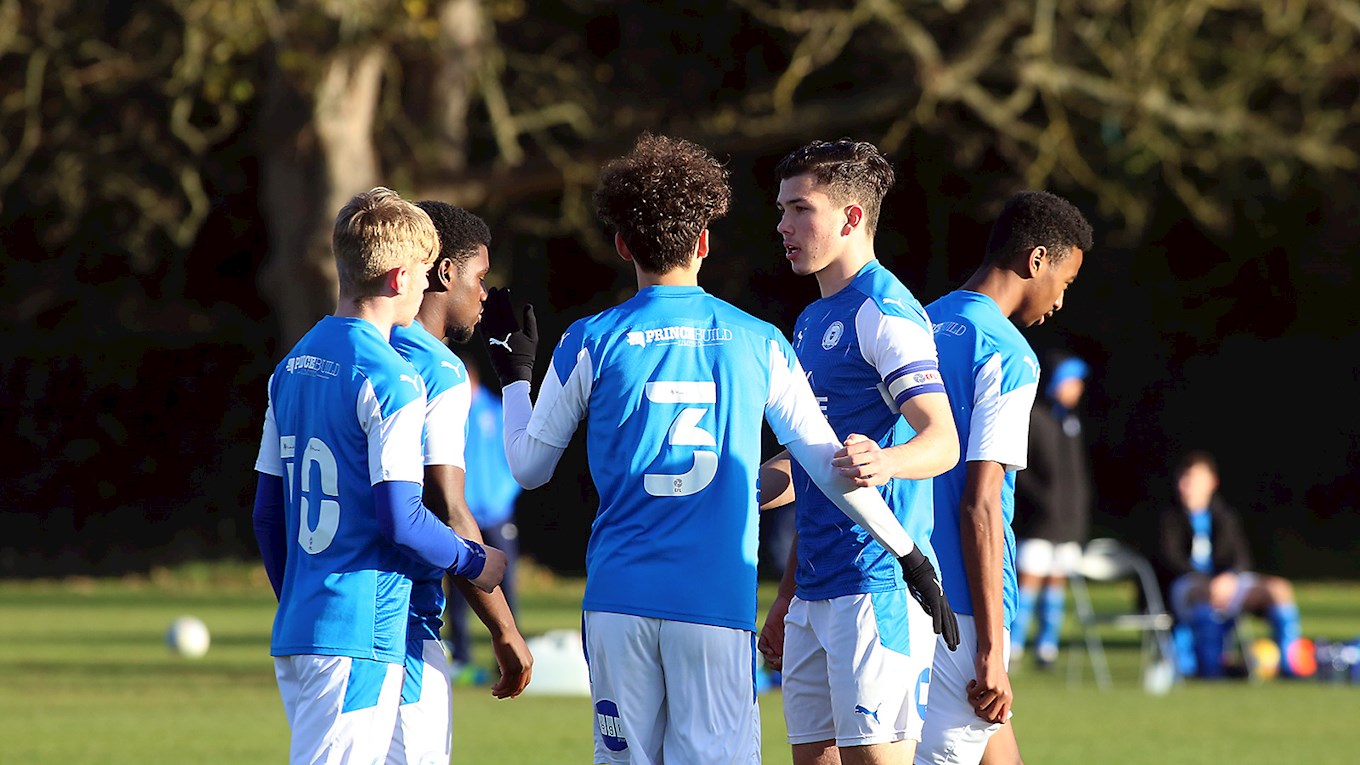 The Posh under 18s recorded a 2-1 victory over Northampton Town last weekend.

The Peterborough United under 18s put in an excellent second half display to secure all three points against local rivals Northampton Town under 18s at the Mick George Training Ground last Saturday morning with midfielder Luke Harris and an own goal ensuring Matthew Etherington’s men pocketed the win.

Posh carved out numerous chances in front of goal, particularly after the interval and deserved the three points after taking a little time to adjust after Northampton had equalised during a competitive first half.

Manager Etherington said: “Northampton play a certain way and they are always tough games. We started off the game well for the first 15 minutes and scored a well-worked goal from Luke Harris, but from a defensive error, they equalised and it spooked us to be honest. They didn’t have a lot of possession, but they did have a lot of the territory and goalkeeper Will Blackmore had to come and be dominant in the air and he did, he was excellent.

“A draw at half-time was fair. In the second half we were a lot better, we passed it better, and we got the winner that we deserved when Nascimento drove a ball across goal and the defender sliced it past his own keeper. It was a good win and a decent performance in the second half with plenty of positives to take.

"We finished the game with another under 16, Reuben Marshall, in attack alongside Adler so that was a very young front pairing. Reuben has scored a lot of goals at under 16 level, so it is good for his development to get minutes playing up