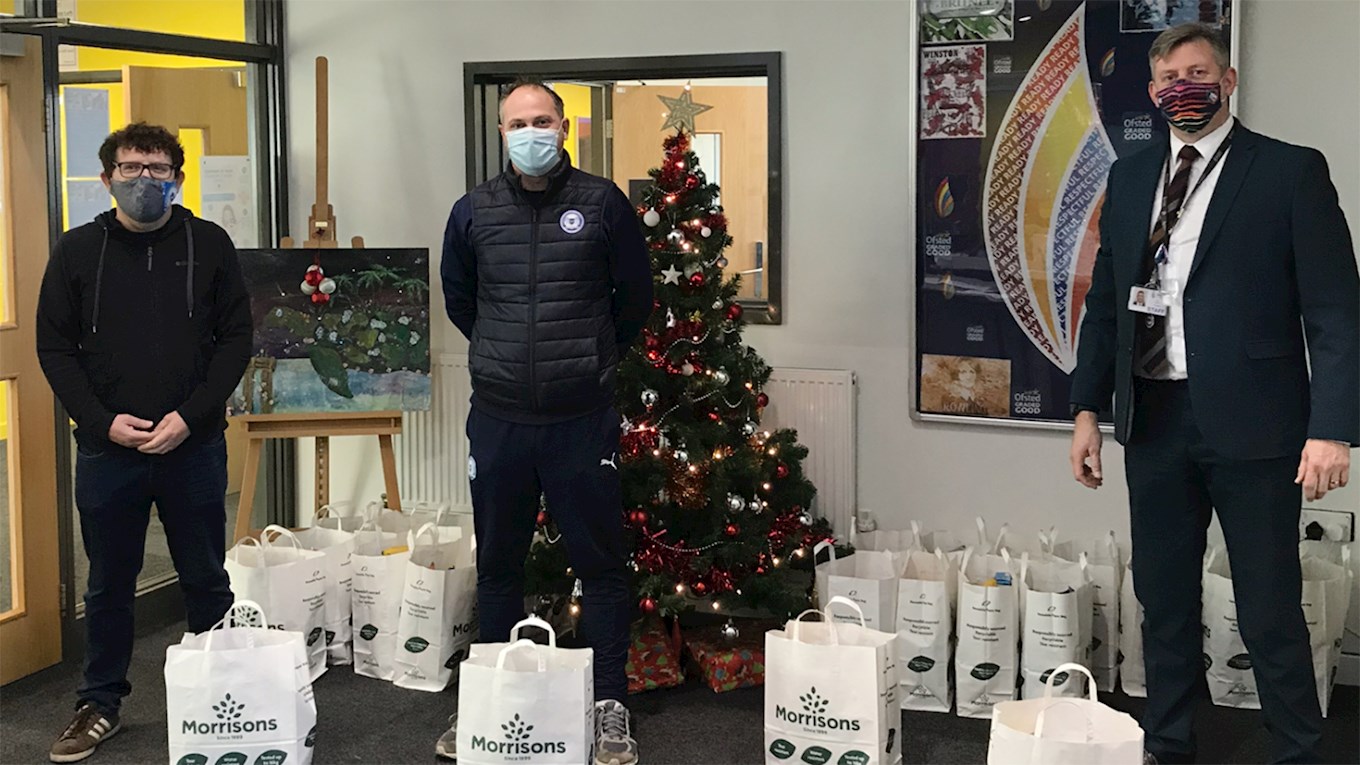 The Free Kicks Foundation, with an aim of providing football-related activities for ill, bereaved and disadvantaged children, giving them a day to remember with their favourite football Club, led a fund-raising initiative to increase the quantity of parcels and number of items distributed.  Steve Thorpe from the Free Kicks Foundation said “As we can’t currently do our normal work of taking children to matches, we wanted to do something to finish 2020 on a good note. Following Marcus Rushford’s brilliant campaign to arrange free school meals during October Half term, we approached The Posh Foundation to work together to provide meals for deserving children in Peterborough.”

Gill Wignall, CEO of the Posh Foundation added “This situation was obviously highlighted by Marcus Rashford and in October we were aware of the same need in our community and delivered food parcels to about 150 families. This week we will be delivering food to 350 children, who attend primary and secondary schools we work in. We want to support these families, particularly at such a difficult time.

Since the first food package deliveries in October, Foundation staff have been delivering packages on behalf of local charity Millfield Community Fridge and also supports them with food donations.  All work has been formed from the issue of holiday hunger, highlighted across 2020 by Manchester United and England footballer Marcus Rashford.  Foundation staff have spent a week collecting and purchasing items with packing and delivering taking another two days with plans to target other beneficiaries in the new year.

Peterborough United Foundation Community Manager Gavin Slater also added: “Thanks to donations to Free Kicks, Free Kicks themselves adding £1,500 and a sizeable contribution from the players and management staff at Peterborough United, we have been able to deliver more parcels.  We have also had fantastic support from Morrisons and received food donations from both Asda and Tesco.  We hope that the parcels add some joy and eases any worries about feeding their families over the Christmas period.”