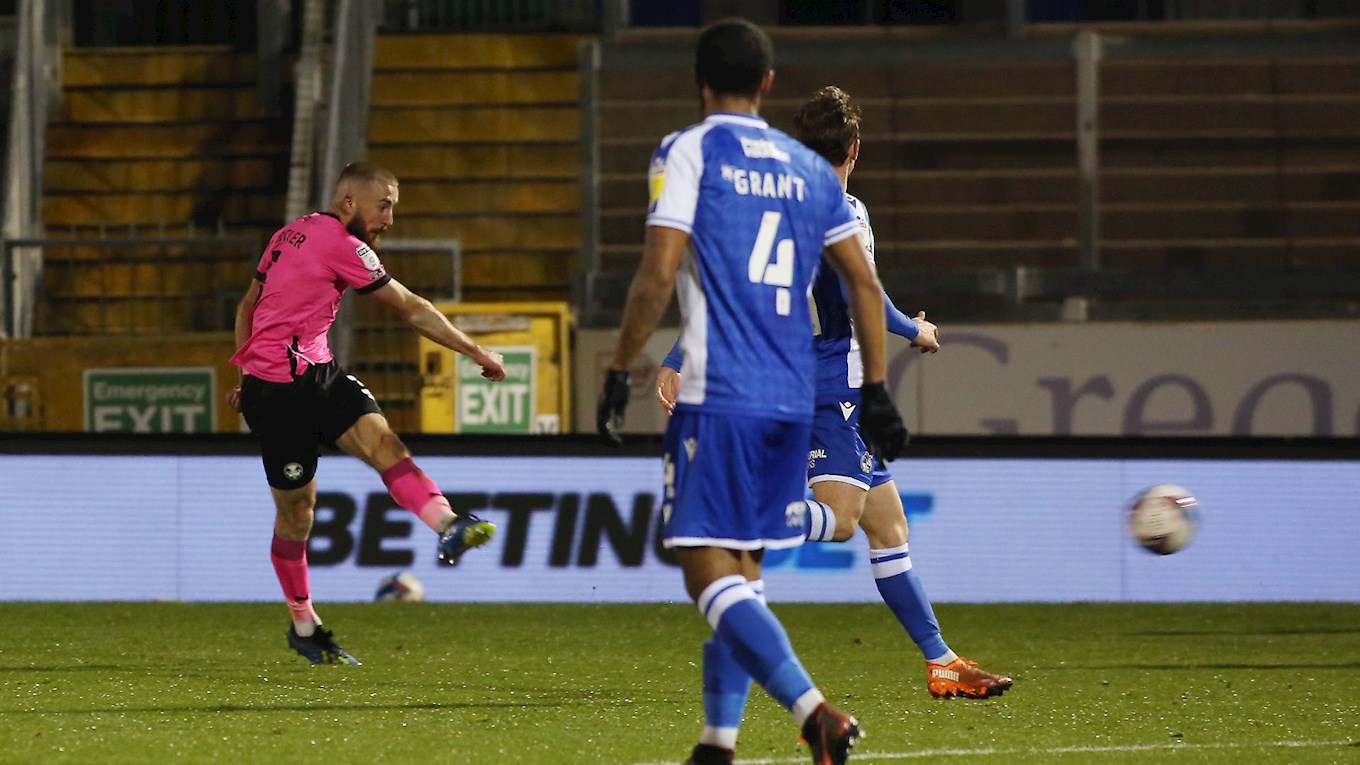 Butler Nominated For Goal Of The Month

Peterborough United defender Dan Butler has been shortlisted for the Sky Bet League One Goal of the Month award for November for his stunning strike in the 2-0 victory at the Memorial Stadium against Bristol Rovers.

Butler’s superb strike into the top corner from the edge of the box secured a comfortable victory for Darren Ferguson’s men.

The vote is open now and will close at 3pm on Friday with the winners being announced on Friday 18th December. To vote, make sure you head over to the EFL Twitter page, which can be found @EFL.

Butler is up against a strike from Sunderland midfielder Grant Leadbitter and Connor Grant of Plymouth Argyle.