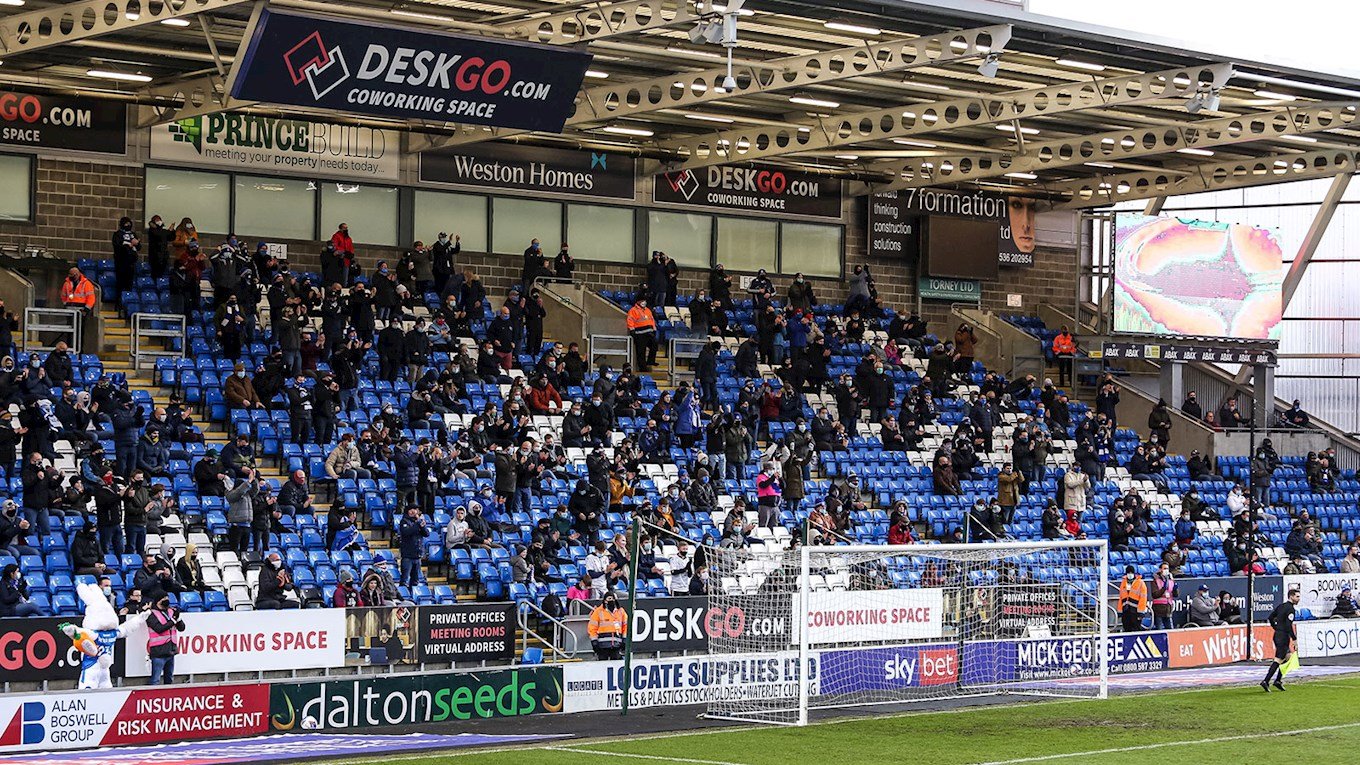 A “Thank You” To Supporters!

The Football Club would like to thank the fans that attended Saturday’s Sky Bet League One fixture with Rochdale at the Weston Homes Stadium for their support and for adhering to the advice regarding social distancing, mask wearing and one-way systems.

It was our second fixture with supporters, but a sizeable jump in terms of number from the Papa John’s Trophy tie with West Ham United and it proved to be a good learning exercise for staff as well as supporters.

While we were satisfied with large chunks of the match day operation, there are still some challenges to overcome. Throughout the day, we used the PA system to inform fans of the guidelines and in the main this was adhered too, however ensuring supporters leave the stadium safely is critical to ensuring we can host supporters in the future.

The DESKGO Stand was challenging to manage and we have looked at making changes to our protocols for the future. We do urge supporters to follow the protocols, they are designed with the safety of you and others. A key protocol is the traffic light system that we have implemented to ensure supporters can leave the stadium safely at full-time.

We have had a number of questions with regards to tickets for this Saturday’s Sky Bet League One fixture with Ipswich Town. At present, we are awaiting confirmation from the government with regards to which Tier Peterborough will be in. We expect that to be on Wednesday 16th December. We will be in a position to update supporters of the ticketing plan at that point, but with just two days to administer tickets, we ask fans to be patient and understanding with the challenges we face.

Thank you for your continued support.