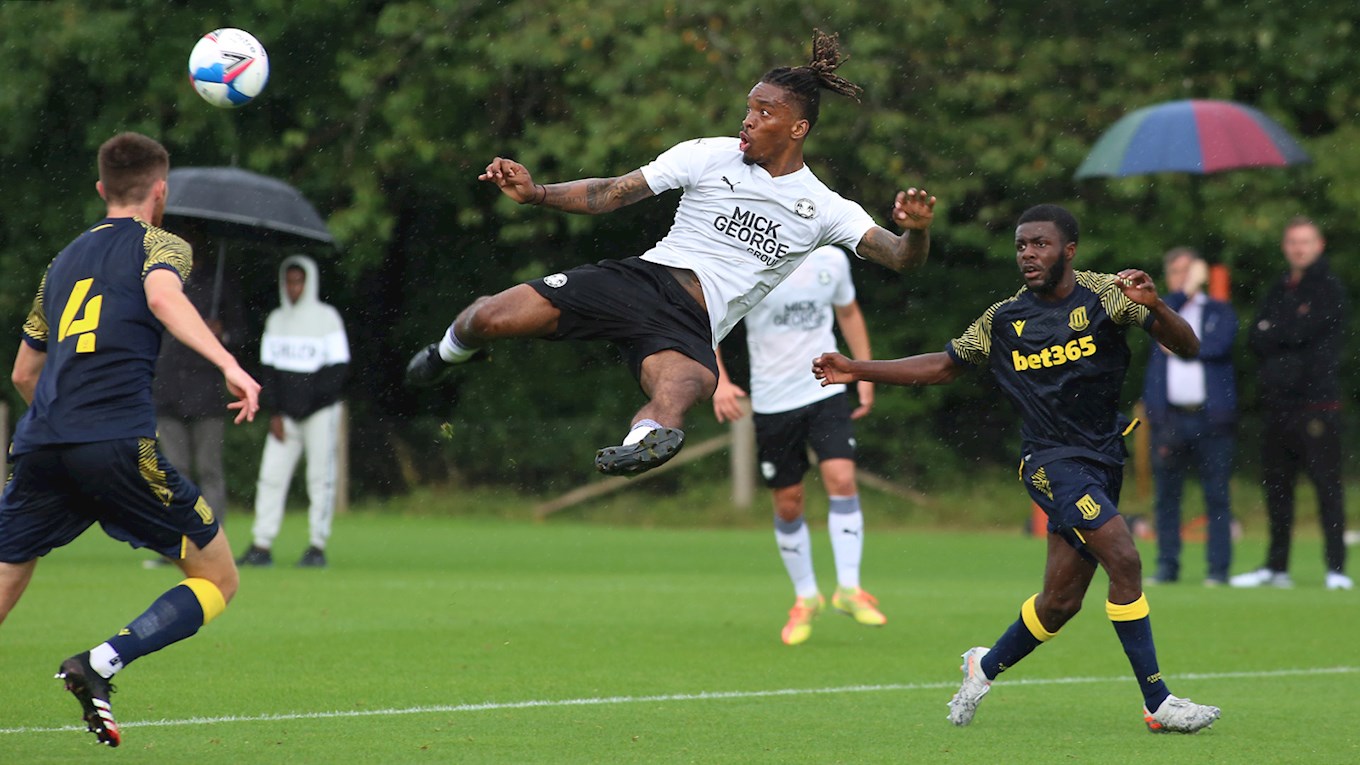 Toney On Target In Pre-Season Victory

Striker Ivan Toney scored the goal of the game as Peterborough United recorded a 3-0 victory over Stoke City under 23s at St. George’s Park on Tuesday afternoon as Darren Ferguson’s men made it five victories from five in pre-season.

Toney fired home an acrobatic effort following a clipped cross into the box in his first appearance for the club during pre-season. Posh were good value for their win, which began when youngster Harrison BURROWS fired home an angled effort on six minutes.

It was another teenager who made it 2-0, Ricky-Jade JONES sliding home from close-range to convert a low Burrows cross for his first goal of pre-season. The striker hit the post after excellent approach play from Ward and Tasdemir before TONEY volleyed home in mid-air to make it 3-0.

The in-demand front man had two appeals for spot-kicks turned down by Premier League official Kevin Friend while Tasdemir and Taylor both saw long-range efforts go over the bar. Joe Ward tested the City keeper from range, while Frankie Kent saw a close-range shot somehow kept out by the stopper after a corner caused panic.

Dan Gyollai made two excellent stops at the other end, tipping over a fierce effort from range before doing well to adjust his feet on a slick surface to keep out a low strike from 12-yards. Brad Rolt saw a late effort kept out after good work from Jones as Ferguson gave the majority of this on-duty XI the full 90 minutes.

Ethan Hamilton, Reece Brown and Kyle Barker, who joined the squad on Tuesday, all got 30 minutes into their legs while Toney was given an hour with Rolt playing the last 30 minutes. Posh face Derby County (first team) on Wednesday with those not involved against Stoke set to start.