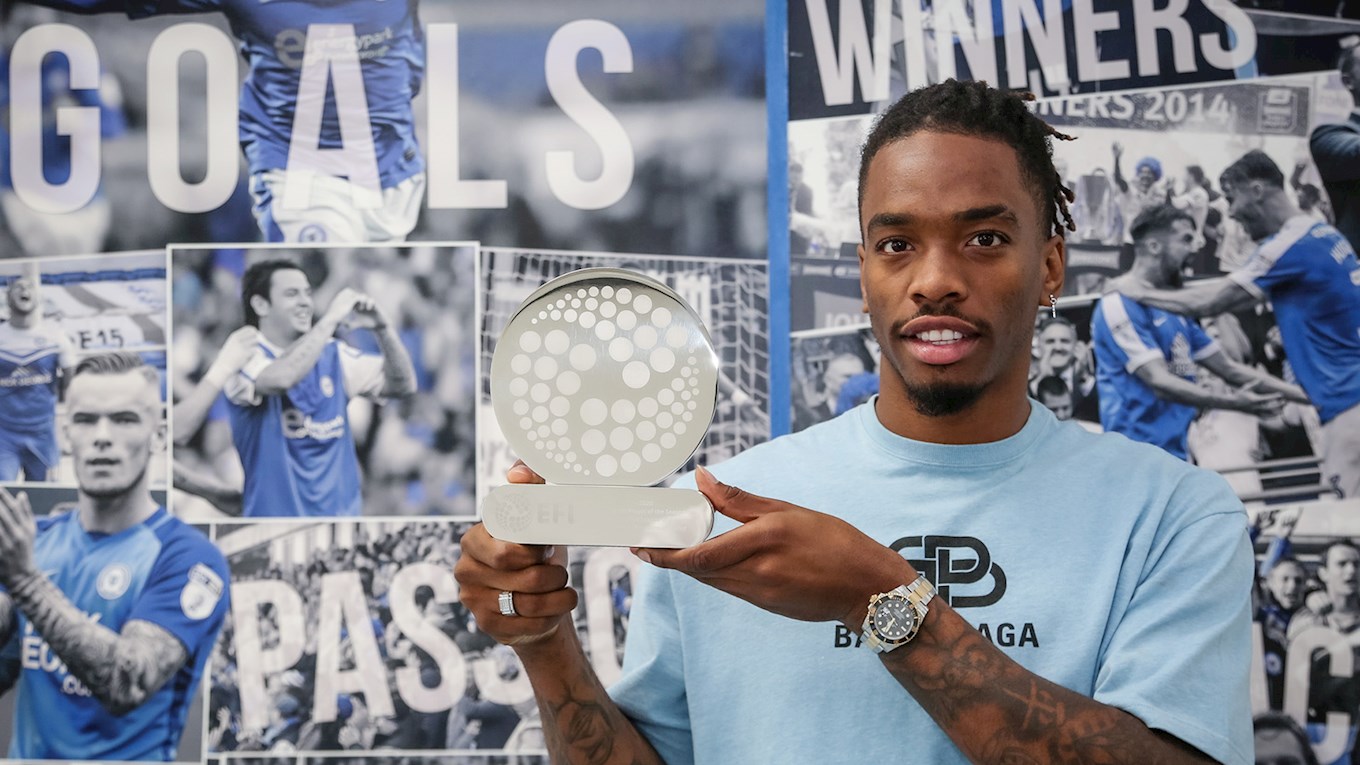 Toney Named League One Player Of The Year

It will come to no surprise that striker Ivan Toney has been named the League One Player of the Year.

Peterborough United striker Ivan Toney has been named as the Sky Bet League One Player of the Year following a superb campaign, with the former Newcastle United front man netting 26 goals in all competitions for Darren Ferguson’s men last term.

Toney, who was named the foreverposh Player of the Year and also the recipient of the Golden Boot award after his fantastic season, received the awards at the Mick George Training Academy. Toney was obviously pleased with how the season went on a personal note, but frustrated the team were unable to finish the job and secure promotion to the Sky Bet Championship.

“At the start of the season, my target was to win the Golden Boot and I managed to achieve that and I was really pleased how it went overall on a personal level, it was just disappointing we couldn’t get promoted. I felt good from the first game and I managed to carry that through the season, but you can’t win any awards without the efforts of your team-mates.

‘My family is a big part of my success, they come to the games, they support me from afar and I am sure that will be the case for years to come. They have been pushing me, keeping me grounded, so it is not just keeping the awards for myself, it is for me and my family,” Toney said.

Toney netted some superb goals during the campaign including the long-range effort against Dover Athletic in the FA Cup and a wonderful finish against Portsmouth in the final game of the season. However, Toney has his own personal favourite and has also selected what he believes to be the most enjoyable fixture of last term.

“I really enjoyed the goal against Lincoln at home (lob) and my best performance was probably Wycombe at home. It is in a strange way because I was not having the best of games, in fact I could have probably scored seven before half-time but I managed to get two and I enjoyed it the most because I was playing with a big smile on my face,” Toney added.