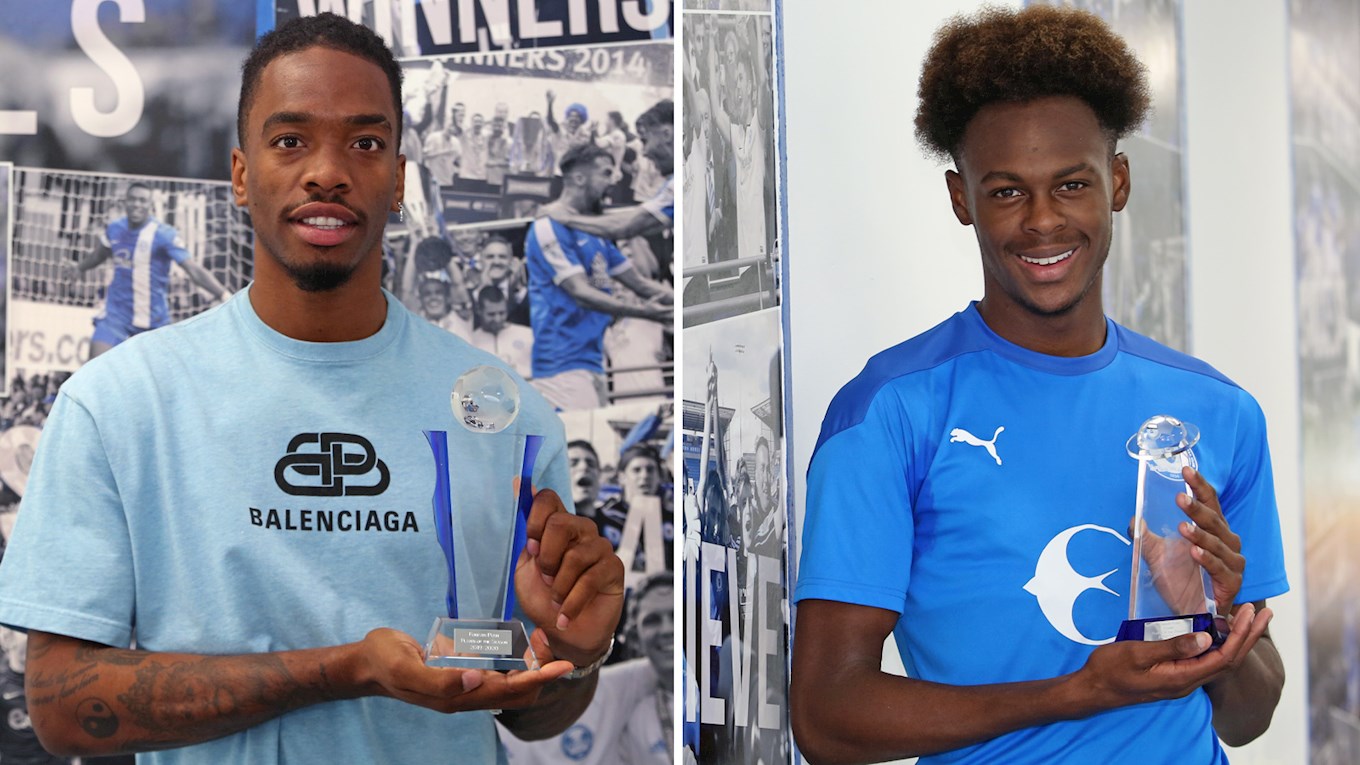 Posh duo scoop foreverposh awards for their achievements during the 2019-2020 campaign.

The main award is voted for in the Venue by foreverposh members monthly, with the accumulative total finding the outright winner. Toney had an outstanding season and was thankful to be voted as the winner by supporters.

“It is great to win this award and a big thank you to everyone who voted for me,” Toney said. “It was a great season for me on a personal level, it was just a shame that we weren’t able to finish the job and get promoted. I set out at the start of the season with a number of goals that I wanted to achieve, and I am really happy with how things went.

“You can’t win any award without your team-mates, so a big thank you to them too. I felt good from the start of the season, I was confident that I could have a good season and to score the amount of goals that I did was very pleasing for me,” Toney said.

The Young Player of the award is voted for by the first team manager Darren Ferguson and Academy manager Kieran Scarff. Jones was named as the winner and after four goals in the senior side, including a strike against Premier League side Burnley, he will be looking to build on that start this time around.

Meanwhile, the Away Travel Player of the Season award has been dedicated in memory of three supporters who sadly passed away during the calendar year. Duncan Warren, Alan Tilley and Jack Beeby were all regulars on the official coaches run by foreverposh and their names will feature on the shield, which will remain at the Weston Homes Stadium.