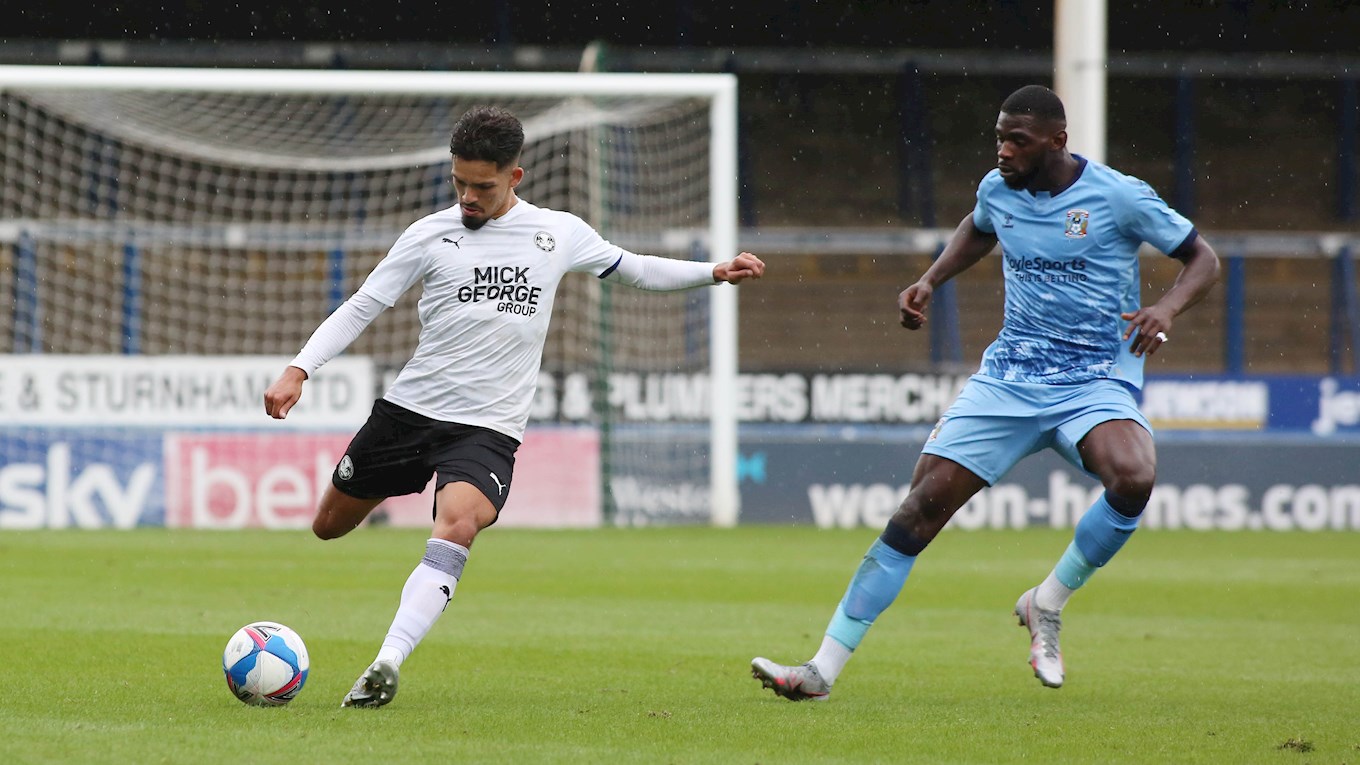 Posh suffer a second defeat to Sky Blues as visitors run out 3-2 winners at the Weston Homes Stadium.

Peterborough United suffered a 3-2 defeat to Championship side Coventry City in the second pre-season friendly between the two sides at the Weston Homes Stadium with Darren Ferguson’s men on target through strike pair Ricky-Jade Jones and Mo Eisa.

Defender Frazer Blake-Tracy guided an effort wide of the target following a deep corner kick in the early exchanges following a lively start but it was the Sky Blues who opened the scoring as BAKAYOKO raced clear following an error and fired across Gyollai and into the back of the net.

Jodi Jones saw a free-kick tipped over by the Posh stopper before Ferguson’s men levelled the scores as Ricky-Jade JONES used his pace to close down the Coventry keeper Wilson and slide the ball into the net as the shot-stopper dawdled in possession.

The Championship side took control in the first 15 minutes of the second half, first Jodi JONES curled home a left-foot shot into the bottom corner and then BAKAYOKO tapped home from close-range after a right wing centre.

Ethan Hamilton fired wide from long-range on two occasions before Posh pulled a goal back as EISA finished well after a clever pass from Clarke. Harrison Burrows fired straight at Wilson inside the last 10 minutes as Posh pushed for a leveller.

Clarke saw a deflected effort loop onto the roof of the net after the youngster linked well with Eisa. Jones fired into the side-netting at the other end for the Sky Blues.