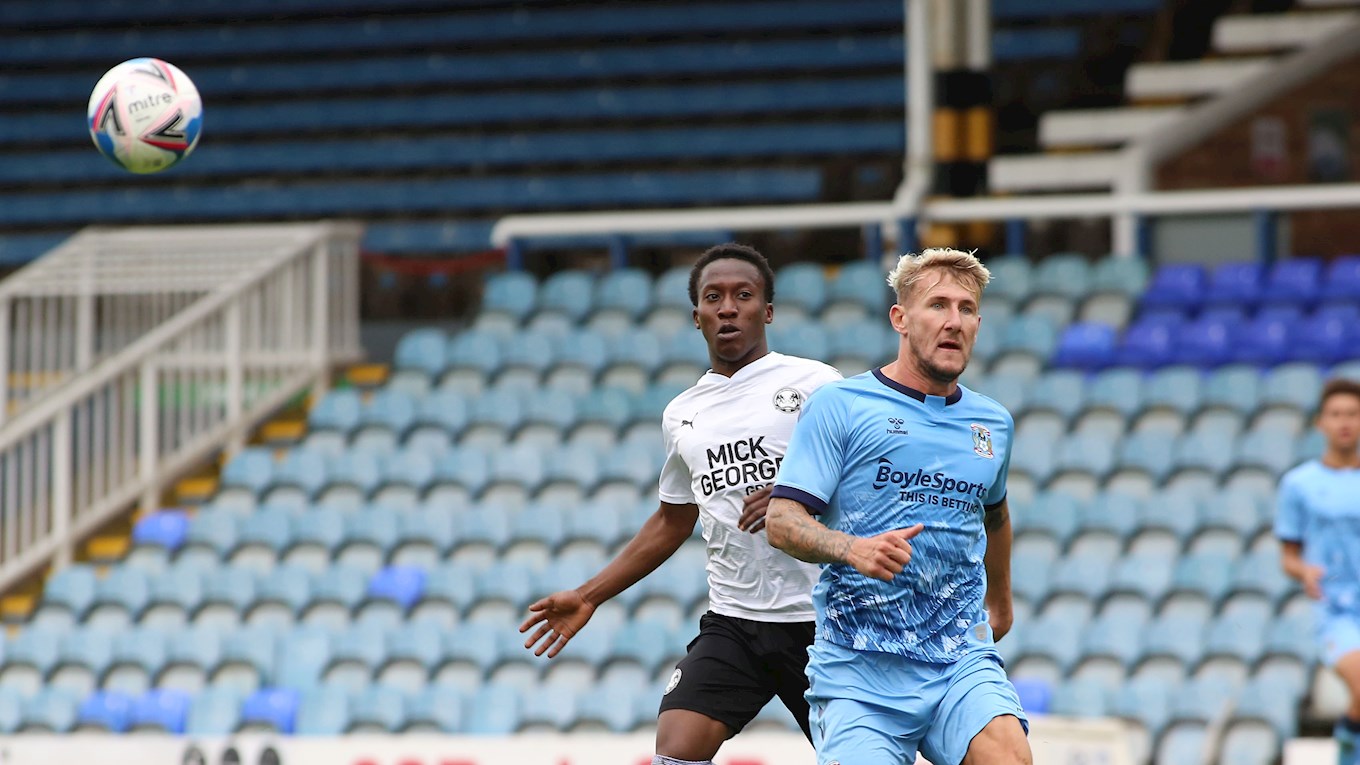 Coventry City record a narrow win in the first of two pre-season friendlies at the Weston Homes Stadium.

In quiet first period in terms of action as well as atmosphere, it was the Sky Blues who looked the more threatening with former Posh front man Matt Godden firing wide on the volley and seeing another effort go over the crossbar.

Jonson Clarke-Harris saw a free-kick strike the wall while Posh forced numerous corner kicks without testing goalkeeper Marosi. Substitute Drysdale headed wide when well placed for the visitors moments after the re-start before Coventry did find the breakthrough.

Posh squandered possession in the middle of the park and a cross from the right was swept home by GODDEN. Dembele fired wide from long-range at the other end on the hour mark as Posh struggled to create clear-cut opportunities in front of goal.

Drysdale clipped the outside of the post with an acrobatic volley from a corner kick as the visitors pressed for a second goal. Posh found an equaliser on 70 minutes and it was a fine strike, Kent did well to press and win the ball high, BROOM received it, cut inside onto his right-foot and rifled the ball into the top corner.

Substitute Tyler Walker tested goalkeeper Pym with a fierce drive on 78 minutes as Beevers suffered a painful slip. The visitors got their noses in front again on 84 minutes as an O’Hare shot hit the back of GODDEN and rolled into the back of the net.