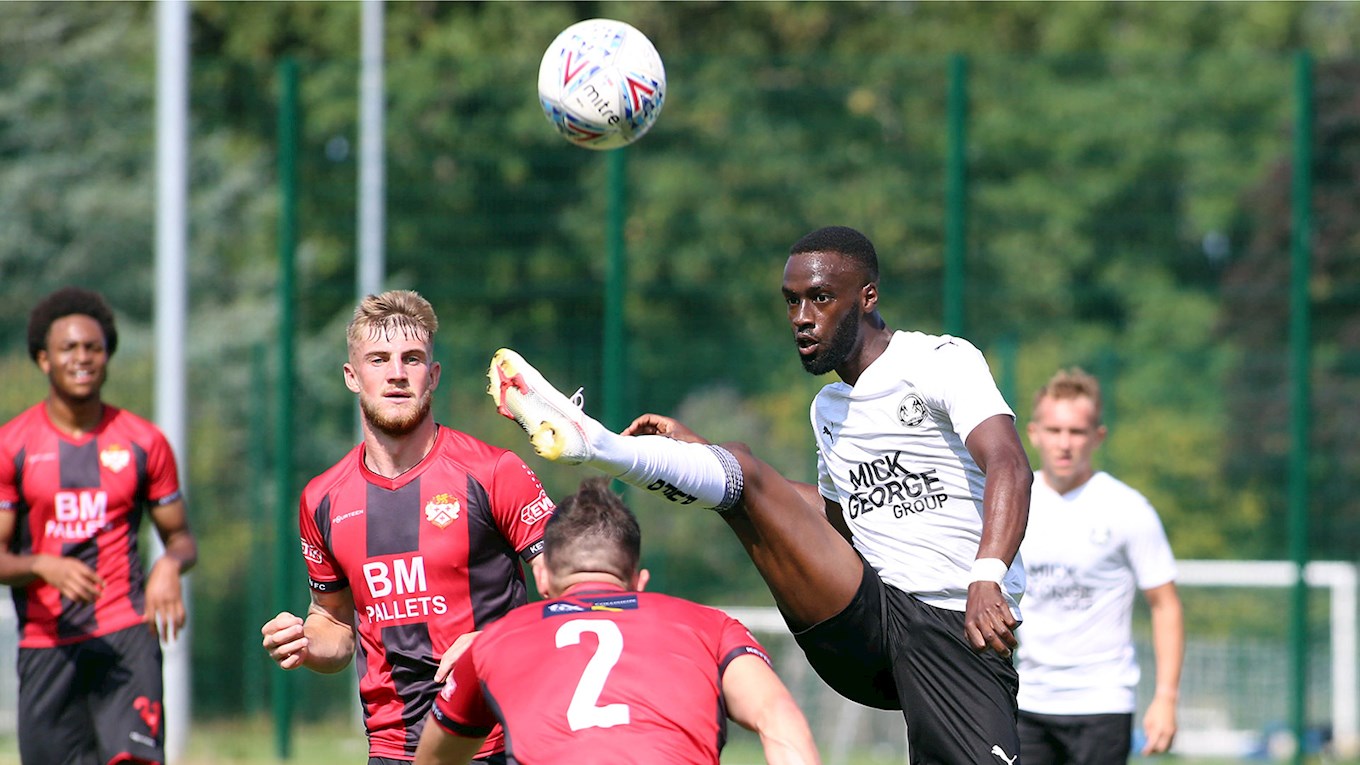 Peterborough United made it three pre-season friendly victories in a row with a thumping 8-0 victory over Kettering Town on Saturday morning as youngster Brad Rolt took his goal tally to four in three games with a hat-trick, which featured two superb finishes and an example of his non-stop pressing to force an error.

The game, which was played behind closed doors, featured two 60-minute halves of football with Ferguson deploying two separate XIs for each hour. Posh opened the scoring through Mo EISA who finished off a flowing move involving Louis Reed, Serhat Tasdemir and Siriki Dembele, with the latter unselfishly crossing for the striker to tap home.

EISA made it 2-0 with another close-range finish after excellent wing-play by Joe Ward as Posh created some strong openings with Dembele twice dragging efforts wide of the target after good approach play.

The visitors had a goal chalked off after the referee spotted a foul in the box before the Poppies shot-stopper was called into action to tip a Dembele effort around the post. It was 2-0 at the interval but the score didn’t stay like that very long in the second period as Brad ROLT scored his first goal with a rasping drive into the top corner after a lay-off from Ricky-Jade Jones.

Flynn Clarke saw a shot beaten away by the keeper while George Cooper curled a left-footed effort over the bar before Posh were awarded a spot-kick after Idris Kanu was upended in the box. Jack TAYLOR coolly sent the keeper the wrong way from the spot.

It was 5-0 shortly afterwards as CLARKE was in the right place at the right time to convert from close-range after Cooper’s free-kick had been kept out by a combination of the keeper and the post. Less than 60 seconds later, it was 6-0 with the goal of the game as COOPER spotted the keeper off the line and chipped him from fully 30-yards.

The young trio of Jones, Rolt and Clarke were causing plenty of problems and the latter came close to his second goal of the game but his bullet header was kept out. ROLT made it 7-0 with another impressive finish, turning on the edge of the box before firing into the back of the net.

George Boyd struck the bar from distance, Jones was kept out by the keeper and Cooper went close before ROLT completed his hat-trick, the keeper’s clearance striking the front man and rolling into a gaping net.