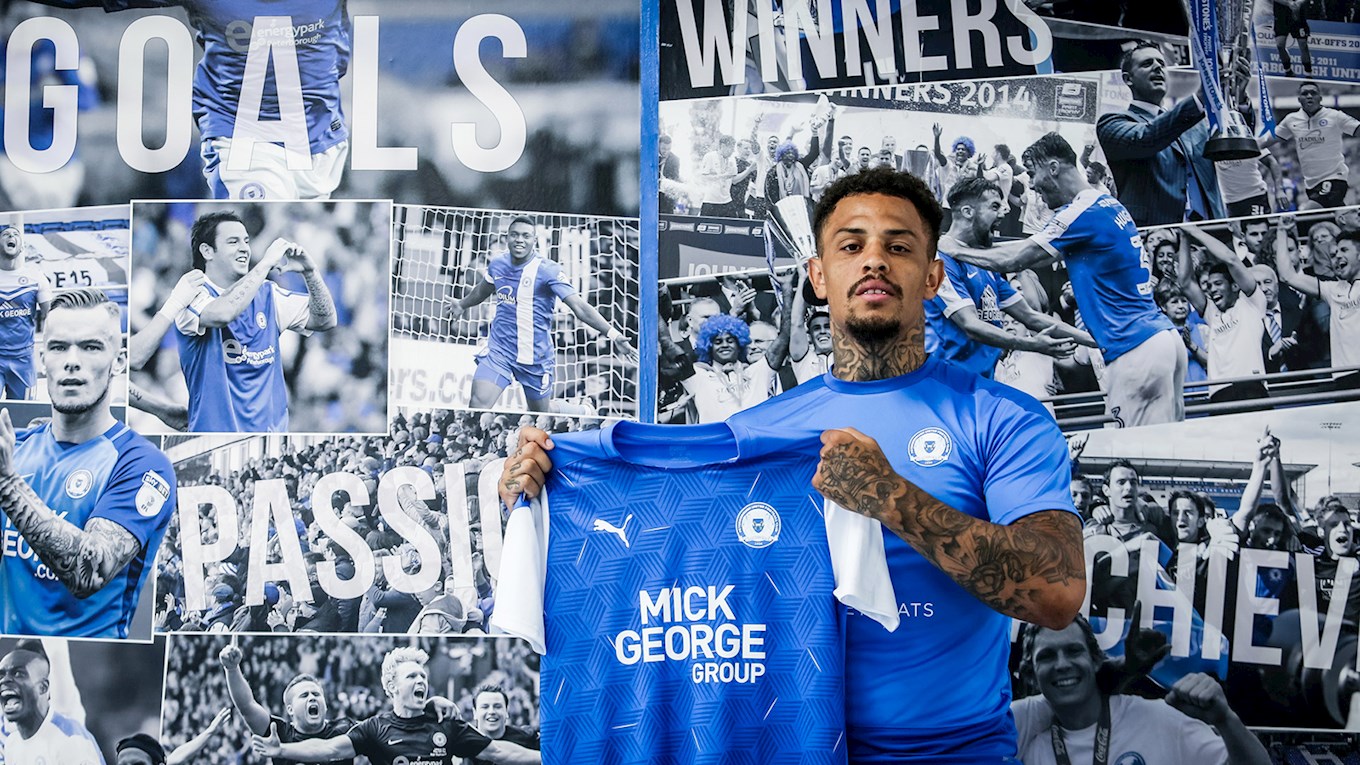 Peterborough United have moved to strengthen their attacking options with the signing of powerful Bristol Rovers front man Jonson Clarke-Harris for an undisclosed fee, with the 26-year-old penning a four year at the Weston Homes Stadium.

Clarke-Harris met his new team-mates for the first time on Thursday morning and subject to the completion of a medical, will feature in Saturday’s final pre-season friendly (behind closed doors) against Coventry City.

Manager Darren Ferguson was delighted to get the number one target tied down on a long-term contract and is excited about working with him. “Jonson was our number one target and I am delighted that the deal is done and am looking forward to working with him. His goal-scoring record in the last two seasons with Bristol Rovers has been very, very good.

“He gives us the physicality that we may lose with Ivan. The other strikers aside from Ivan, Mo, Dembs and Ricky are all very talented in what they do, but they don’t have that physicality and in certain games when it is not going as well as you would like with the ball, you need someone to get hold of the ball and get you up the pitch.

“Jonson can do that and more. He has matured as a player. I managed him when he was a kid, he has developed and has done well at this level and he is ready for this step-up to a team that is trying to get into the Championship. I am absolutely delighted that the co-owners have allowed me to bring him in, he is going to be a big signing for this football club.

“He is very good at set-pieces, in terms of free-kicks and penalties so that is something we will look at, he has a very good left-foot, there are areas we need to develop with his game, but he is ready for the challenge and is looking forward to it. We must make sure we don’t put too much pressure on the boy, I want him to play as he has been with a bit of development to his game because we have bought him for a reason.

“He has good experience of League One, he is a Leicester lad, so his family is not far from here, which is also important, and I am sure he will settle in quickly. He is not too far behind fitness wise so will play on Saturday and to be honest, it was good to get him in at this time before the season gets underway. My squad is about 95% done and I am sure there is closure on what I want to do with the squad.

“There have to be players that leave, with the salary cap and the amount of players that I am allowed in it, the players we have bought in recently means that some existing members of the squad will have to leave, that is just the way it is and it is something that we are targeting to complete as soon as we can,” Ferguson said.

Clarke-Harris, who didn’t make a senior appearance for Posh as a youngster when he was at the club previously, is determined to continue his development and is looking forward to the challenge at the Weston Homes Stadium.

“It is funny, Darragh and the gaffer are still here from my time before all these years later. I know what I can do. When I was here before I was so young, I didn’t really know who I was as a footballer, but I have worked hard and now know my game and I am really happy to be here. It has taken a little while to get over the line, but it is done now and I can look forward to the new season. I enjoyed my time at Bristol Rovers, they were great and I feel like that I have developed as a player.” Clarke-Harris said.

The 26-year-old scored 16 goals in 35 appearances for the Pirates last term including a double against Sunderland in his last appearance for the club. He has scored 61 career goals and becomes the sixth summer signing for Darren Ferguson.