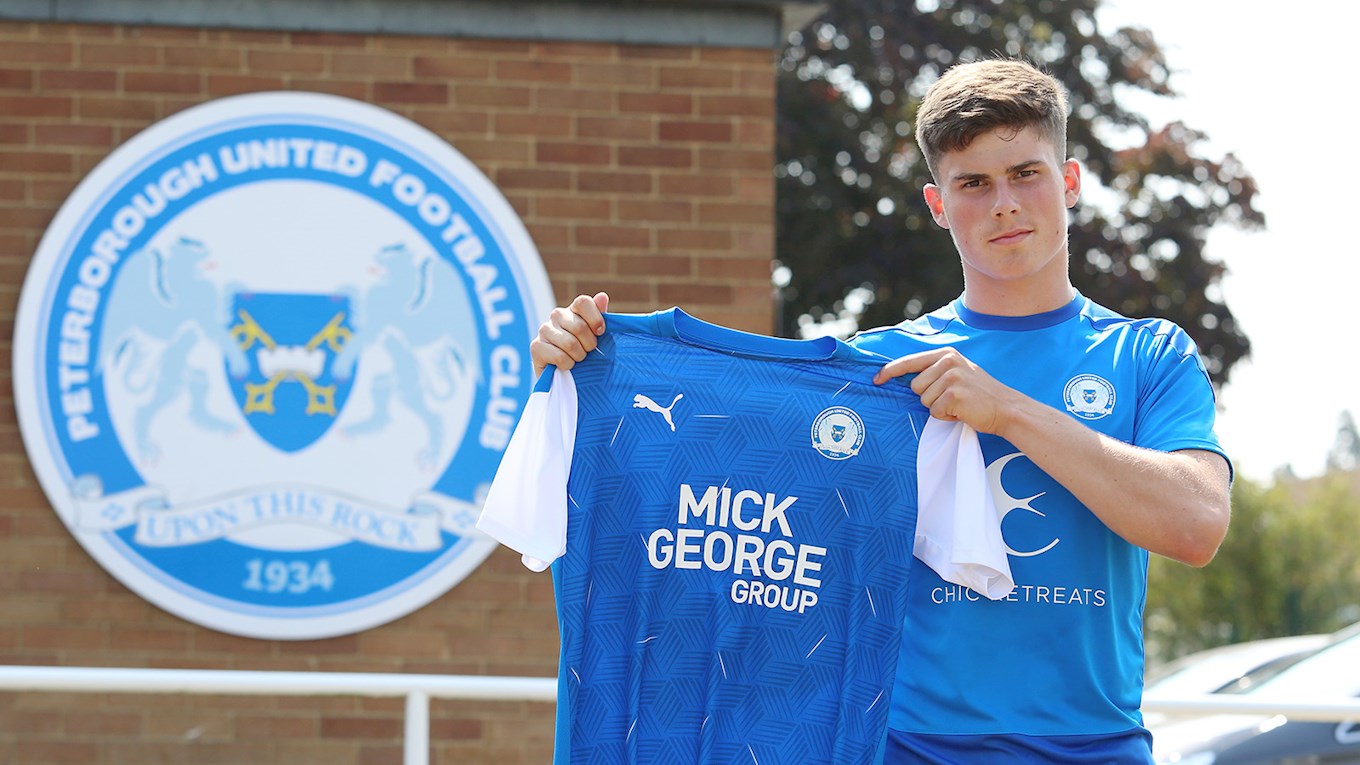 Peterborough United have completed the signing of 17-year-old defender Ronnie Edwards from National League side Barnet with the youngster penning a three-year deal at the Weston Homes Stadium.

Edwards was given permission from the Bees to train at the Mick George Training Academy and he featured in the victory over Peterborough Sports in a behind closed doors friendly. Manager Darren Ferguson admitted he didn’t take long to secure the signature of the teenager and is looking forward to working with him.

“Our Academy Manager Kieran Scarff brought him to our attention, so we got him in for a training session and he played in a friendly fixture and within 20 minutes of that game, I had made my mind up, he was excellent. He did everything I asked of him.

“He is a lovely lad, very mature for a 17-year-old and we believe he has real potential and I am delighted to get him into the building and am looking forward to working with him,” the Posh boss said.

Edwards has been with the Bees since the age of nine and made his debut for the senior team at the Hive in December 2019. He was involved in the Bees play-off squad and has attraction the attention of several league clubs. The completion of the deal is subject to the usual ratification from the EFL.

“I felt very welcome from the moment I walked into the dressing room,” Edwards said. “The manager gives young players an opportunity and I felt it was the right club for the next stage of my development. Barnet were great in allowing me to come in and train and play in a game for Peterborough and I thank them for that.

“It is hard sometimes to play in a game for a different club, but I tried to keep it simple and I was pleased with how things went. I am only 17-years-old, but I think that I am mature for my age and I am looking forward to this opportunity with Peterborough,” Edwards said.