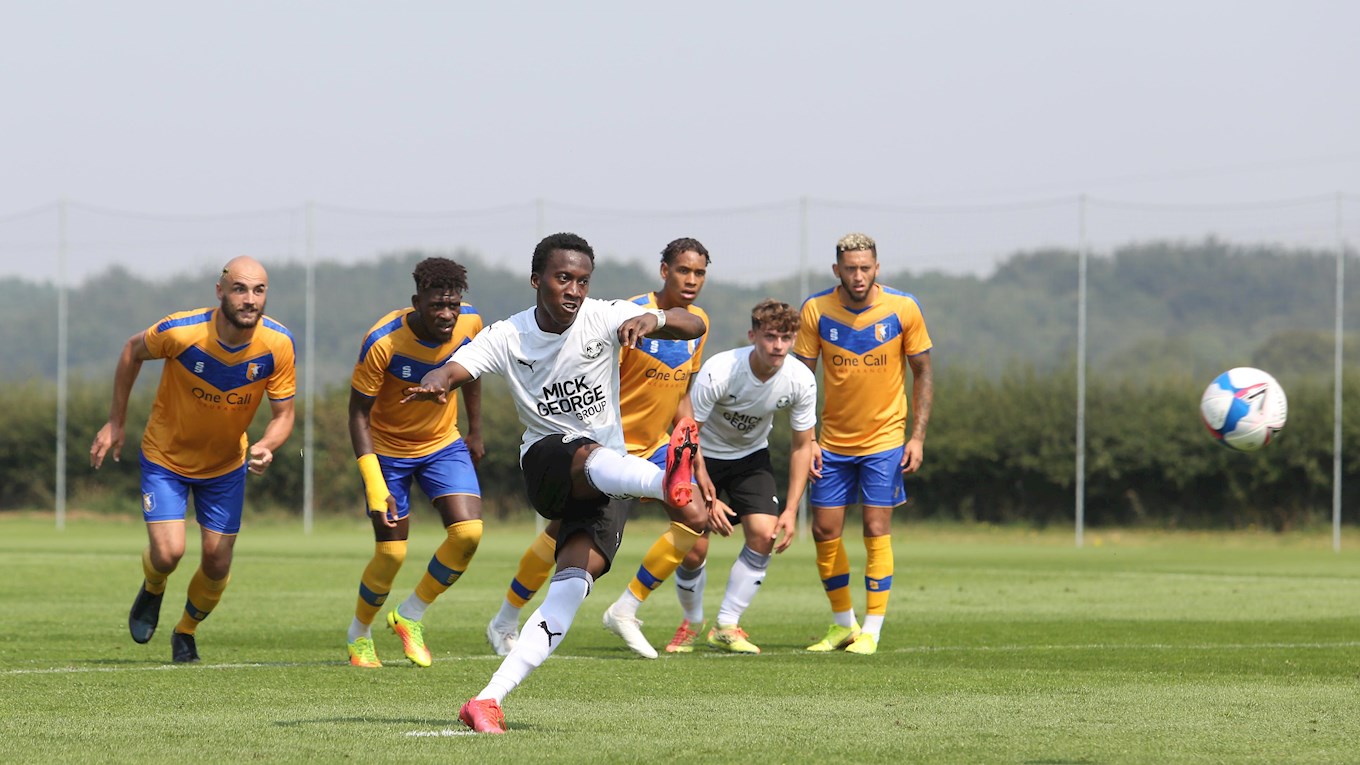 It was a step-up in opposition in testing conditions, yet Peterborough United recorded another pre-season friendly success with goals from Siriki Dembele and George Boyd securing a 2-0 victory over Sky Bet League Two side Mansfield Town at the Stags’ training complex.

DEMBELE converted from the spot after he had been felled by Walker and BOYD doubled the lead, rifling home with his left-foot after a fine pass from the influential Harrison Burrows. Posh were always in control of proceedings and the first hour’s XI and in particular, the second half hour, Ferguson’s side displayed some excellent football.

In the second hour, chances were at more of a premium with Jack Taylor firing over with a free-kick and Ricky-Jade Jones seeing a shot blocked. Mark Beevers produced a fine last-ditch tackle to keep out a goalbound effort from Andy Cook.

Serhat Tasdemir twice saw efforts blocked after good work down the right hand side by the energetic Idris Kanu. Posh are next in action on Saturday when they entertain Lincoln City in a 75-minute a half fixture.