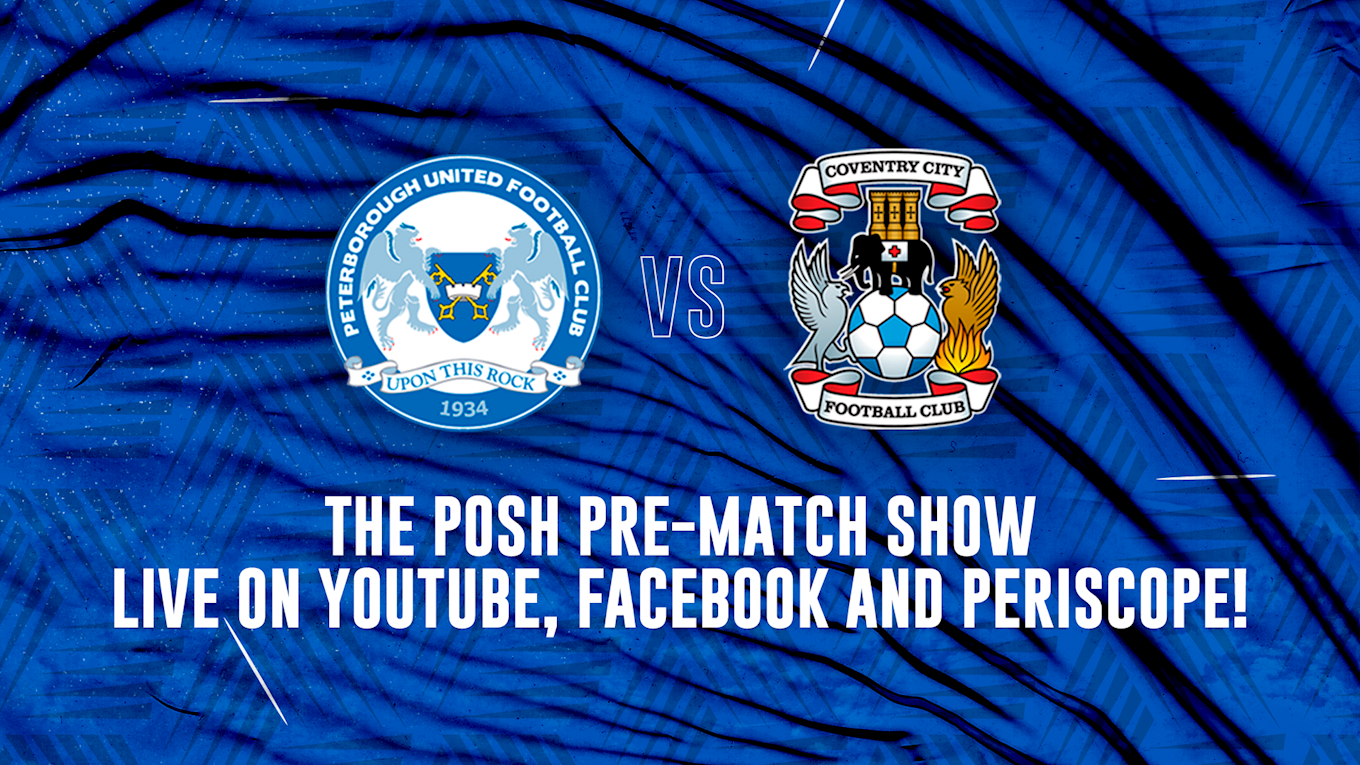 Fans will be able to watch a pre-match show live from the Weston Homes Stadium on Saturday.

Everybody at the football club wishes supporters were able to be inside the ground for Saturday’s home pre-season double header with Coventry City at the Weston Homes Stadium, but fans will be able to watch the action on a live stream and we are pleased to confirm the launch of a pre-game show, which will be free to watch via social media and the club’s YouTube channel.

The show, which kicks-off at 11.50am on Saturday (first game gets underway at 1pm) will feature a live interview with manager Darren Ferguson where he will discuss his team selection, formation and the opposition as well as a live chat with Operations Manager Sye Roberts on making the stadium ready for action following a challenging few months.

We also have an interview with midfielder Louis Reed, a look back at the pre-season training camp at St. George’s Park and an interview with Posh fan Jamie Jones, filmed during lockdown featuring his memories of watching Posh and how much the club means to him.

Press officer and presenter Phil Adlam said: “It is a real shame that fans are not currently able to watch us in action in person, but we have worked hard over pre-season to provide a stream for supporters so they haven’t missed a minute of the action from their home. Once again that stream will be available for the double header against Championship side Coventry City on Saturday.

“To bring an extra dimension, we, like many other clubs, decided that a pre-match show would add to the match day experience. This will be filmed live and as a result, I am sure it will not run like clockwork as it will be our first go , but we look forward to polishing the product over the coming weeks. We will be including exclusive content within the show and we want the feedback from the fans so email jake@theposh.com with your comments and observations.”