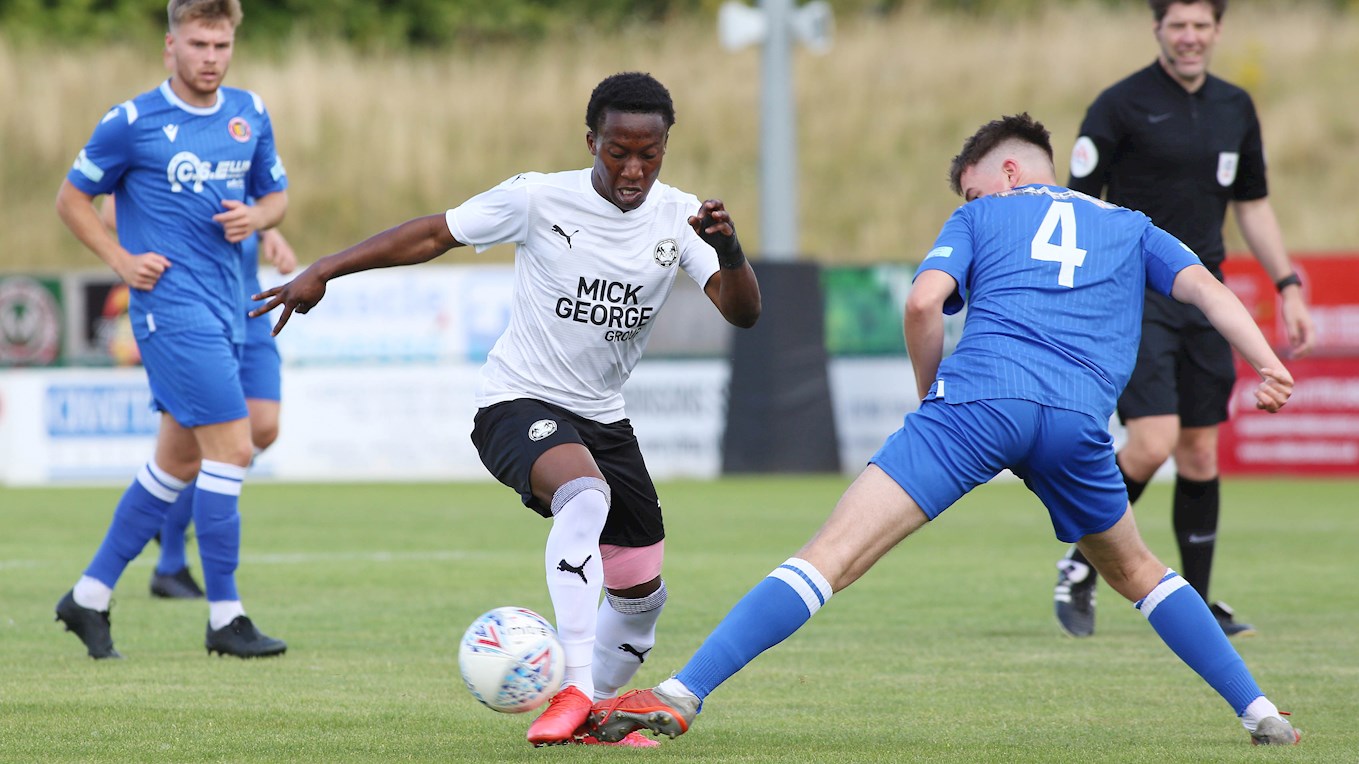 Bradley Rolt netted the winner for Posh in 1-0 friendly success at Stamford.

Peterborough United played their first 90 minutes since March in a behind closed doors pre-season friendly at Stamford on Saturday afternoon with manager Darren Ferguson deploying two different XIs for each half as the players got their first taste of action ahead of the new Sky Bet League One campaign, which gets underway on 12th September.

Posh, sporting their new third strip, always looked the likely winners but it was just a solitary goal that settled the contest with Brad Rolt, who was awarded a one-year professional contract after a prolific season for the under 18s, heading home the only goal on 72 minutes.

In what was a competitive friendly, Posh created a number of openings in the first 45 minutes, with the best falling to striker Mo Eisa, who latched onto a clever pass only to see his rasping drive tipped over the bar by the Stamford goalkeeper.

George Cooper saw an effort drift over the bar before testing the keeper with a curling effort as Posh got into some decent areas in the final third. Christy Pym was largely untroubled bar a few crosses into the box as the first half ended goalless.

Serhat Tasdemir was superbly denied by the keeper after a slick Posh move while midfielder Louis Reed saw a left-footed effort pushed around the post. The deadlock was broken on 72 minutes as a corner was only half cleared and young front man Brad ROLT leapt highest to nod home from close-range.

New signing Dan Gyollai made a superb stop two minutes later to preserve the lead, at full stretch to divert a powerful effort over the crossbar. Sirki Dembele and Idris Kanu both caused problems with their pace late on but despite an effort from Frankie Kent, which went wide, the score-line was not added too.