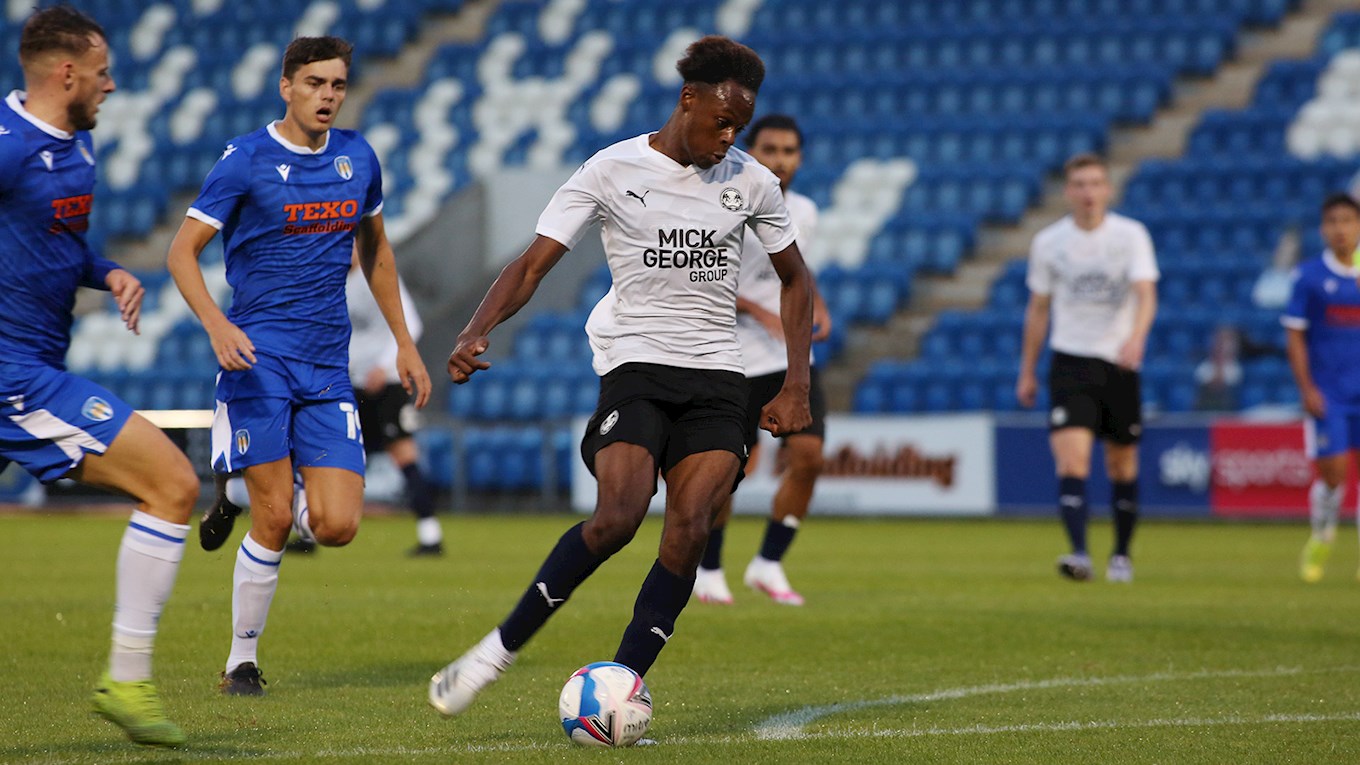 Ricky-Jade Jones scored twice in four first half minutes as Peterborough United recorded a second pre-season friendly victory at Colchester United with the majority of Darren Ferguson’s men getting 90 minutes under their belt as the preparations for the new Sky Bet League One season continued.

Niall Mason was denied by George on 17 minutes after latching onto a loose ball in the box as Posh made a bright start to the second friendly of the evening. The deadlock was broken just after the half hour mark as Ricky-Jade JONES received a pass, ran at the defender, shifted the ball onto his right-foot and then drilled a low strike past the keeper and into the corner.

Three minutes later and Posh were 2-0 up and again JONES was the scorer, using his pace to get in behind and then providing a composed finish to slot the ball past the advancing goalkeeper George. Posh should have had a spot kick on 35 minutes as Kanu tricked his way past the defender and was clearly upended, but the referee and the assistant referee both failed to spot what appeared a blatant penalty.

Boyd dragged a left-foot shot wide of the far post on 38 minutes after racing onto a flick on as Posh went in search of a third goal before the interval. Tasdemir fired over from close-range after another flowing Posh move with Jones’ cross-shot just coming too quickly for the former AFC Fylde man to keep down.

Tasdemir curled an effort over the bar after demonstrating excellent close control to move the ball into a shooting opportunity after Jones had done well to hold the ball up against the odds. McLeod curled a shot over the top for Colchester on 43 minutes after cutting inside onto his favoured right-foot.

Burrows saw a deflected effort pushed out by George as Posh continued to dominate the game. Kyle Barker replaced Reed late on with the midfielder limping off with a knock.