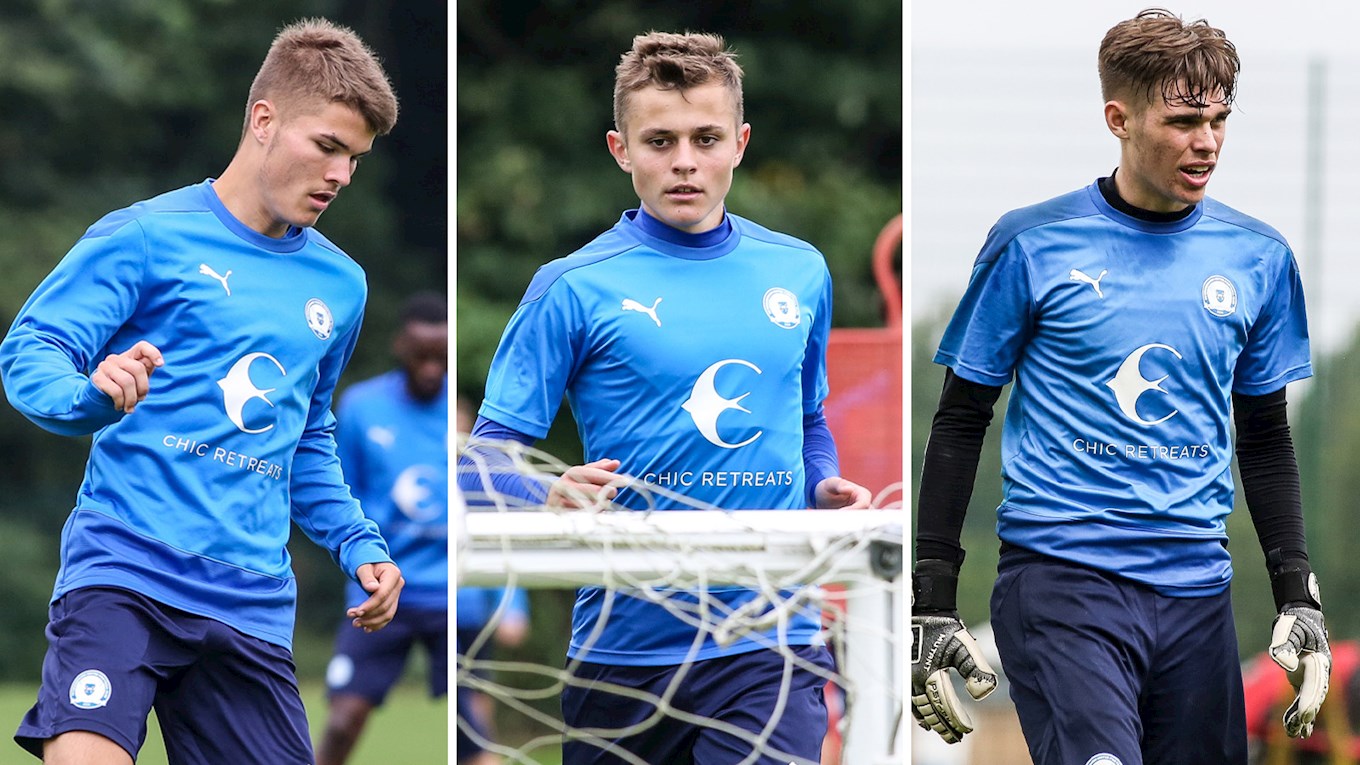 Ferguson On Development Of Young Guns

With the early conclusion of the Sky Bet League One campaign and the subsequent absence of football, it may have got overlooked that Peterborough United handed one-year developmental professional contracts to three Academy graduates and all three are now training every day with the first team group.

Goalkeeper Will Blackmore, midfielder Archie Jones and striker Brad Rolt have all been included in the squad for the opening two pre-season friendly fixtures with Rolt netting the winner in the 1-0 victory at Stamford last Saturday.
Ferguson explains the rationale behind the deals and believes the trio thoroughly deserve their chance to impress.

“Archie is a great lad, a wonderful personality and is a tough lad who really wants to be a player, so when we looked at making the decisions, we felt that certain players including Archie deserved a year’s development contract.

“We believe players can develop quickly in that year. If you wanted a player to succeed, it would be Archie because the way he goes about his business is second to none. He never gives you a problem, he knuckles down, he is incredibly professional, and he has ability, so we felt it was only right that we gave him that opportunity.

“Brad is a goal-scorer. His movement is very good, he knows what areas he needs to work on but his work ethic, the way he presses and scores goals, it became a bit of a no-brainer if I am honest. I don’t just give these contracts out willy-nilly; I gave a lot of thought in these decisions. I don’t want to give people false hope, I think it is important that they are given 12 months to see what level they can get too whilst training full-time with us.

“Brad has improved and both him and Archie may go out and get first team men’s experience on-loan while still training with us because we do feel that is important. Will missed a bit of time last season through injury, he has a lot of potential and there is a lot to like about him. Generally, as a goalkeeper, I would seek the opinion of Mark Tyler and he was absolutely convinced we should be giving him one. He has done very well, he is a good shot-stopper, very agile, needs to improve his feet in terms of playing out but he has good potential and we will wait and see what we do with him moving forward.

“I feel men’s football will enhance their development whilst training with us. Myself, Matty Etherington, Simon Davies and Kieran Scarff discussed this decision. It is a good healthy discussion; I trust their opinion. I think Matty and Simon are very good coaches and they are only just starting, so I think they will develop into even better coaches. Matty is already integrating with the first team and has been very good.

“I have known and worked with Kieran for years and has my 100% trust. He will always make the best decision for the football club and that is not always the case in that role. We may not agree on everything, but they will argue their case and I respect that,” Ferguson said.