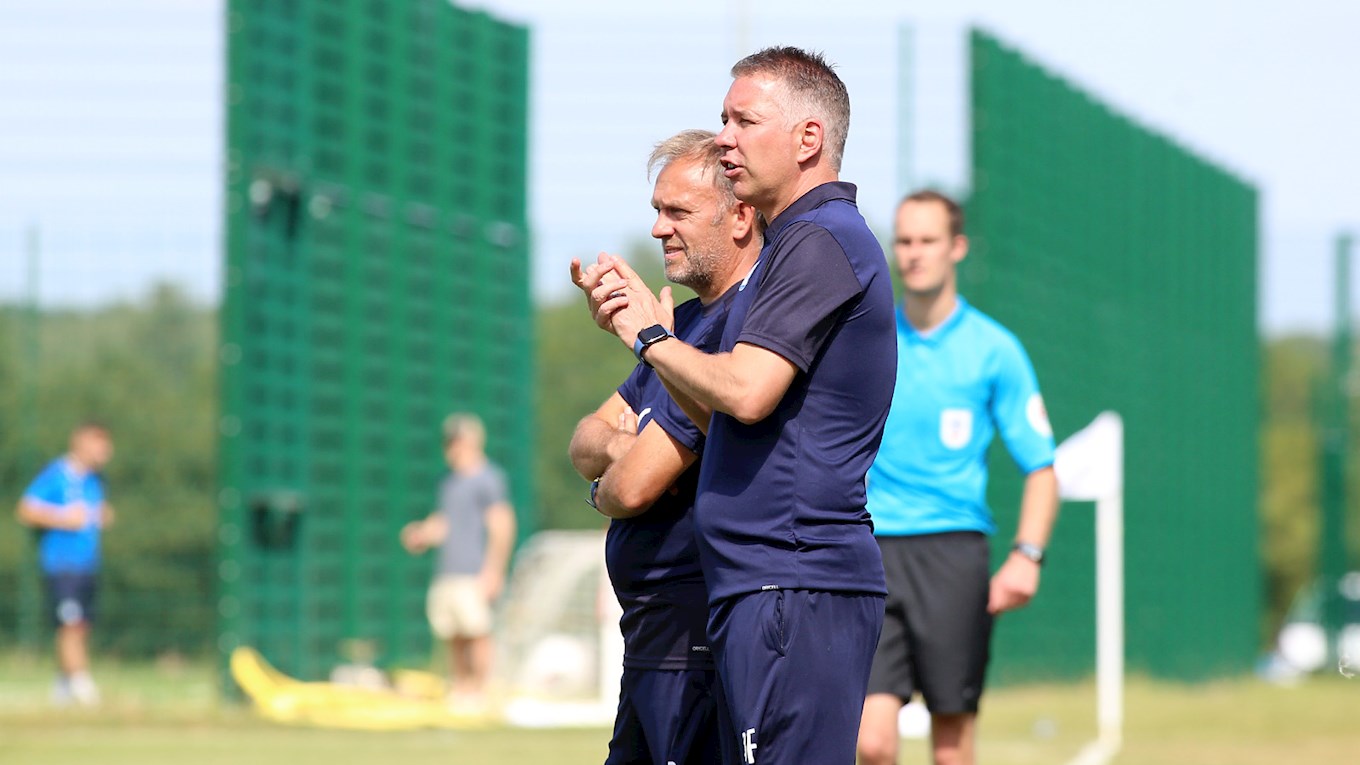 Posh boss pleased with the victory over Poppies at the Mick George Training Ground.

Peterborough United manager Darren Ferguson was pleased with his side’s attitude as his side chalked up an 8-0 victory over Kettering Town in the latest behind closed doors pre-season friendly fixture.

Young front man Brad Rolt netted a hat-trick, taking his tally to four in three matches so far, while Mo Eisa (2), George Cooper, Jack Taylor and Flynn Clarke were also on target in a thumping win for Ferguson’s men at the Mick George Training Academy.

“I was really pleased for Brad, two of his three goals were superb finishes and the last one demonstrates his pressing from the front, forcing the goalkeeper into an error. He is a goal-scorer, I have said it before, he is working really hard and getting his rewards.

“I think the goal of the game was probably George Cooper’s, a stunning lob from distance and we know that he has that in his locker, it was a superb goal. Mo Eisa took his goals well and that is what he can do if we get him the service, the service dried up in the second part of that first hour and that is something we need to improve.

“Overall, I am pleased. The players came through an hour which will be good for the fitness and there were lots of positives to take. There is still a lot of work we need to do with the group in terms of how we want to play, but we will continue to do that. At the end of the day, we have scored eight goals, we could have scored more and we kept a clean sheet.

“We have a step-up in opposition against Mansfield on Tuesday and that is how we have tailored our pre-season in terms of the games programme. The games are coming thick and fast but we need to be ready for the when the season gets underway in September,” Ferguson said.

Posh face the Stags behind closed doors at 12pm on Tuesday and supporters will be able to watch the game live for £5 via a stream. Find out more here: https://www.theposh.com/teams/pre-season-streams/