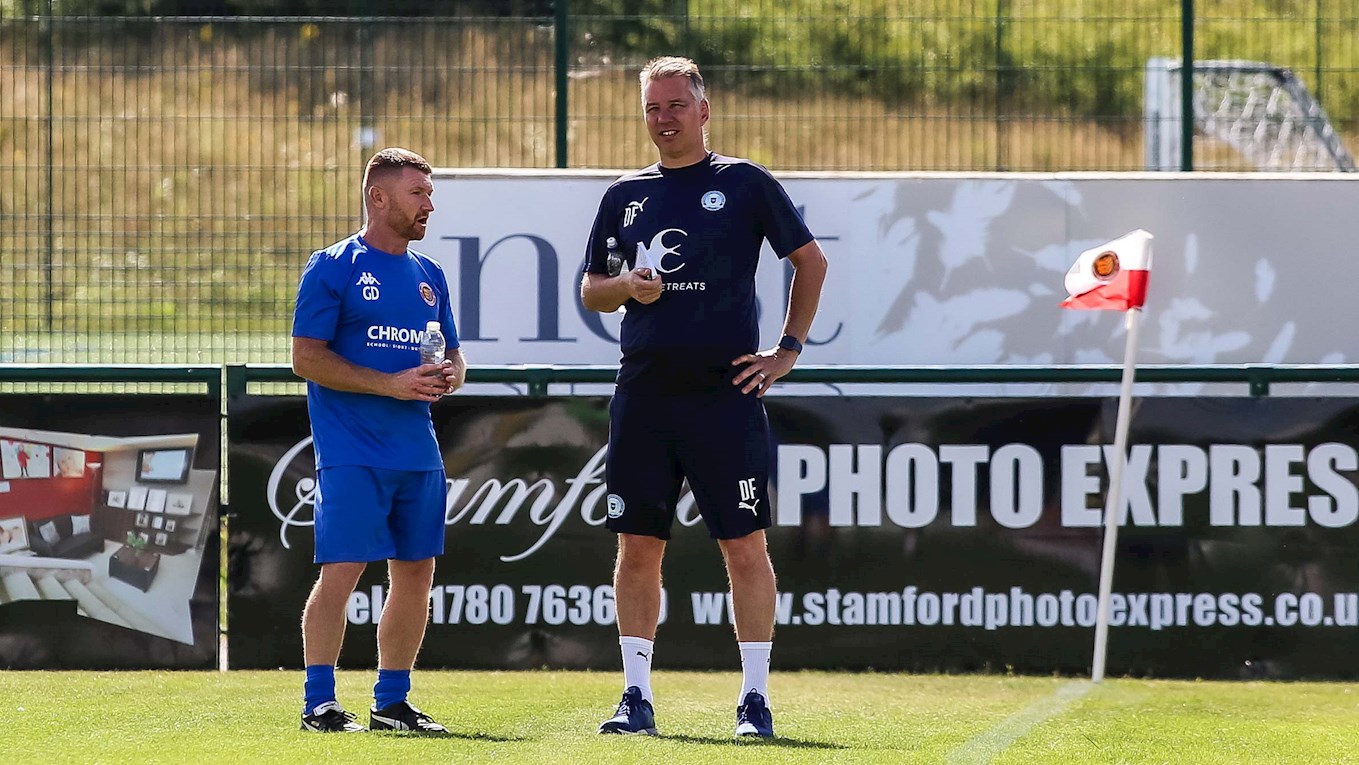 Ferguson | “It Is All About Fitness At This Stage”

Peterborough United manager Darren Ferguson was pleased with his side’s fitness levels in the behind closed doors pre-season friendly success at Stamford as the players returned to action after four months without a fixture.

The Posh boss admitted that he had to be “more vocal than he would have liked” and conceded “there was plenty to work on”, but with the friendly games coming thick and fast as preparations continue for the start of the Sky Bet League One campaign, Ferguson was content with the 90 minutes of work his players put in.

“In these early pre-season friendly games, it is always about fitness. Yes there are things you can look at from a tactical point of view, but what you want to see is your players coming through the games unscathed and getting fitness in the bank and that is what they have done.

“I did have to raise my voice once or twice which I didn’t expect. We were ponderous at times. We didn’t move the ball quickly enough or wide enough. but they made it difficult on a sticky pitch by just sitting in and that can happen. Stamford didn’t cause us too many problems, Dan made a good stop in the second half but a clean sheet is something that you have to be happy with.

“We have a lot of games in a short space of time in this pre-season and that will get us in shape for the start of the season. We have another game on Tuesday and we will get another 45 minutes into the players. I was pleased for Brad Rolt, he took the goal well and that is what he is, he is a goal-scorer.

“It was good to be back in the dugout. The players are a pleasure to manage, we have a good group and that is down to the recruitment that have done over the last 12 months,” Ferguson said.

Meanwhile, centre back Frankie Kent made his first appearance in a Posh shirt since February when he sustained a knee injury in the 4-0 win over Oxford United at the Weston Homes Stadium. He admitted it was good to get the first 45 minutes in the bank.

“It has been a long time for all of us in terms of playing and for me, it has been an extra month. It was a weird ending to the season not knowing whether I would be able to feature or not. I have worked hard and it has been good to get two solid weeks of training in since we have been back. It was a bit hot out there today but nice to get 45 minutes in the bank.

“It was a little strange in terms of the protocols on a match day. We have been used to things being a little different in training but to arrive in your kit and warm-up in your kit and the time of arrival is all very different but you adjust and get used to it. We are a good group and we are just playing with a smile on our face again,” Kent said.